A Rather Knotty Conundrum

Write a program to draw a 2-D diagram of a knot based on the knot's structure. A knot is exactly what it sounds like: a loop of rope that's tied up. In mathematics, a knot diagram shows where a piece of rope crosses over or under itself to form the knot. Some example knot diagrams are shown below: 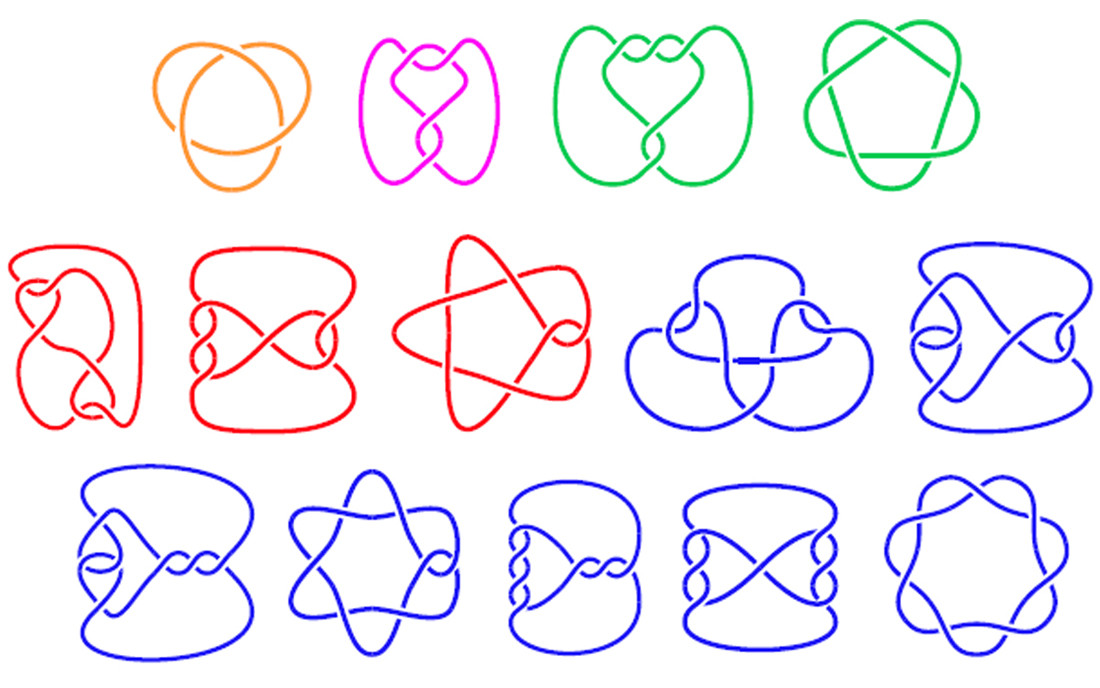 There's a break in the line where the rope crosses over itself.

Input: the input describing the knot is an array of integers. A knot where the rope crosses over itself n times can be represented as an array of n integers, each with a value in the range [0, n-1]. Let's call this array K.

The below image show knot diagrams, with labeled segments and the corresponding arrays that describe the knot. 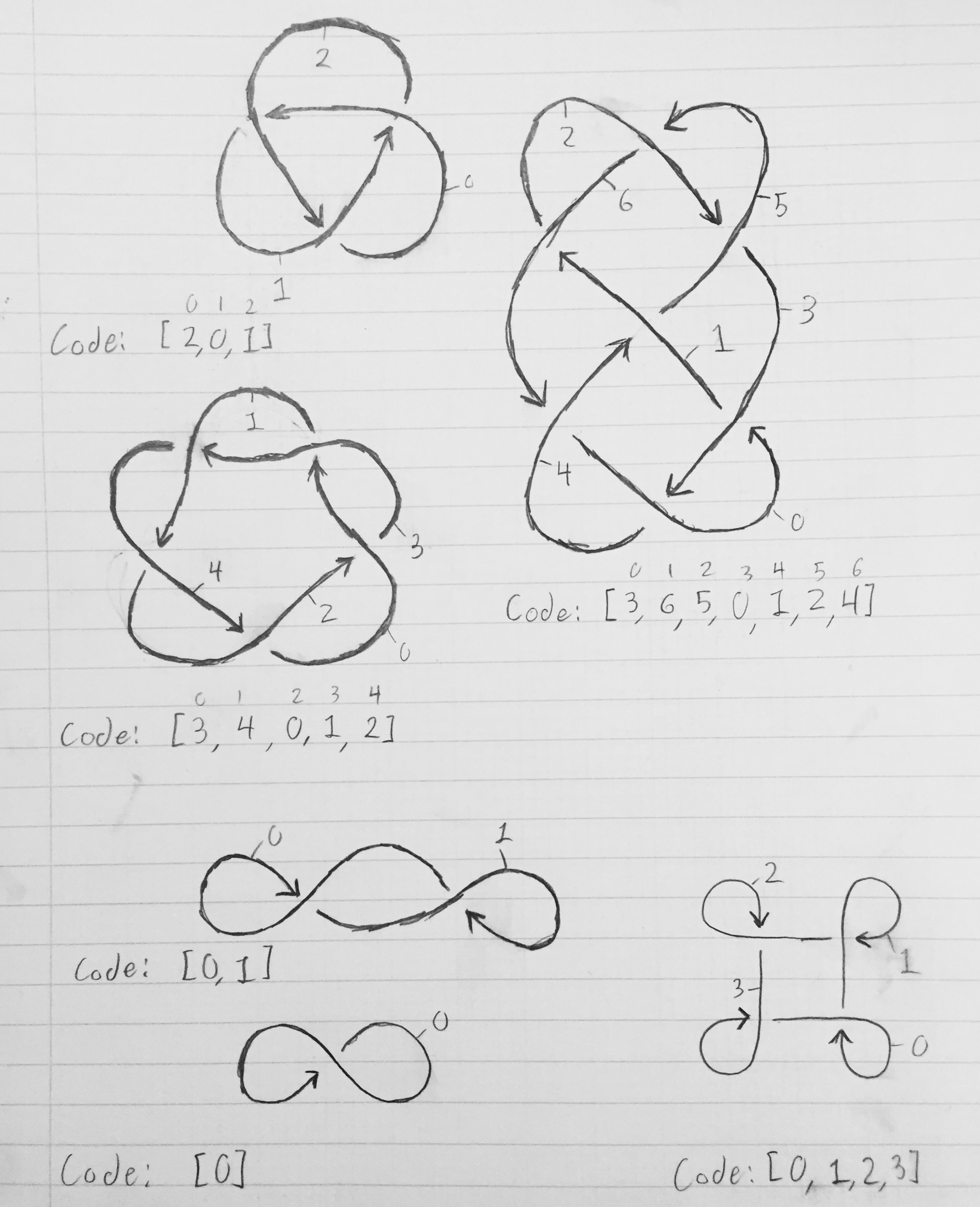 The top three diagrams are true knots, while the bottom three are loops of rope that cross over themself but aren't actually knotted (but which still have corresponding codes).

Your task is to write a function which takes an array of integers K (you could call it something different) that describes a knot (or loop of rope that's not actually knotted), and which produces the corresponding knot diagram, as described in the above examples. If you can, provide an ungolfed version of your code or an explanation, and also provide sample outputs of your code. The same knot can often be represented in multiple different ways, but if the knot diagram your function outputs satisfies has the input as one of it's possible representations, your solution is valid.

This is code-golf, so shortest code in bytes wins. The line representing the rope can have a thickness of 1 pixel, however under and over-crossings must be clearly distinguishable (the size of the break in the rope should be greater than the thickness of the rope by at least a pixel on either side).

Everything I know about my notation: I believe that there are sequences of values that don't seem to correspond to any knot or unknot. For example, the sequence [2, 3, 4, 0, 1] seems to be impossible to draw.

Aside from that, suppose that you take a crossing and, starting from that crossing, follow the path of the rope in one direction and label every unlabeled crossing that you come across with succesively greater integral values. For alternating knots, there is a simple algorithm to convert my notation into such a labeling, and for alternating knots it's trivial to convert this labeling into a Gauss Code:

Update: The previous version of the program was sometimes making crossings so tight that they wouldn't render properly, which violates the spec. I've added in some extra code to prevent that.

Update: Apparently PPCG rules require extra code to make the program exit and restore the state exactly as it was at the start. This makes the program somewhat longer and adds no algorithmic interest to it, but in the interests of rule compliance, I've changed it.

This is one of those problems where it's hard to know how to start. It's not obvious how to work out the shape of the knot from the notation given, because it doesn't let you know whether you're meant to bend the line to the left or the right at any given location (and as such, the notation might be ambiguous). My solution was, effectively, to use the old golfing standby: write an incredibly inefficient program which generates all possible outputs and then see if they match the input. (The algorithm used here is slightly more efficient, as Prolog can throw out the occasional dead end, but it doesn't have enough information to improve the computational complexity.)

The output is via terminal art. GNU Prolog seems to want a single byte character set that's consistent with ASCII, but doesn't care which one is used (as it treats characters with the high bit set as opaque). As a result, I used IBM850, which is widely supported and has the line drawing characters we need.

The program searches all possible knot images, in the order of the size of their bounding box, then exits when it finds the first. Here's what the output looks like for m([0]).:

Stack Exchange's syntax highlighter seems to have the wrong comment symbol for Prolog, so instead of % comments (which Prolog actually uses), this explanation uses % # comments (which are of course equivalent due to starting with %, but highlight correctly).

Not the answer you're looking for? Browse other questions tagged code-golf graphical-output knot-theory or ask your own question.