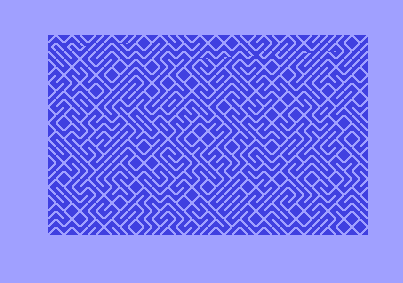 I guess you can use recursion.

I guess you can use recursion.

chopped off one character:

then remove the curly braces:

another trick, with the same length:

This one looks funny for me :

(Sorry to be out of subject here. I know this is not PHP)

unfortunately there seem to be no shorter aliases for Write-Host that don't cause a new line after every char.

For a "working" 7-byter, you could do t{├╗\/wq, which replaces the do-while-true with a simple for loop, and begins the script by pushing the current timestamp in milliseconds to the stack. Currently, that means about \$1.56*10^{12}\$ iterations, which is "infinite" for most applications. However, this is not a valid answer, so the official answer is still 8 bytes.

Thanks to @Ad├Īm for 5 bytes, and for pointing out that, with a little bit of CSS magic, TIO can print the actual pattern like in the image.

Saves at least 9 bytes over other python solutions here.

10
Write a book writer
69
Automate Saving the World
21
N-queen-and-equine quine
21
What did I just play? Translate guitar fingerings to chords