Random Golf of the Day #7: A distinctly random character

This is a guest entry for the Random Golf of the Day series.

No input is taken.

A single letter of the alphabet (case irrelevant), with an optional trailing newline. Each letter must have non-zero probability of being chosen, and all 26 probabilities must be distinct. To remove all ambiguity: Distinct means that there must not be two probabilities that are equal to each other.

This is code golf. Shortest code in bytes wins.

A valid entry is a full program or function that has zero probability of not terminating.

To avoid confusion, the particular alphabet to be used is the Latin alphabet:

As it won't be at all obvious from the output, please include a clear explanation of how you achieved the 26 distinct probabilities.

The first post of the series also generates an overall leaderboard.

To make sure that your answers show up, please start every answer with a headline, using the following Markdown template:

(The language is not currently shown, but the snippet does require and parse it, and I may add a by-language leaderboard in the future.)

The function c() simply calls ! twice, with initial argument z. In turn !c creates a character range from a to its argument c and pseudo-randomly selects a character from this range. The distribution of probabilities is as follows.

Or, if I'm allowed to skip the document class definition & setup, and just count the package import and functional code: 65 bytes.

pgfmathHex parses the expression and its (hexadecimal) result is then fed into \char which turns the code point into a unicode character. The expression itself is identical to many other answers here. 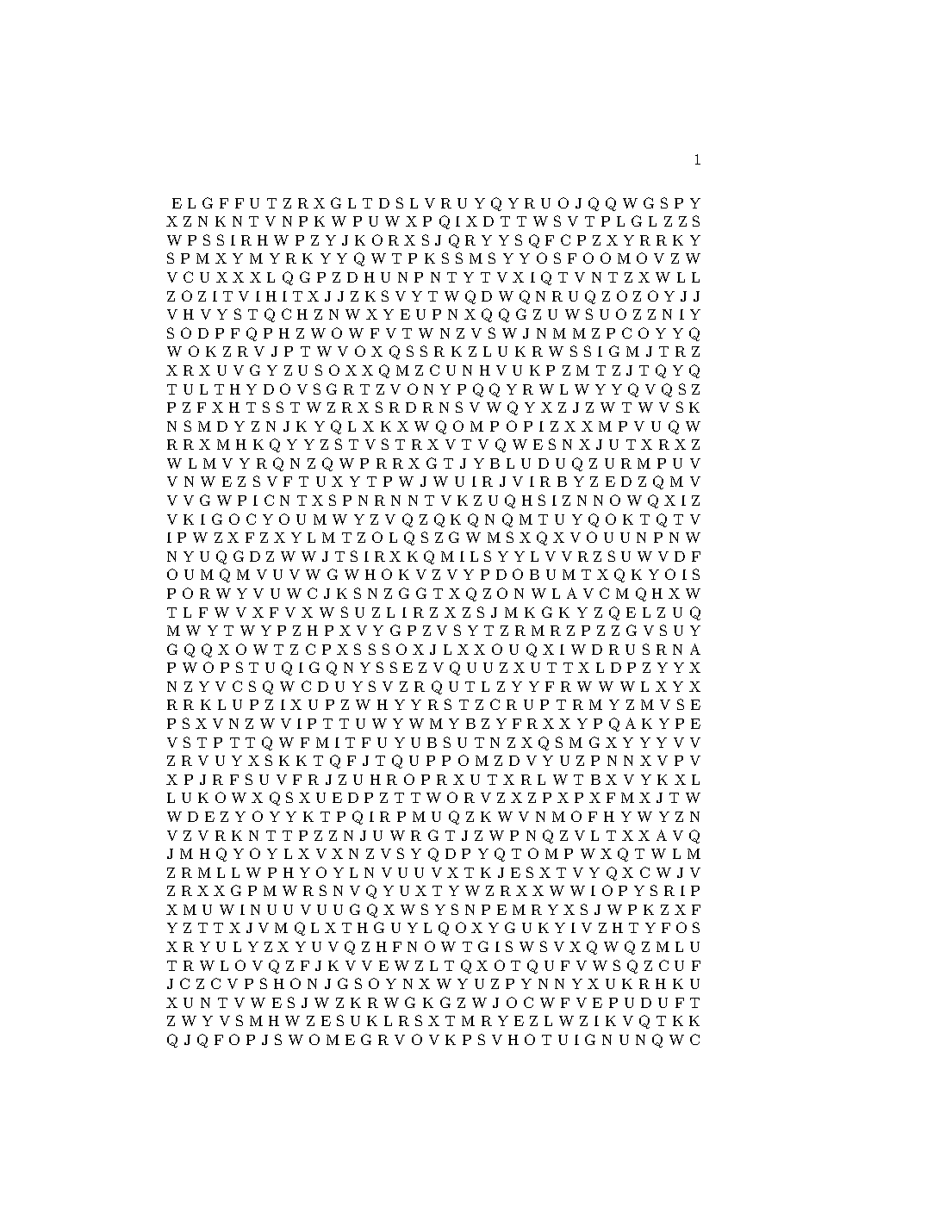 Thanks to Leaky Nun for fixing the chance distribution.

Surprisingly short for a C# answer.

It defines a function f that returns a random character between the given one and Z. It has a 1/3 chance of returning the current character, otherwise it recurses on the next. If the current character is Z, it always returns. Default parameter is A, so calling it without any argument satisfies the challenge.

This requires support for the POPCNT and RDRAND instructions.

A uniform distributed random number is generated, the number of 1's in that number is counted, if that number is less than 26, a letter is returned. One will need to let the code run a long time before one sees a letter A.

The analytical expression for the probability of each letter can be derived from the binomial distribution. The letter A is assigned index k=0, B is assigned k=1 and so on.

not using ['' x] instead of char(x) so I won't get warning: implicit conversion from numeric to char for "purer" output.

Below is the count for each generated numbers after 20000 iterations (using my first version of my answer). 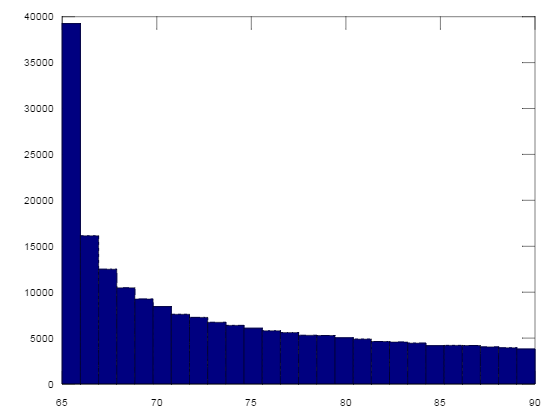 Takes each successive element from the range of 26 elements with probability 1/2. So the chance that one element is taken is 1/2, 2 elements - 1/4 and so on. After that subtract from 90 number of elements taken and turn it into char.

Applies the square root to RNG.

This answer uses the same approach as Dennis's Jelly answer.

How it works : (A..Z) is an array. $$ is process ID, which introduces some randomness. $$%27 is a number between 0 and 26 (inclusive, and roughly evenly spread). Calling rand on that produces a number between 0 and 26 (inclusive at 0, exclusive at 26), but biased towards smaller numbers. We then use that number for an array lookup, which we print.

$$ is random, but not cleanly random. We know that the chance of getting particular numbers differs, but not by much, and not in ways that are easy to predict cleanly. Therefore, the possibility of getting different each letter is probably not identical, but it's very close. If (and only if) we accept that probability{ $$%26 == x } is different for all x, then we could replace "rand$$%27" with "$$%26".

But if you check, you'll see that it's not perfect. There are three pairs of numbers that have the same probability as each other: K&Q, I&S, L&P.

(If you use actual PIDs, then depending on what processes are actually running, and depending on the highest allowable pid on your machine, you might get more clashes, or less.)

"15*sin$$" works better, only 2 clashes - but that is still 2 clashes. (Any number between 13 and 26 will work, in the sense of producing all 26 letters, because sin(x) spans -1 to +1 and perl treats negative number array look-ups as starting from the array end).

There might be some way of getting all 26 numbers, with different probabilities, using less (or no more) than the 8 characters that "rand$$%27" needs. But if so, it isn't coming to me.

This is somewhat stupid shortcut. The probability of exact zero double - the only (rand) to not break on condition (pos? x) - is around 1/(2^62) [source].

z is a built-in for the lowercase alphabet, h for 100. r is a special variable: each time it is evaluated, it generates a random number with uniform distribution, 0 <= r < 1. Thus, r*r*h squares the uniform distribution and scales it a hundredfold (saving a character over using 26). The result is used to index into z, auto-truncated and with index wrapping.

Not really competitive, but still an interesting algorithm I think.

Or, as a C expression (assuming r is a uniformly generated random number of type uint32_t):

Running this expression on values in the range 0...65535 gives the probabilities of the letters:

See this meta post for information about the code page.

A port of @Dennis's Jelly answer.

I think it's unfair that most of these are biased towards earlier letters.

Here's one that prints Z the most: