A positive integer \$k\$ is a Loeschian number if

The program or function should handle (say in less than a minute) inputs up to \$1000\$, or up to data type limitations.

Try It On Desmos! 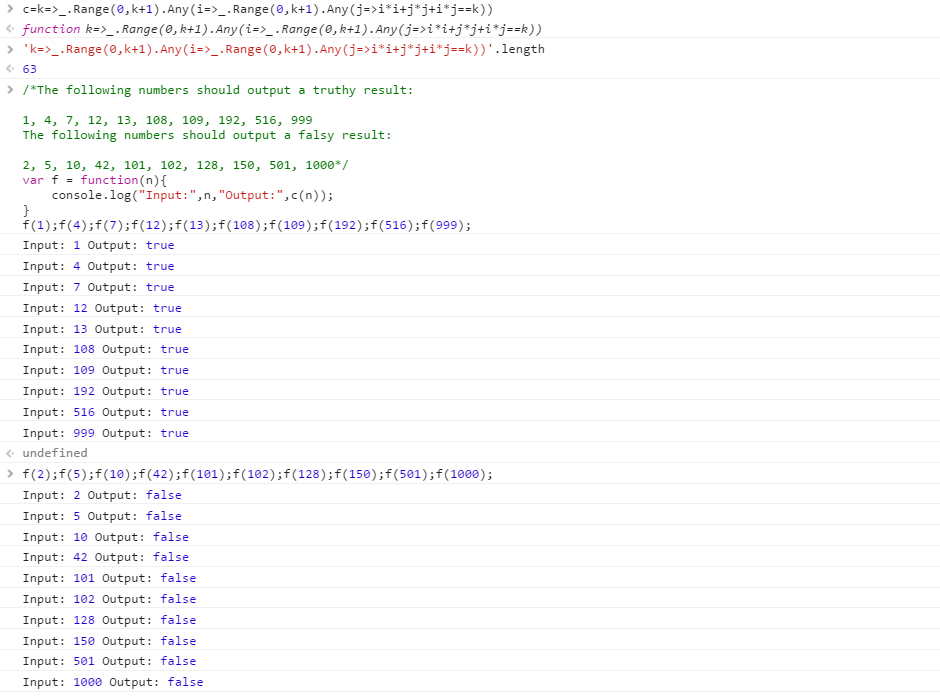 Try it online! or verify the test cases

Takes a long time for large inputs. Times out on TIO for the 501 and larger test cases.

by merging the loops to one:

pushed it a little further ...

Haven´t been here for a while. I thought I remembered that deliberate errors were forbidden; but I couldn´t find it. What I found instead was a deleted post in the loopholes thread that requested to forbid output to STDERR. Could someone refresh my memory?

The above GAP code is for a lambda-expression which returns true if k is Loeschian and false if not.

Its algorithm is nice and simple but the long names for some of those GAP functions make for poor golf, unfortunately.