Given an image with a line on it, produce or display an image with the line extended the the line to the edge of image. The line is black and the background is white. The image size is 100x100 The image comes in any reasonable format (e.g. jpg, png, ppm, bmp).

I'm using a simplified version of Bresenham's line algorithm for drawing lines. Lines will only have an integer slope so that the line will never partially cover a pixel but not color it: 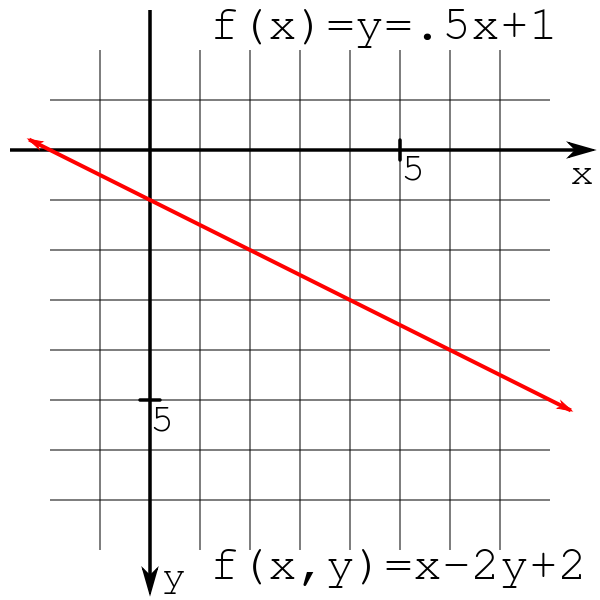 At a minimum the line will be 3x3 unless the line is straight, in which case you will only see 3x1 or 1x3 in the image. Lines will also have one side on the edge of the image, so you only have to extend it in one direction.

Example (.png, red line added so you can see it):

ImageLines detect lines in the image with method RANSAC. We take the first detected line and convert it back to an image. The whole function takes an image as the argument and returns an image.

Not the answer you're looking for? Browse other questions tagged code-golf geometry image-processing or ask your own question.

2
Crop an image to a square
9
Write a GIF encoder
20
Remove an unobstructed rectangle
21
Average Color of an Image
60
Black and White Rainbows
24
Flip It, Flop It, Mean It
15
Draw a Straight Line
23
The Chroma Key to Success
15
Quadrants passed through by a line