ES6 update: Turns out there's more features available to us now that five years have passed.

This version (45 bytes; yes, the let is required) works in ES6 strict mode in theory. In practice, you can run it in V8 (e.g. with node) with --use-strict --harmony-tailcalls; the Proper Tailcalls feature isn't widely implemented yet, alas. However, it's specified behaviour, so it should be fine.

If we want to stick to what's widely implemented, and not require strict-mode, we can simply use the ES6 fat-arrow syntax for functions but otherwise retain the same implementation as before (suggested by Brian H) for a cost of 48 bytes.

The choice of name for the single parameter doesn't really matter, but we might as well pick one of the names we use so as to minimise the global-scope pollution.

This version is a function expression; add two characters (e.g. " f") if you want it named. This version clobbers the globals a and i; this could be prevented if we added "a,i" to the parameter list.

Makes use of a reformulated version of the algorithm in order to circumvent the need for subtraction.

Here's a "plain" version without this adjustment:

Thanks to @ardnew for the suggestion to get rid of the 4* before the return.

This prints out 1000 digits; slightly more than the required 5. Instead of using the prescribed iteration, it uses this:

The 6637 (the innermost denominator) can be formulated as:

This implies a linear convergence. Each deeper iteration will produce one more binary bit of pi.

If, however, you insist on using the tan-1 identity, a similar convergence can be achieved, if you don't mind going about the problem slightly differently. Taking a look at the partial sums:

The outer series is the original, and the inner series is found by taking the average of each of the neighboring terms. A remarkable difference. But what's truly remarkable, is that this new series also has alternating convergence, and is absolutely monotonic with respect to its convergence point. That means that this process can be applied over and over again, ad nauseum.

In this way, full 32-bit floating point precision (~14 decimal places) can be achieved with just 36 iterations, at which point the partial sums haven't even converged on the second decimal place. This is obviously not golfed:

If you wanted arbitrary precision, this can be achieved with a little modification. Here once again calculating 1000 digits:

The initial value of p begins 210 larger, to counteract the integer division effects of s/d as d becomes larger, causing the last few digits to not converge. Notice here again that 3318 is also:

The same number of iteratations as the first algorithm (halved because t decreases by 1 instead of 2 each iteration). Once again, this indicates a linear convergence: one binary bit of pi per iteration. In both cases, 3318 iterations are required to calculate 1000 digits of pi, as slightly better quota than 1 million iterations to calculate 5.

Note that this avoids loss of significance by adding the numbers up in the correct order.

This reaches the criterion when input is 822.

Question: Does anyone know how he computed the Sin of 180 degrees? I don't.

This is the same function the problem poser gave as an example. It reaches the criterion in approximately one half million iterations.

This variation uses a few more characters but converges to criterion in only 9 iterations!

Counting a function name it's

That's 41 chars, but it also has to be compiled with -O2 to get the optimiser to eliminate the tail recursion. This also relies on undefined behaviour with respect to the order in which the ++ are executed; thanks to ugoren for pointing this out. I've tested with gcc 4.4.3 under 64-bit Linux .

Note that unless the optimiser also reorders the sum, it will add from the smallest number, so it avoids loss of significance.

Moved from 100 items of sequence to 1e6 items. Also now it's a code tagged and could be copypasted from browser to the console without errors.

Call p passing a positive odd number x and it will calculate Pi with (x-1)/2 terms.

The approach uses the given series indirectly using a numerical acceleration approach. The resulting output is

And then, since this is alternating, we can accelerate the convergence using

And it repeatedly applies this:

If you don't mind running for a really long while, then you could simply use

From the VBE immediate window:

Using Left() instead of Round() saves a character but also makes it more accurate to the definition of the challenge. I'm getting my character count from Notepad++. I do see that other systems may count differently.

The algorithm below is easier to read:

If you want to test this code and have Microsoft Excel, Word, Access, or Outlook installed (Windows only), press Alt+F11 to open the VBA IDE. Insert a new code module (Alt+I,M) and clear out Option Explicit if shown at the top. Then paste in the code and press F5 to run it. The results should appear in the Immediate Window (press Ctrl+G if you don't see it).

This creates a function of no arguments which will calculate a float which approximates pi correctly to five decimal places. Note that this does not bind the function to a name such as pi, so this code must either be evaluated in place with eval as (<code>) or bound to a name in which case the solution is

Meh, My python-fu is not strong enough. I couldn't see any more shortcuts but maybe a more experienced golfer could find something to trim here?

I don't know that I can get it much smaller without breaking the algorithm rule.

not sure the rules on anonymous subroutines, but here's another implementation using @FireFly's series construction

In case anyone is wondering, it's an elephant. 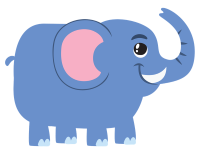 Output is a rational number expressed as a fraction: TIO header multiplies by 100,000 and rounds to nearest integer.

I cannot beat by far Peter Taylor's result, but here is mine:

My first try on console

Not the shortest possible solution, but maybe interesting. It's a geometrical one. I calculate the area under a circle.

I got another funny approach, but it's really slow. It counts the number of discrete points in a square that are below a quarter circle and calculates pi from it:

It expects the number of iterations as command line argument. Here you can see how run time relates to accuracy. ;)

Pretty straightforward calculation of the given series.
CJam is http://sf.net/p/cjam

Try it on Desmos

Pretty self-explanatory coding of the sequence. An array-based method, while it sounds like it should be more efficient, runs into Desmos' limitations on array length.

One byte shorter than aditsu's answer. ;)

Does the same thing, but I like this better for some reason.

Not the answer you're looking for? Browse other questions tagged code-golf pi or ask your own question.

5
Maclaurin series of Black Box Function
12
Calculate the cube root of a number
20
Let the trigonometry begin!
15
What's that number in Shortlex?
18
Output the juggler sequence
29
The Pedant's Cosine
32
Binary Fibonacci
13
Terms of the EKG sequence