Given an element name, output its electron configuration.

Your input will be the full name of each element (the range being from Hydrogen, 1, to Calcium, 20) with some exceptions - you should be able to account for the following inputs:

Note that inputs "sodium" and "potassium" must still be valid.

The first letter will always be capitalised.

You can refer to this webpage for guidance on how to generate an electron configuration diagram.

The following list shows the maximum number of electrons in each shell:

An example output of the electron configuration is the following: 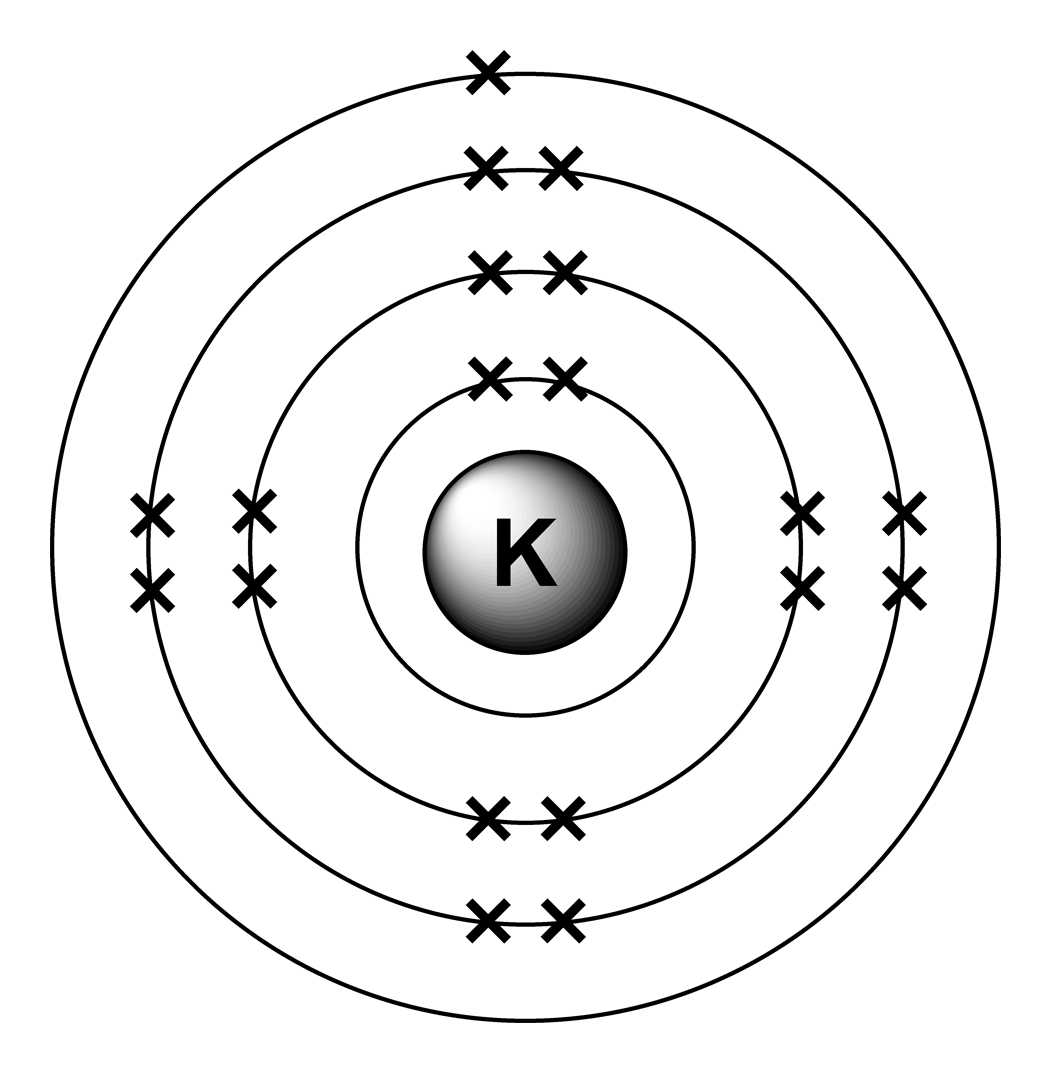 In the centre of the diagram must be the element's one to two letter symbol.

Either dots or crosses may be used and where they are placed does not matter.

The output does not have to be exactly like this but it does have to be an ASCII graphic. The one thing it cannot be is in the form 2.8.8.1 or any other form like this.

The circles are not necessary

Built in functions which access the periodic table of elements or produce diagrams or electron configurations are hereby disallowed.

The shortest program in bytes wins.

See at the bottom of the post for how to test the old code with Octave.

This code takes the name of the element (including Kalium, etc.) and displyas the output in ascii format now that the rules have changed.

The rules changed since I wrote the code to require an ASCII output. I have updated my code to do this at the expense of 14 bytes. I have saved 9 bytes by getting rid of the reshape() and just making the a matrix the right shape to begin with.

Here is an explanation of how it works:

This is the output for Hydrogen (ignore the dots, they are to avoid the lines being removed when showing here):

And here is the output for Calcium.

And the output for Natrium, which now works properly (before Natrium it would result in Nitrogen!).

The new version of the code doesn't work with Octave as it uses spiral() which is only present in MATLAB.

You can however test the old code using the Octave online interpreter:

Run that, then enter a string like: 'Hydrogen' (including the quote marks). Once it is done, you will have to click the expand plot button (looks like a little graph symbol in the top right corner of the interpreter) to get it to show the full thing. In Octave it unfortunately add lines joining the points, this does not happen in MATLAB. But at least it allows you to test the logic behind it. As I say, this is still a graphical output, but you get the idea of how the elements are looked up.

thanks Thomas and Beta for pointing out some things that should've been obvious to me, saving me some bytes

Not the prettiest of programs or outputs, but hey, we needed something to kick this challenge off. Try it online.

Not the answer you're looking for? Browse other questions tagged code-golf ascii-art chemistry or ask your own question.