Given a table of wins, losses and draws, output the result of each match in a sports tournament

This question is inspired by ongoing tournament of "the hooligan's game played by gentlemen", the Rugby World Cup, which has just completed the pool stage. There are 20 teams in the tournament, and they are divided into 4 pools of 5 teams each. During the pool stage each team plays against all the other teams in their pool (a total of 10 matches per pool), and the top 2 teams of each pool progress to the knockout stage.

For example, here is the table for Pool D of this year's tournament:

Some tables are unsolvable, for example this year's Pool B, in which 3 teams got the same W/L/D totals:

However some tables with duplicate rows are solvable, like this (fictional) one:

Your program or function should accept 15 numbers specifying the win, loss and draw totals for each of the 5 teams. You can use any delimiter you want, input the numbers in row or column major order, and accept the numbers either via stdin or passed via an array to a function.

Because wins + losses + draws = 4, you can omit one of the values and work it out from the others if you wish, meaning that you only have to input 10 numbers.

You don't need to input any team names.

Your program or function's output should be in the form of a 5 x 5 grid printed to stdout, or an array returned from a function. Each element should specify whether the team given in the row position won, lost or drew against the team in the column position. The row ordering for the output should match the input. You can define what denotes a win, loss or draw, so the letters W, L, D or digits 0 1 2 or whatever you want can be used as long as they are clearly defined and can be distinguished from each other. Diagonal elements are undefined, you can output anything, but it should be the same in each case. Values can be separated with commas, spaces or whatever character you like, or not character. Both input and output can be formatted with all values on a single line if desired.

If a table does not have a unique solution then you must output a simple error message of your choice.

This is code golf so the shortest program in bytes wins. 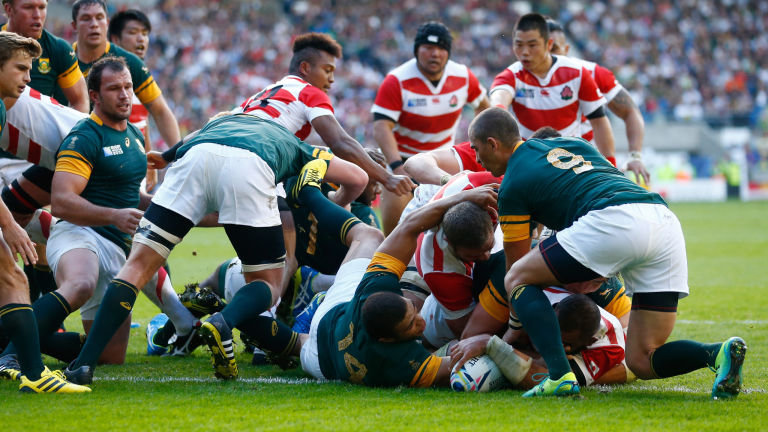 This is an anonymous function that pops a two-dimensional array from the stack and leaves one in return. It contains 2 for wins, 1 for draws and 0 for losses. It also contains 1 for diagonal elements , for which you can output anything. If the problem isn't solvable, the function returns -1.

The code will work online, but it will take a while. Try it in the CJam interpreter.

How it works: brute force! Create a list of wins/losses/draws according to the input, e.g. [3,1,0] -> [1,1,1,-1], permute, build all combinations, insert diagonals and keep all tables that are equal to their transposition with all elements negated. Take the first one.

5
Organize a tournament
13
Create a World Cup guessing program
12
Cops and Robbers
16
Find the outcome of a game of War
10
Can my favourite team still become Football Champion?
13
Rock, Paper, Scissors, Lizard, Spock Tournament
13
Determine the Winner of a Game of Australian Football
12
Lead your team to win the wrestlers world championship!
12
Resolve a Super Auto Pets Round