Counting cycles in a folding and squashing process

In chaos theory, the horseshoe map is an example of how chaos arises in a simple process of folding and squashing. It goes like this: take an imaginary piece of dough, fold it, and finally squash it to its original size. Chaos arises in the pattern of how the pieces of dough end up in the final arrangement after n iterations. 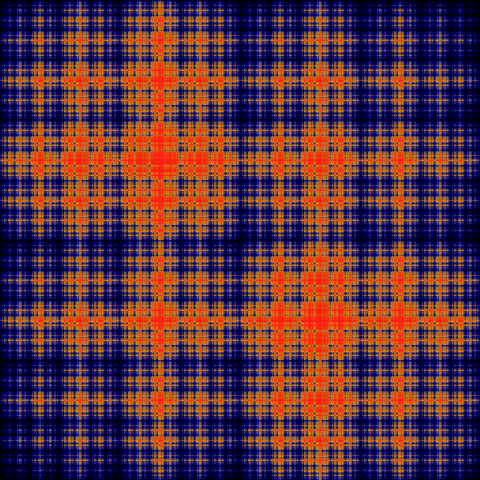 In our case, we'll take a look at how a simple binary pattern behaves when we fold and squash it. Here are the steps with an 8-bit example (the binary representation of 201 or 11001001).

If we repeat this for this example, we can see that after 4 iterations, we are back to the original bitstring:

Nothing fancy, it just applies the map until we get back to the input, and print the number of iterations that took.

Thanks to agtoever for 27 bytes!

I'm typing this on my phone, so please make sure to notify me of any mistakes.

A full program which takes a single number as input.

The traj function does a lot of heavy lifting here(thanks to Bubbler for suggesting it and helping ot golf this).

The (,,⍤0)/ idiom from APLcart is used to interleave lists together, but instead this uses ,/↓⍉⌽ since it is a matrix.

Not the answer you're looking for? Browse other questions tagged code-golf binary or ask your own question.

18
Reverse and square
37
Folding Numbers
10
Super Folding Numbers
98
Where's the 0xBEEF?
46
Count down from "Infinity"
9
Use letters to make numbers shorter
13
Pólya urn flip and roll
15
Chunk + Enumerate a list of digits
22
Display the exponent from a binary floating point number as a decimal value