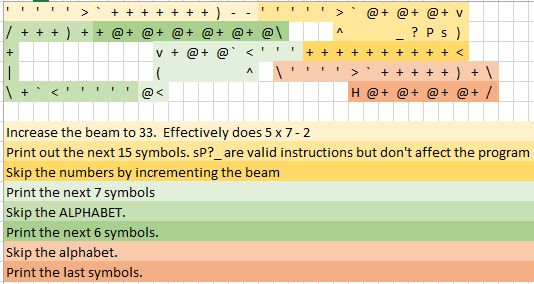 48
Print all alphanumeric characters plus underscore
58
Write the whole of the holed using the unholed
17
The Symbols vs. The Letters

57
All Your Base Are Belong To Us (Restricted)
15
Alphanumeric balance
19
Calculate the size of the moon
18
The jQuery showdown
20
String to ASCII Art Text
22
Score a hand of Hearts
14
Is it a valid penalty shoot-out prefix?