Original used array selection, but was one byte longer than a minor variation of TimmyD's answer

The only real trick involving use of double negation to make anything non-zero a 1 while leaving a zero a zero.

I would have left this as a comment on TimmyD's answer, but I lack the reputation.

EDIT: GAH! I see, now, that the original array implementation was naive insofar as my not having read through the other solutions and realizing that it was already in use ... multiple times over. I leave it here, but shamefacedly admit my ignorance.

And now for the longest solution. I think I could compress this a bit more, but the brain is getting a little fried. I'm pretty happy I got it working though. Rearranged it slightly to gain a few.

Gets value from Memory 1, decrements it, sets Store to 0. If value <> 0 change direction down, otherwise pass though.
Do the same with Memory 2. Finally if it gets down there, print out the current counter from memory 0.

Another div 5 checker to catch FizzBuzzs. Prints out Buzz and resets memory slot 2 to 5.

Increments the counter, prints a newline, decrements the loop counter and exits if required.

Saved 2 bytes thanks to @Mauris

I'm sure this can be golfed more, any suggestions are welcome.

Because misusing a (POSIX conformant) printf is not that bad, after all:

I think I fried my brain making this...

Decided to come back to this and make it conform to specification while shaving some bytes off. Look, no extra spaces!

Same side length as M L's solution, but a bit smaller.

Coloured 77 byte version (only difference is the bottom right corner): 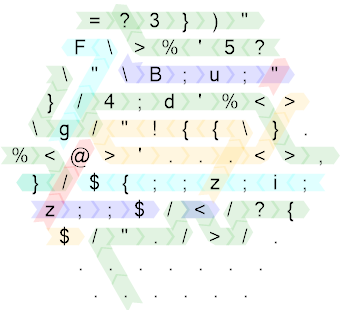 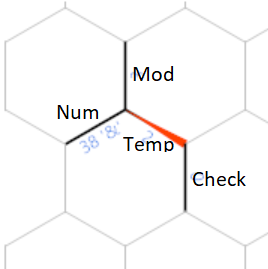 Below I'll be referring to the instructions as they are executed, ignoring no-ops and direction changes.

At the start we execute =?3})"%< which increments the counter (initially 0) and checks whether it is divisible by 3. If so, we branch up and execute "F;i;z;;{ which prints "Fizz" in the check edge and returns to the temp edge.

}?5'%>: Now we check if the number is divisible by 5. If so, B;u;"z;; prints "Buzz" in the check edge (the " is out of place to prevent printing an excess character at termination). If not, we execute an extra instruction to switch to the check edge.

Finally, d'% checks if the number is divisible by 100. If so, it terminates. Otherwise, it moves to the start of the loop.

-8 thanks to Wheat Wizard

Gosh, it's nice to finally check this off my to-do list.

Brain-Flak is obviously not very good at getting the modulo of numbers, so I bypassed this by pushing all the elements first.

Now 1 represents normal numbers, 2 represents Buzz, 3 is Fizz and 4 represents FizzBuzz. Initially I just pushed the values that repeat every 15 numbers 7 times and popped the excess 5, but this way turned out to be slightly shorter.

EDIT: Used @Taylor-Scott's suggestions to tighten it up. Relies on the meta discussion about counting characters when your IDE forces whitespace. Specifically the conclusion that if you can paste the code from the answer into the IDE and run it without issues, then you don't have to count the results of autoformatting.