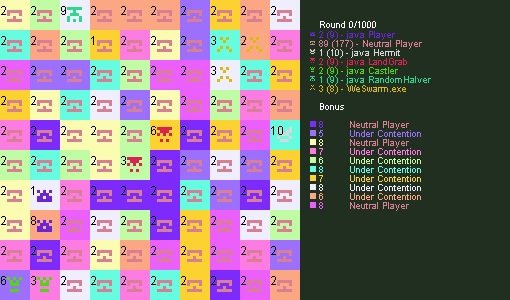 17
The Easter Egg Hunt on the Hill
18
Slime: The Territory War
54
Four-Man Standoff
11
Simple Pazaak (Star Wars Card Game from Knights of the Old Republic)
50
You are the Weakest Link, Goodbye
20
Connect-n time!
24
KOTH: Everybody loves tokens
27
Team of The Hill!
7
Let's play POKE!
37
Splix.io - King of the land