In some cases, often in physics, you have to sum graphs. Your challenge is to write, in a language of your choice, a program or function that takes multiple graphs as images, calculates all possible sums, and outputs the result. 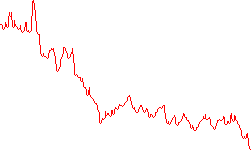 The values of the script are represented as the Y positions of the colored pixels. The value at a certain X coordinate is equal to the Y position of the uppermost colored pixel in that column, with coordinates starting from 0 at the bottom left. There may or may not be additional colored pixels below those pixels for aesthetical reasons.

Your task is to write, in a language of your choice, a program or function that takes multiple graphs as images, calculates all the possible 2^n - 1 sums, and outputs the result.

A sum of graphs is a graph where each column's value is equal to the sum of the values of the corresponding column in each of the input graphs.

The graphs will come in multiple colors. The result image must contain all possible sums of the graphs as other graphs, including the original graphs but excluding the zero sum.

The resulting image should be as high as required to fit all graphs. This means you may have to output an image larger than any of the inputs.

The order in which the resulting graphs are drawn to the resulting image does not matter, i.e. if result graphs overlap, you may choose which one is on top, but it has to be one of the graphs, not a combination of their colors.

You may assume that the input images are of equal width, that all columns of the images have at least one non-white pixel, and that the heights of the images (including output) are below 4096 pixels. 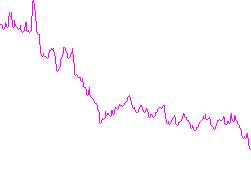 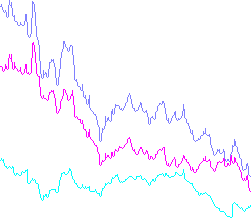 (In case someone is interested, I copy-pasted the data for these from random companies' stock charts. That was the first way I found to get realistic data as CSV.)

Here is a Python 2 script that generates graphs. Input is given in lines, with the three first lines as the RGB color and the rest as data, terminated by EOF. 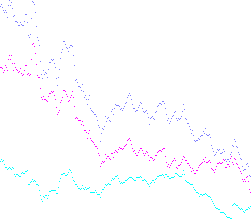 That was a tricky one, high-level array operations and using arrays as indices helps a lot here. I dont expect to see solutions under 1000 bytes except in Mathematica and Matlab

Not the answer you're looking for? Browse other questions tagged code-golf graphical-output image-processing or ask your own question.

29
Create icy avatar images for the winter season
20
Force an Average on an Image
24
Flip It, Flop It, Mean It
9
Reverse Bayer Filter of an image
14
Blunt the Images
28
XOR two monochrome images
22
Extract an RGB channel of an image
22
The Chroma Key to Success
13
RGB to Xterm Color Converter
9
Sub-pixel Zooming