Calculate the size of the moon

The size of the moon mystery

I am sure you have heard that the moon changes its size. When you're in love and you're lucky, the moon is almost twice in size compared to normal situations. Some people say the reason is the atmosphere which acts as a lens. Others think that it is only a matter of comparison to other objects such as trees nearby. Whatever explanation you read, it's quite subjective.

The size of the moon science

Ok, we're programmers, aren't we? We rely on facts, right? So here's the experiment:

The camera won't lie, would it? By counting the bright pixels we can effectively measure the size of the moon - at least in pixels.

If the size is the same across all photos, then it's a bug in our brain. If the size differs, then there's room for speculation

But I'll leave that open until your task is completed. Of course you want to know in advance if your software can calculate the moon size accurately.

Given a few optimized pictures of the moon, please calculate the size of the moon. The optimization is: the pixels are either black or white. Nothing in between. No antialiasing. That makes it easy, doesn't it?

The caveat: the moon is not always full, you know ... it can be a sickle! But even in shape of a sickle, the size of the moon is larger. So you'll calculate the full size, please.

You can generate your own samples using the blend file if you like. I have created the following pictures for you. You can count pixels in a PNG file using WhitePixelCounter.exe (needs .NET) to check whether the image contains black and white pixels only and how many of them.

The following 256x256 pixel images differ in the amount of white pixels, but should all result in a calculated moon size of 16416 pixels. 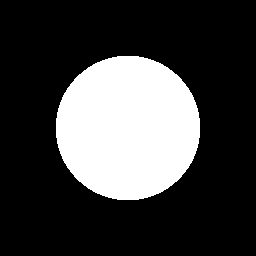 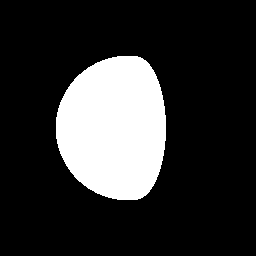 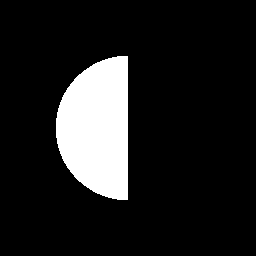 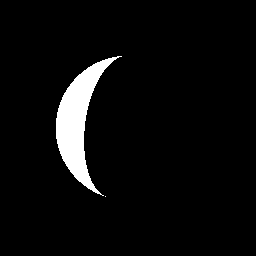 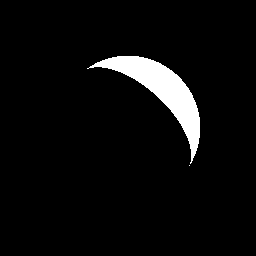 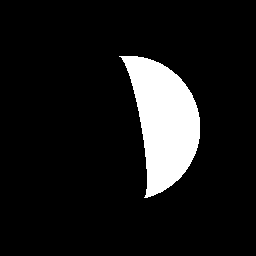 And these 177x177 pixel images should return 10241 pixels. The images are basically the same, but this time a camera with a different focal length was used. 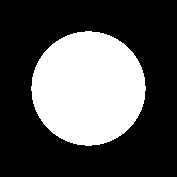 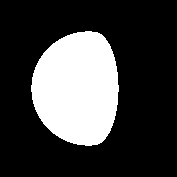 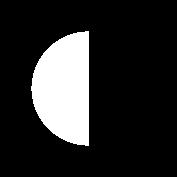 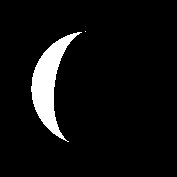 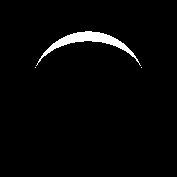 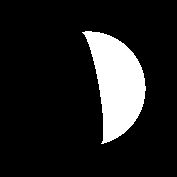 Non-square and non-centered samples with a result of 9988: 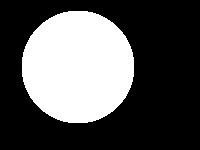 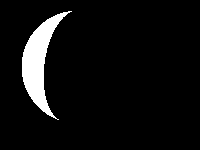 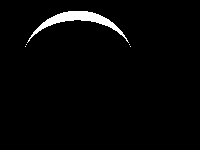 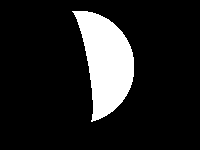 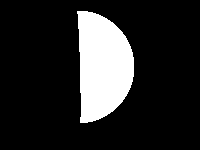 Oh, I don't have a reference implementation for now and I even don't know whether I am able to implement something. But in my brain there is a strong belief that tells me it must be mathematically solvable.

Mathematica can measure the elongation of a component in an image. A full moon, being perfectly symmetric, has an elongation of 0, on a scale of 0 to 1.

A diminishing moon becomes increasingly elongated, to a maximum of roughly 0.8.

I adjusted the model to 1- 0.788 x -0.578 x^2 so that with exactly zero elongation (full moon) the model will return 1 for the pixel scale factor. It saves 4 bytes and still stays within the accuracy limits.

Here are the data points (elongation, displayedMoonPixels/fullMoonPixels) for the large images and the parabolic model that was generated to fit the data. Linear models fit ok, but the quadratic model is dead on, within limits (see below).

Here the data are from the large pictures. So is the model 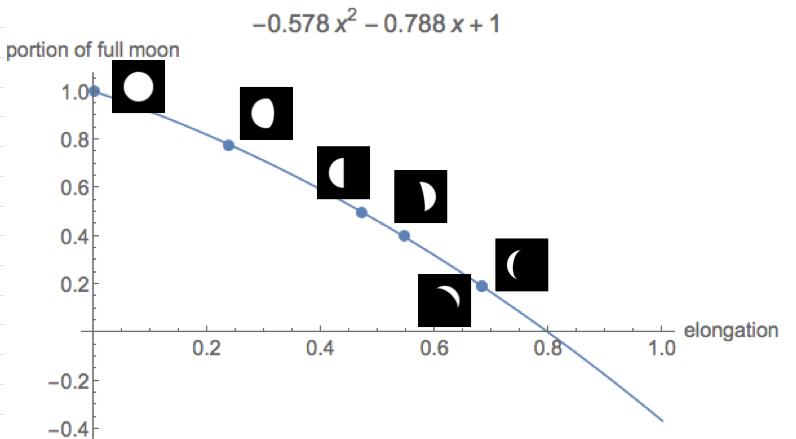 Below, the data (the red points) are from the small pictures. The model (the blue curve) is the one generated by the large pictures, the same one as displayed above.

The smallest crescent has 7.5% the area of a full moon. (The smallest crescent among the large photos is 19% of a full moon.) If the quadratic model had been based on the small photos the fit below would be better, only because it accommodated the small crescent. A robust model, that would stand up under a wide range of conditions, including very small crescents, would be better made from a larger variety of pictures.

The closeness of fit shows that the model was not hard-coded for the given pictures. We can be fairly certain that the elongation of a moon is independent of the size of the photo, as one would expect. 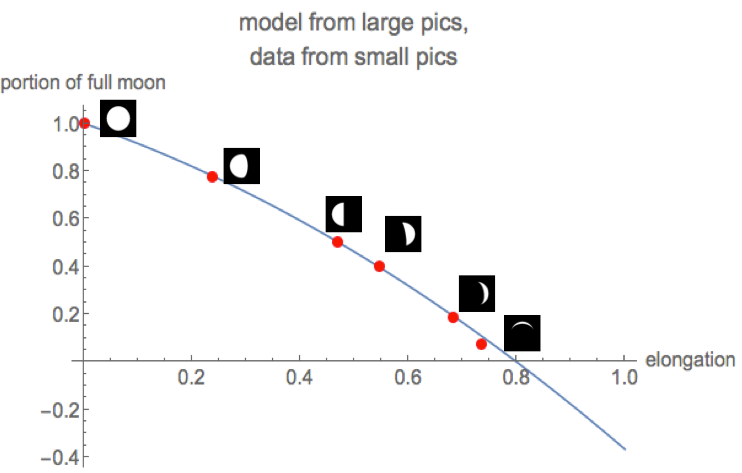 f takes the image, i, as input and outputs the predicted size of the full moon, in pixels. It works for off-center shots.

As the data below show, it all of the test cases except one. The moons were arranged from full to most diminished.

Predictions of moon size made from the large photos were uniformly accurate.

Predictions of moon size made from the small photos were uniformly, with one great exception, the final picture. I suspect the issue stems from the fact that the crescent is very narrow.

We find a third point with a maximal value of the products of the distances from the previous points. This will always be on the contour and on the outer side of a crescent or the bigger side of a gibbous.

The diameter of the circumcircle is computed as the length of one side divided by the sinus of the opposite angle.

The time-complexity of this method is linear in the size of the input image.

The function expects the input filename as a string.

Images are in the same order as in the question.

First of all: The accuracy is under 2% for all but one image in each of the two series, where it is greater (about 5% and 14%). My approach was finding the two pixels of the moon that are the furthest away from each other, and then using this as an estimate for the diameter.

This solution does not work for all images, because on one of the images, the slope (m) becomes infinity.

The principle was mentioned before: 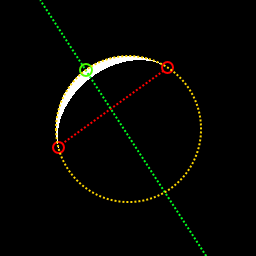 The problematic case is this one, where the slope is infinity. It is possible to workaround by rotating the image 90° or in code, loop over the y axis instead of x. 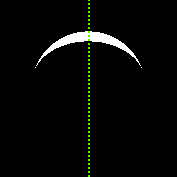 The minimum accuracy is

Not the answer you're looking for? Browse other questions tagged code-golf image-processing or ask your own question.