Let f be the function that maps a bitfield ({0 1}) of size n+1 to bitfield of size n by applying XOR to the ith and i+1th bit and writing the result in the new bitfield.

-25 Characters if f_inverse is not applied recursively/iteratively, instead the output string is directly calculated

You can paste it for example here and then try it.

Run it by input from stdin like (online interpreter: https://pyth.herokuapp.com/):

and the result will be written to stdout.

This is a direct translation of:

Note that we expect k not being too large, since for code-golfing purpose the inner loop will run for O(2k) times.

I think we usually call this operation "xorshift" or something. If we express the input as big-endian integers, then the function f is simply:

If we apply f twice we will get:

However applying 3 times will have a different pattern:

Applying 4 times get back to the basic form:

So the strategy for finding f-k(x) without calling f-1(x) at all is:

Update 1: Used octal representation instead of binary so that we could use % formatting to save lots of bytes.

Update 2: Exploit the periodic structure of f. Retired the iterative version since the non-iterative one is shorter even without the -25 bytes bonus.

The result is automatically printed at the end of the program.

So the types are flying all over the place, but luckily, whenever I have an integer it's either 0 or 1 and whenever I have a character it's either '0 and '1 and result is always the desired one (in either type). Since strings are just arrays of characters, mixing characters with numbers is not a problem at all. And at the end, when everything is printed, characters get no special delimiters, so the output is not affected by which bit is represented as a number or a character.

Always using 0 as the leading digit. 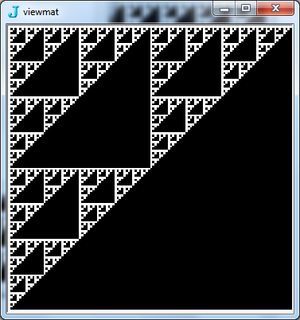 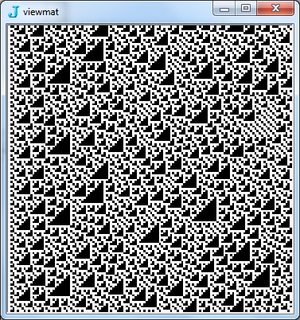 This is just a straight CJam port of the GolfScript answer below, since, after reading Martin Büttner's answer, I realized that I could save one byte due to CJam's handling of integer and character types. (Basically, CJam doesn't need the 1& used to force ASCII characters into bits in the GolfScript code, but does require a prepended q to read the input.) I would usually consider such a trivial port a cheap trick, but achieving a zero score made it IMO worthwhile.

In any case, this program works exactly like the original GolfScript program below, so please refer to its description and usage instructions. As usual, you can test the CJam version using this online interpreter.

This solution iterates over the input string only once, so I believe it qualifies for the −25 byte bonus. It works by internally maintaining a k-element array that stores the current bit of each of the k pre-iterates.

Input should be given via stdin, in the format "1111111" 3, i.e. as a quoted string of 0 and 1 characters, followed by the number k. Output will be to stdout, as a bitstring without quotes.

Test this code online. (If the program times out, try re-running it; the Web GolfScript server is notorious for random timeouts.)

Here's an expanded version of this program, with comments:

Basically, like most of the iterative solutions, this code can be understood as applying the recurrence

One (theoretical) advantage of this approach is that, in principle, this method can process an arbitrarily long input string using only O(k) storage. Of course, the GolfScript interpreter automatically reads all the input into memory before running the program anyway, mostly negating this advantage.

A totally recusive solution. It's easier to understand if broken into two functions

where f computes successive differences and g composes f with itself n times.

The function f compute the cumulative XOR-sums of l, which is the inverse operation to successive XOR-differences. Since input is given as a string, we need to extract int(l[0]), but do so shorter with the string comparison l>='1'.

Maybe there's a shorter way to deal with the string. If we could have input/outputs be lists of numbers, it would save 5 chars

Parameters given on the standard input separated by a space.

By the way, there is no side effects :)

16
Shifty XORyption
14
Implement bzip2's run-length encoding
9
Print a cube's vertices and its covering triangles
22
The Base in the mix
18
Inverse permutation index
20
Bitwise XOR of rational numbers
5
Compute the result of an equation, but with selectable operator precedence
19
A bit of a digital XOR
21
Eating Persistence
20
For what block sizes is this checksum valid?