NOTE: This question is currently in the SANDBOX. Please bear this in mind before adding new answers.

I have a large collection of fine art. My toddler is learning to use scissors and glue; lately she has started playing with my art collection. Fortunately she is really quite good with the scissors and cuts things up into perfect squares. She then uses glue to randomly tile the cut-up squares back into a new piece of art. For example, she reinterpreted my Mona Lisa (which wikipedia kindly hosts for me) as follows: 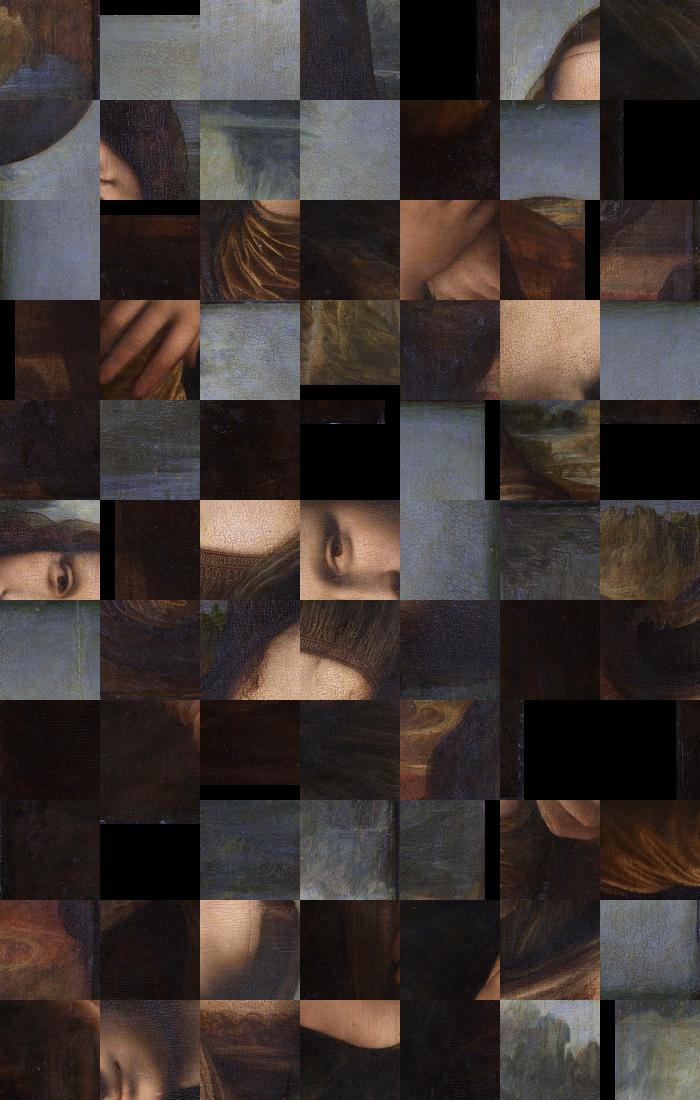 The following python script simulates what my toddler has done:

Please excuse python skills - I'm still learning, but was happy to see how quick and easy it was to write this script. Polite code-reviews will be graciously accepted ;-)

It does the following:

Your task is to write a program that takes the output of this script, analyses the edges of each 100x100 block and reassembles them back to the original picture.

Input and output specs are intended to be lenient here, as filename-parsing is a non-goal of this code-golf question.

Now my toddler got a hold of The Scream. This is the result that needs to be fixed: 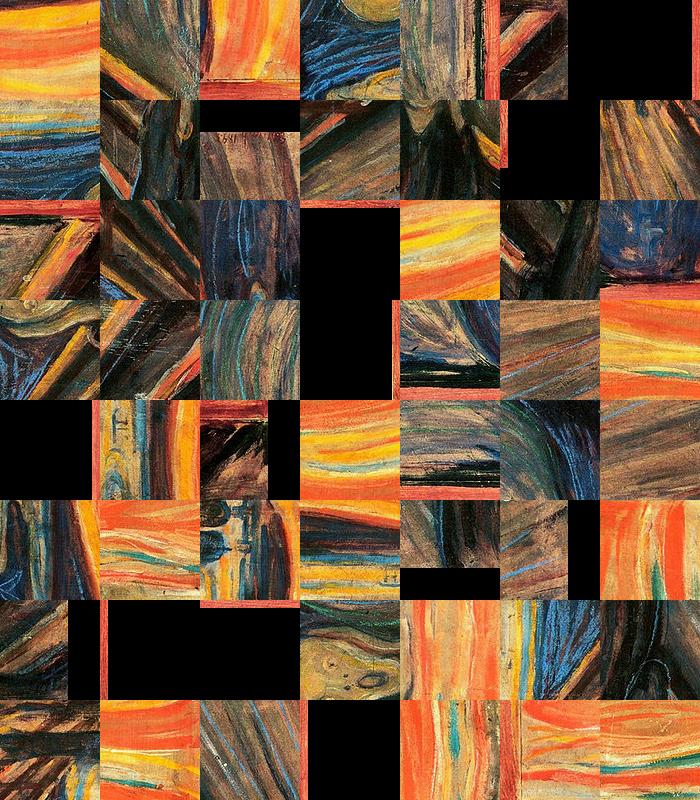 Browse other questions tagged code-golf graphical-output image-processing or ask your own question.

103
If a program terminates and there is no one to see it, does it halt?
4
Put together cut strips of paper to get original message