In the color spelling game, you are shown a list of color names, but rather than reading the words that are written, you have to say the name of the color of the letters. The game is over as soon as you say the wrong color, and the player who spelled the most words correctly wins. To make the game more challeging, each word is written on a different background color.

And here is your challenge:

Write a program that creates a color spelling game.

Here is my solution for JavaScript, change as you like: http://jsfiddle.net/xb8rqsbr/

This is a code golf challenge, so keep your code short.

Saved some characters: instead of using MOD to always generate random numbers that differ than the previous value, I simply generate any number and perform a check instead.

I used the original BBC Basic 3-bit colour codings, which are based on 1's bit=Red, 2's bit=Green, 4's bit=Blue. I renamed Yellow as Gold, Magenta as Pink and Green as Lime (justifiable given the shade produced) in order to shorten colour names. I also renamed Cyan as Aqua just because. Therefore I use colours 1 to 6 from the 3-bit scheme. I exclude 0=black and 7=white (a very light grey, as the full white belongs to the extended 16-colour set in which the 8`s bit refers to brightness.)

The first few images show the program as written, running in screen mode 6. The bottom image shows the program with the ,12 removed so that the screen is not cleared in between word printings. That way it is easier to verify that the colours comply with the rules. 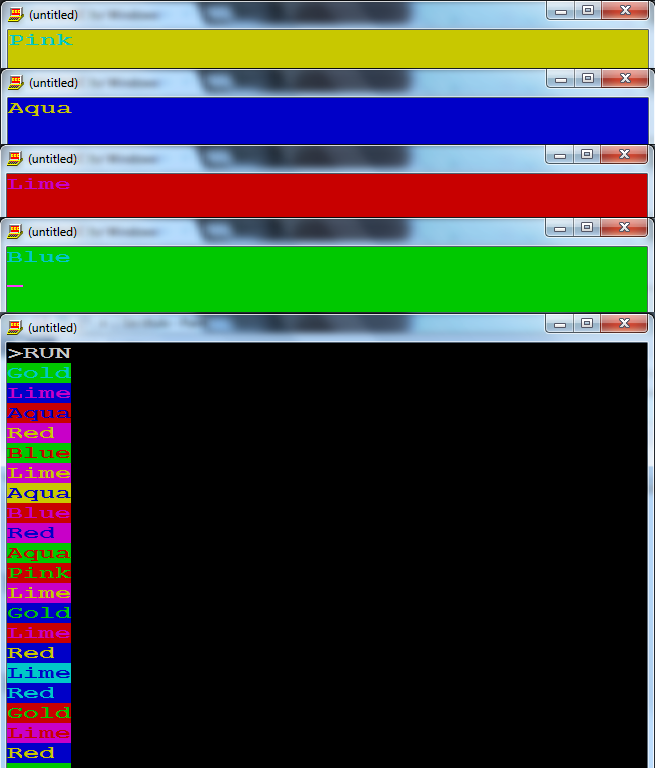 Although Algoid isn't the best for golfing, it's perfect for these types of challenges. 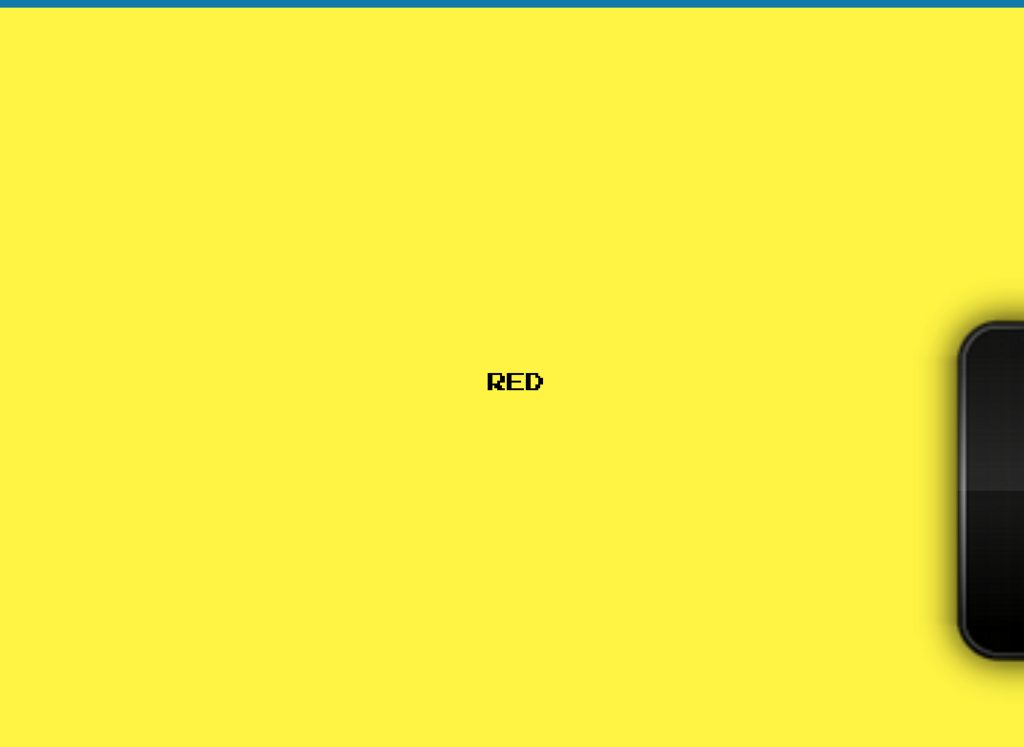 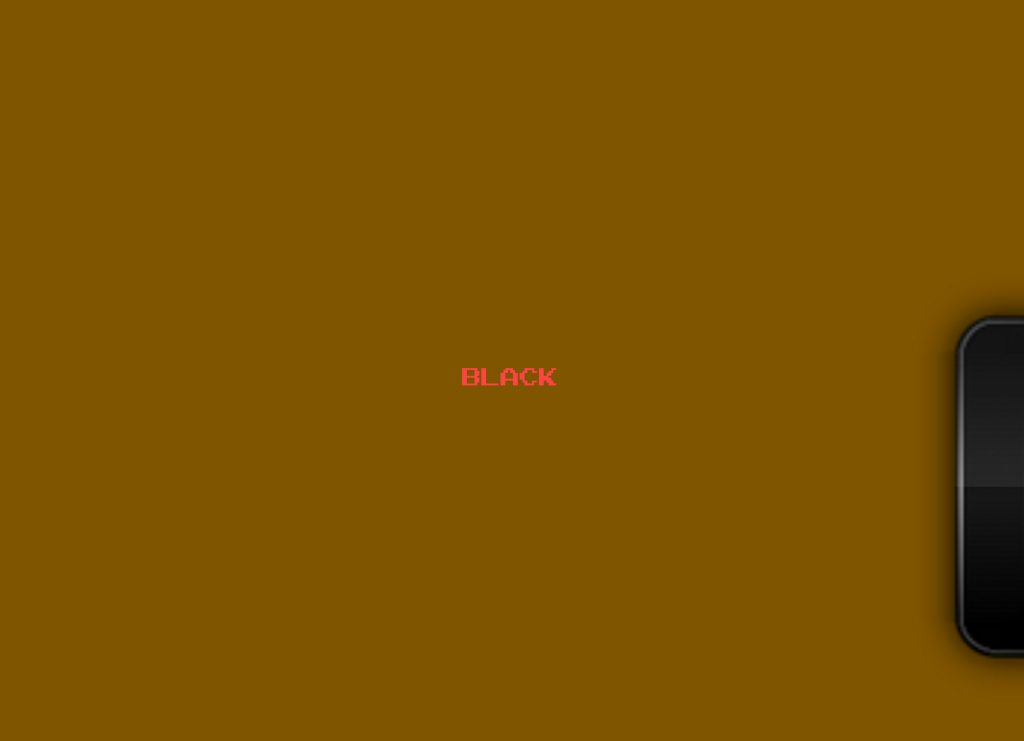 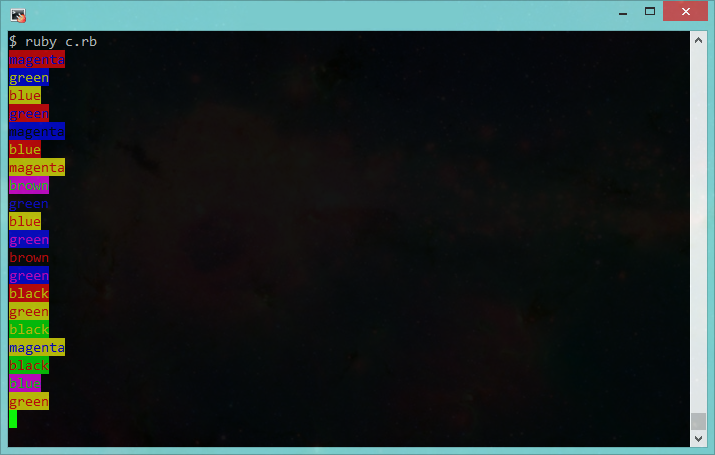 Not amazing, but it works

11
Can you make my terminal less boring?
7
Get the most dominant color!
8
Solve the New York Times Spelling Bee
17
Vacancy or no vacancy?
11
The weird and wild bean game
22
Color me a Pole
13
RGB to Xterm Color Converter
20
Is It A Rainbow Color?
20
Is This Scrabble Board Valid?