Crack the code to the combination lock 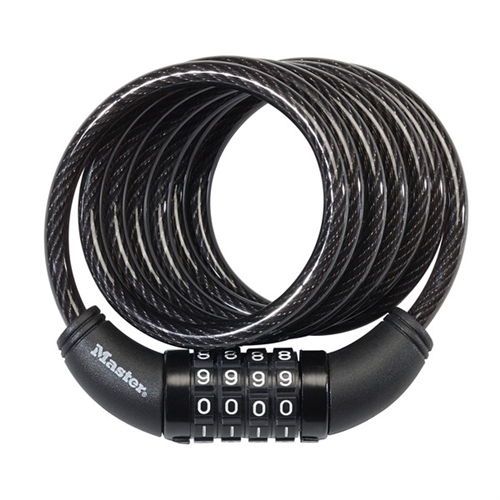 You also know that by looking at the order of the numbers in the other lines it is possible to work out what numbers must be on the combination line (and therefore the combination to unlock it is).

If every line on the lock is given a number starting from line 0 for the combination line (the line which unlocks the lock) to line 9. For example, if the numbers on line 4 are 5336, then the combination to unlock it would be 1992.

Unfortunately the locks have already been packaged and your view of each lock is obscured, so you can only see numbers on different lines of the lock.

Given 4 pairs of digits, where the first digit of the integer represents the line number and the second digit represents the the number which appears on that line, work out the combination to the lock. For example if you input:

Then it should output:

This is code-golf, so the shortest programs in number of bytes wins.

Also this is my first question, so any feedback is appreciated.

Reads the digit pairs as command-line arguments. To try the code online, change ea to lS/ to read from simulated STDIN.

I know it can be golfed more. But this is my first real attempt on CJam and I am limited by experience :)

Alternatively, the other methods to do the same thing in 1 extra character:

It's pretty much the same as Optimizer's solution, but in a different language. It's hard to approach it in a different way because the problem is fairly simple, so the tie definitely goes to Optimizer, whose entry was earlier anyway.

For the same number of bytes you can do

Input integers read from STDIN, one per line.

Because I thought I could get closer to the "golfing" languages with this (but didn't):

If the input can be piped from file

If the input should be typed to stdin

Reads the four numbers in a loop and then processes each by subtracting the first digit from the value and printing the result modulo 10.

Input from commandline. Subtracts the first ASCII code of each argument from the second, adds 10 and takes modulo 10.

I think this is the first time I've written a printf with four %s and no comma (the comma is in the #define.)

Just because there has to be a Java entry, I saw a nice opportunity to give this code golfing a chance (first submission ever).

If there's room for some improvements, I'd glad to know about them ;-)

Reads three characters at a time (grant me the small mercy of inputing a space at the end), and eventhough a and b are string-y... b-a MAGICALUALY allows them to conceive a healthy baby integer. Does the wrap-around check while printing. 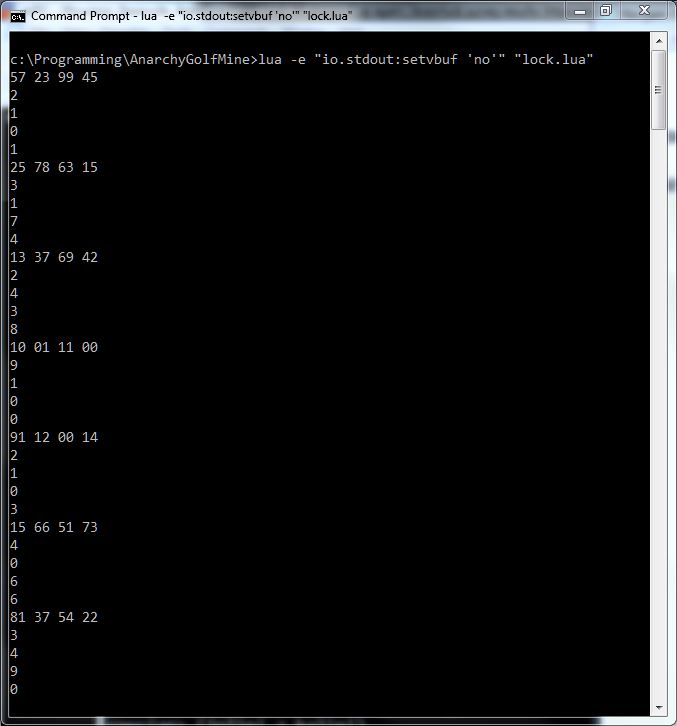 Fairly straightforward function, uses regex to get the numbers. Try it out at http://jsfiddle.net/efc93986/1/. If functions are not allowed, a standalone program at 52 bytes:

As ES6 currently only works on Firefox, the following code works on any modern browser, at 70 bytes:

If output is required to exactly match the example then it is much longer. 47 bytes:

Explaination
⎕ takes input from screen. Space-separated values are parsed as an array.
{...}¨ for each number, feed it into function.
⍎¨⍕⍵ takes the argument, create an array of its digits.
--/ calculates units minus tens.
10| mod 10.

The non-verb form (as statement instead of function definition) it's 5 characters shorter:

The verb form which is a nice train:

This verb used on the example inputs:

Input is taken as command line arguments. String#bytes returns an Array of Integers (ASCII character codes). Only the difference between the last and first character code is of importance, not the Integers themselves.

Thought I'd give code golf a try so here it is, my first attempt - can probably be golfed more.

Input and output exactly as specified, although it doesn't print a trailing newline. Two interesting tricks here: 1) replacing two calls to int() with one call to eval(), and 2) using join() to get a-b, then negating it for b-a as required. Fortunately Python's modulo operator gives positive values even if the first argument is negative!

73
The alphabet in programming languages