Write a function that accepts two integers \$a,b\$ that represent the Gaussian integer \$z = a+bi\$ (complex number). The program must return true or false depending on whether \$a+bi\$ is a Gaussian prime or not.

\$a+bi\$ is a Gaussian prime if and only if it meets one of the following conditions:

You should only write a function. If your language does not have functions, you can assume that the integers are stored in two variables and print the result or write it to a file.

You cannot use built-in functions of your language like isprime or prime_list or nthprime or factor. The lowest number of bytes wins. The program must work for \$a,b\$ where \$a^2+b^2\$ is a 32bit (signed) integer and should finish in not significantly more than 30 seconds. 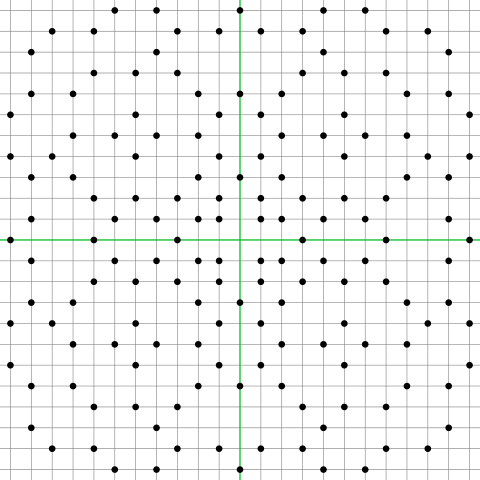 This is a single function:

It folds the integer primality test into an expression n/d/d|n<2 hidden in the return value calculation. This golfed code also makes use of a*b as a substitute for a&&b (in other words a!=0 && b!=0) and other tricks involving operator precedence and integer division. For example n/d/d is a shorter way of saying n/d/d>=1, which is an overflow-safe way of saying n>=d*d or d*d<=n or in essence d<=sqrt(n). 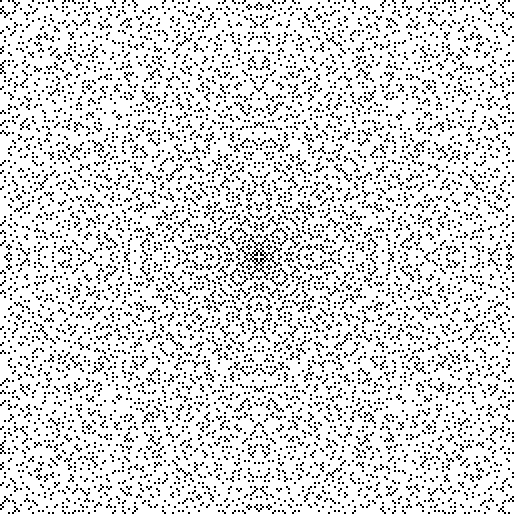 usage: in both the solutions, typing a%b will return whether a+bi is a gaussian prime.

the lowest i managed, but no creativity or performance (77 chars)

this solution just powers through all numbers below n to check if it's prime.

the next solution has an extra feature - memoization. once you checked if some integer n is prime, you won't need to recalculate the "primeness" of all numbers smaller than or equal to n, as it will be stored in the computer.

(107 chars. the comments are for clarity)

this uses the sieve of Eratosthenes to compute an infinite list of all primes (called l for list in the code). (infinite lists are a well known trick of haskell).

how is it possible to have an infinite list? at the start of the program, the list is unevaluated, and instead of storing the lists elements, the computer stores the way to compute them. but as the program accesses the list it partially evaluates itself up to the request. so, if the program were to request the fourth item in the list, the computer would compute all primes up to the forth that aren't already evaluated, store them, and the rest would remain unevaluated, stored as the way to compute them once needed.

note that all of this is given freely by the lazy nature of the Haskell language, none of that is apparent from the code itself.

both versions of the program are overloaded, so they can handle arbitrarily-sized data.

Takes an array of two integers a b and returns the Boolean value of the statement a+bi is a Gaussian integer.

Edit: +11 bytes because I misunderstood the definition of a Gaussian prime. +1 byte from correcting the answer again. +1 byte from a third bug fix. -2 bytes due to using a train instead of a dfn. -4 bytes thanks to ngn due to using a guard condition: if_true ⋄ if_false instead of if_true⊣⍣condition⊢if_false. -15 bytes thanks to ngn due to finding a completely different way to write the condition-if-else as a full train.

Here's a relatively simple Haskell solution that doesn't use any external modules and is golfed down as much as I could get it.

Invoke as ghci ./gprimes.hs and then you can use it in the interactive shell. Note: negative numbers are finicky and must be placed in parentheses. I.e.

p checks whether abs(x) is prime by iterating over all numbers from 2 to abs(x)**.5 (which is sqrt(abs(x))). It does so by yielding x % s for each s. all then checks whether all the yielded values are non-zero and stops generating values once it encounters a divisor of x. In f, f(b,a) replaces the case for b==0, inspired by @killmous' Haskell answer.

-1 char and bugfix from @PeterTaylor

I hope I followed the linked definition correctly...

Explanation, because someone asked: I read the arguments (@_) and put their absolute values into $a,$b, because the function does not need their sign. Each of the criteria requires testing a number's primality, but this number depends on whether $a or $b are zero, which I tried to express in the shortest way and put in $n. Finally I check whether $n is prime by counting how many numbers between 2 and itself divide it without a remainder (that's the grep...<2 part), and then check in addition that if one of the numbers is zero then the other one equals 3 modulo 4. The function's return value is by default the value of its last line, and these conditions return some truthy value if all conditions were met.

The above count neglects the newlines that I've added to see the different functions. Despite the insistence to not do so, I brute-force solve primes within the cases.

Ended up being a lot easier than I thought and wasn't much room for golfification. The original program I blocked out was:

I played around with trying to compare both inputs at the same time (which saved all of one 1 byte), but when that drops into the "one of them is zero" section, there wasn't a good way to figure out which item was non-zero in order to perform the last check, much less a way to do it without spending at least 1 byte (no overall savings).

The code doesn't use any standard prime number features of mathematica, instead it counts the number of integers in the list {n/1,n/2,...,n/n}; if the number is 1 or 2, then n is prime. An elaborated form of the function: 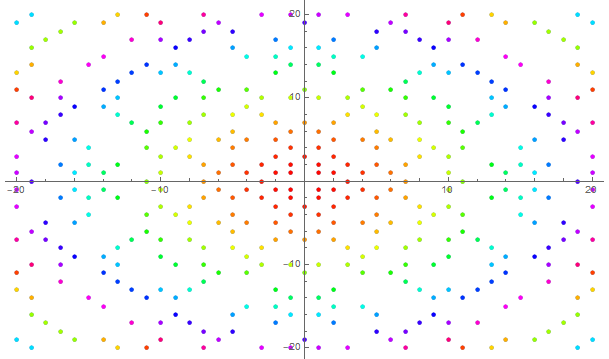 Not the answer you're looking for? Browse other questions tagged code-golf math primes complex-numbers or ask your own question.