Your goal is to print (to the standard output) the largest number possible, using just ten characters of code.

If you ignore the fact that most compilers & interpreters output data as it's ascii equivalent (be leanient, it is what it is ;) ), this will return the maximum value of the interpreter/compiler's datatype.

Will print the same thing in many fewer characters

Braingolf, I don't even know [non-competing]

Doesn't work on TIO as I need to get Dennis to pull, but as you can see here, U in Braingolf calculates a range from 1 to the last item on the stack, in this case ~ or 126

We'll call this value n from now on.

Then I had some bytes left, so I filled them with some monadic ^ operators.

I'm using this to highlight a little know corner of perl.

Perl can't really compete on this one because it doesn't have builtin bignums (of course you could load a bignum library).

But what everybody knows isn't completely true. One core function actually can handle big numbers.

The pack format w can actually convert any size natural number between base 10 and base 128. The base 128 integer is however represented as string bytes. The bitstring xxxxxxxyyyyyyyzzzzzzz become the bytes: 1xxxxxxx 1yyyyyyy 0zzzzzzz (every byte starts with 1 except the last one). And you can convert such a string to base 10 with unpack. So you can write code like:

You can replace the 4**4 by larger values until you feel it takes too long or uses too much memory.

Unfortunately this is way too long for the limit of this challenge, and you can argue that the base 10 result is converted to a string before it becomes the result so the expression doesn't really produce a number. But internally perl really does the needed arithmetic to convert the input to base 10 which I always considered rather neat.

No TIO because it takes 2 minutes to run.

Surprised I was able to get it this high, probably can be improved

Edit: Improved by A__

Try it online! This is the only competing one, the alternative breaks rule 5.

This number is bigger, but people may argue that it's in the wrong format.

It usually takes around a minute to print the number and it contains the scientific representation of it.

Though it depends on dialect.

Reading from a clock is effectively taking an input. Feels like cheating. However, the technique seems to be well-received in the answers here.

If clocks are not allowed, then:

Bit-shift goes near the integer maximum, then multiplication yields a floating point.

Note that this code must be run with the -d flag which adds 3 bytes.

This uses the @lt debug flag in the ruby interpreter. This flag simply adds the following number to the value which is then pushed by the enclosing parentheses.

The enclosing parentheses do not modify the number and are required for it to be printed so they are not counted towards then 10 bytes.

The () adds one to the value and causes the interpreter to recognize the enclosing parentheses as pushing a value (parentheses will only push a value if they enclose non-debug flag Brain-Flak code.

Tcl, number in the Demo Output because it is very extense (has 30104 digits)

The relevant part is

, the rest is boilerplate.

As any code necessary to output anything is excluded, all 'Write ' statements are excluded.

Set an int of all bits on (-1) then XOR it with an int of only the first bit on to flip the sign bit.

I don't really see any point in getting any bigger than this. Anything else exceeds the runtime limit on TIO

This answer is only works, if the following things are true:

But if given those, then this program...

...prints a number so large simply calculating how many digits it has is impossible, due to the explosive nature of the Ackermann sequence. Heck the inputs to the first call are both 255000!

The closest we can get by abiding by the limitations is this:

This builds the Perl 5 solution (time*time) and the Javascript (bit shifting). Time is currently around 1.56 billion, so we square it (~2.44 quintillion), and then bitshift 9 (because > 1 ha) a fairly insane number of digits to the right. Perl 6 uses arbitrary precision integers, and that applies to bitshifting as well. Bit shifting in and of itself doesn't take hardly any time at all, it's just a question of memory restraint and the largest super computers ought to have sufficient, but I don't on my puny laptop.

(if that's considered out of bounds, though, can just make it 9+<now which should still fetch a fairly high number, or any other technique to generate the largest in-bounds number at in 7 digits)

It is definitely the worst answer here... 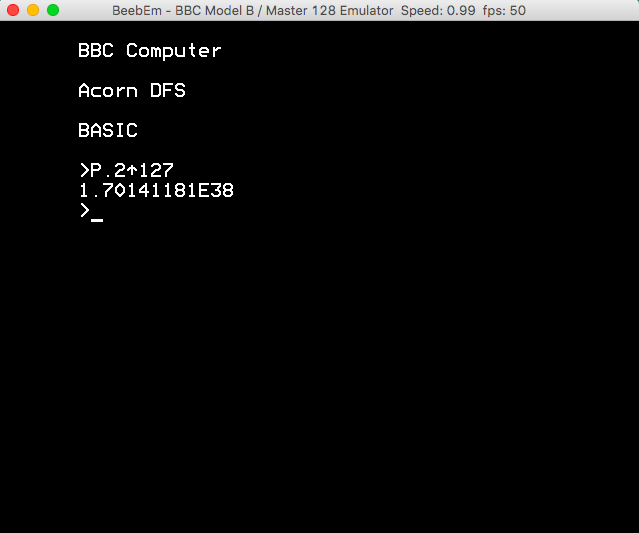 As commented the previous answer may violate the exponation rule, so here's something using the EXP (exponent) function instead. 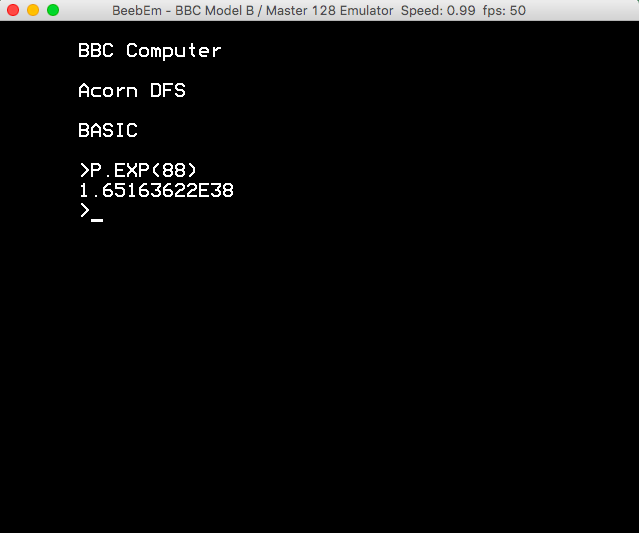 Crashes TIO, but in theory works.

The minimum code needed to print something in CSASM is as follows:

Thus, I took the liberty of having the 10-byte limit be on the <something> rather than the entire program, as is mentioned in the challenge:

Otherwise, this language wouldn't be able to even have a submission for this challenge.
(The boilerplate for an empty main function is 16 bytes.)

So, that leaves me with figuring out how to best use those 10 bytes. Hence, I abused one of the instructions in the language: bits

According to the syntax.txt file:

In short, a single- or double-precision floating-point value is popped from the stack. The value's bit representation (sign, exponent, mantissa) is then stored into a 32- or 64-bit integer value and that integer value is pushed to the stack.

The MSB in the exponent would get shifted left into the sign bit, resulting in a negative end result. Not good.

Assuming bit shift is ok, this calculates 1<<(1<<27). It takes about 15 minutes on my laptop, using java 8 to run the interpreter.

You read that right, I know it's not much but it's definitely different.

I'm assuming newline counts as a character and the invocation of units counts as code essential to print. Ypc is yotta parsec, ym is yocto meter.

Not the answer you're looking for? Browse other questions tagged code-challenge number busy-beaver or ask your own question.