You all know the Newton method to approximate the roots of a function, don't you? My goal in this task is to introduce you into an interesting aspect of this algorithm.

Newton's algorithm converges only for certain, but most of all complex input values. If you picture the convergence of the method for all input values over the complex plane, you usually get a beautiful fractal like this: 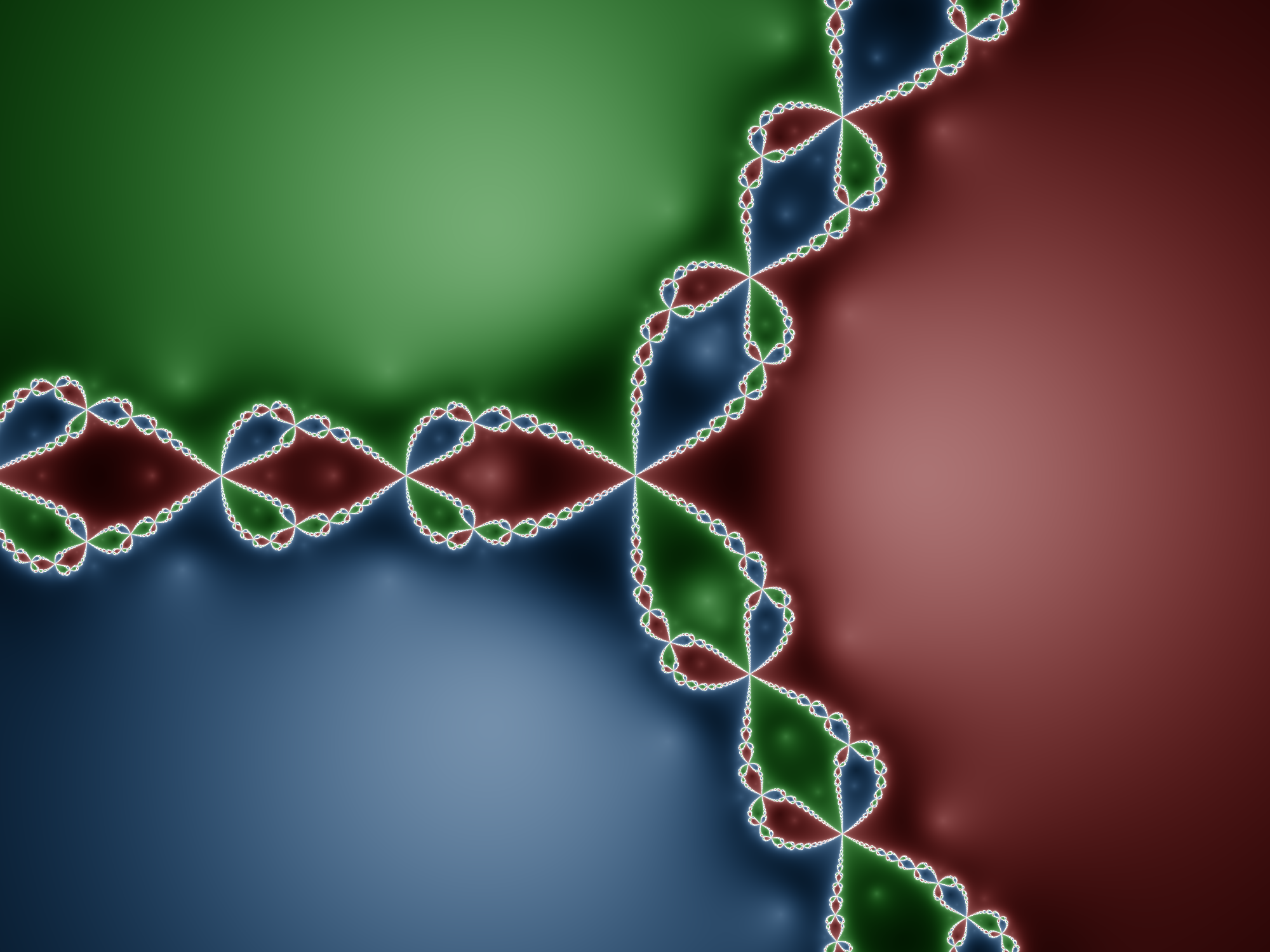 The goal of this task is, to generate such fractals. This means, that you get a polynomial as the input and have to print out the corresponding fractal as an image in a format of your choice as the output.

The input is a whitespace-separated list of complex numbers. They are written down in the style <Real part><iImaginary part>, like this number: 5.32i3.05. You may assume, that the input number has no more than 4 decimal places and is smaller than 1000. The first of them must not be zero. For example, this could be an input to your program:

The numbers are interpreted as the coefficients of a polynomial, beginning with the highest power. Throughout the rest of this specification, the input polynomial is called P. The above input is equal to this polynomial:

The input may come to you either from stdin, from an argument passed to the program or from a prompt displayed to your program. You may assume, that the input does not contain any leading or trailing whitespace characters.

You have to render the fractal in the following way:

The output should be a raster graphics image in a file format of your choice, readable by standard software for a brand X operating system. If you want to use a rare format, consider adding a link to a website where one can download a viewer for it.

Output the file to stdout. If your language does not support putting something to stdout or if you find this option less convenient, find another way. In any way, it must be possible to save the generated image.

If you like this task, you could try to color the points according to the speed of convergence or some other criteria. I'd like to see some interesting results.

Here's the result for the example polynomial.

Image for the example polynomial (converted to png with the GIMP): 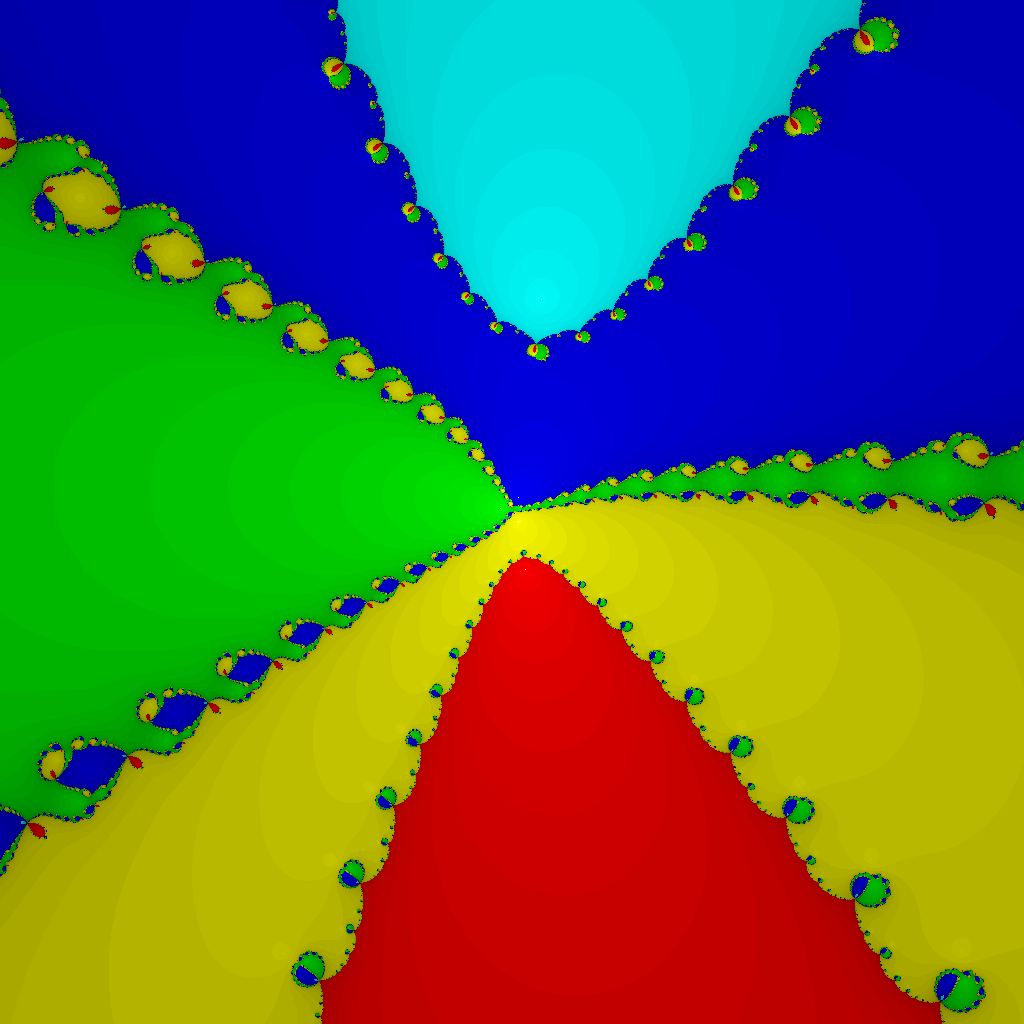 The plot below is for Newton Fractal of z^3 - 1 function. 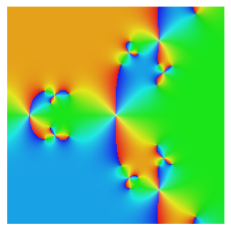 Edit: Thanks to @Khuldraeseth na'Barya now the code is even shorter. Removed the irrelevant code and image.

Not the answer you're looking for? Browse other questions tagged code-golf graphical-output fractal complex-numbers or ask your own question.