A donut distribution (for lack of a better term) is a random distribution of points in a 2-dimensional plane, forming a donut-like shape. The distribution is defined by two parameters: the radius r and spread s, in which the distance to the origin follows a normal (Gaussian) distribution around r, with a standard deviation s. The angular distribution is uniform in the range [0,2π).

Given a radius r and spread s, your code should yield the Cartesian ((x,y)) coordinates of a single point chosen from this distribution.

Several algorithms can be used to yield the desired distribution, including but not limited to 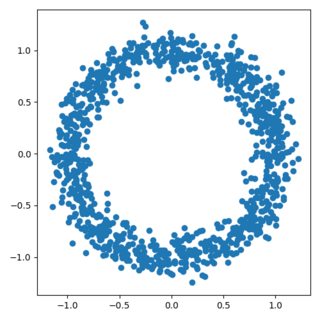 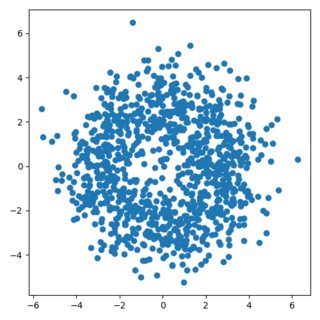 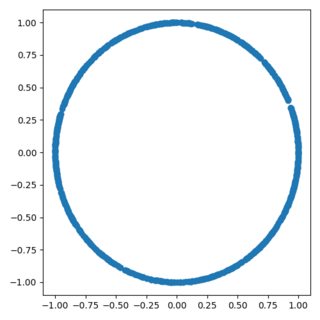 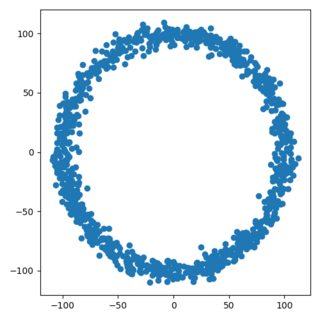 Takes r on the left and s on the right and returns a complex number.

Uses the first approach presented in the question. Dyalog doesn't have a builtin for sampling from a normal distribution, so this uses the Box–Muller transform to convert to random numbers from \$(0,1)\$ to a normally distributed value:

The product of these two values is the result. 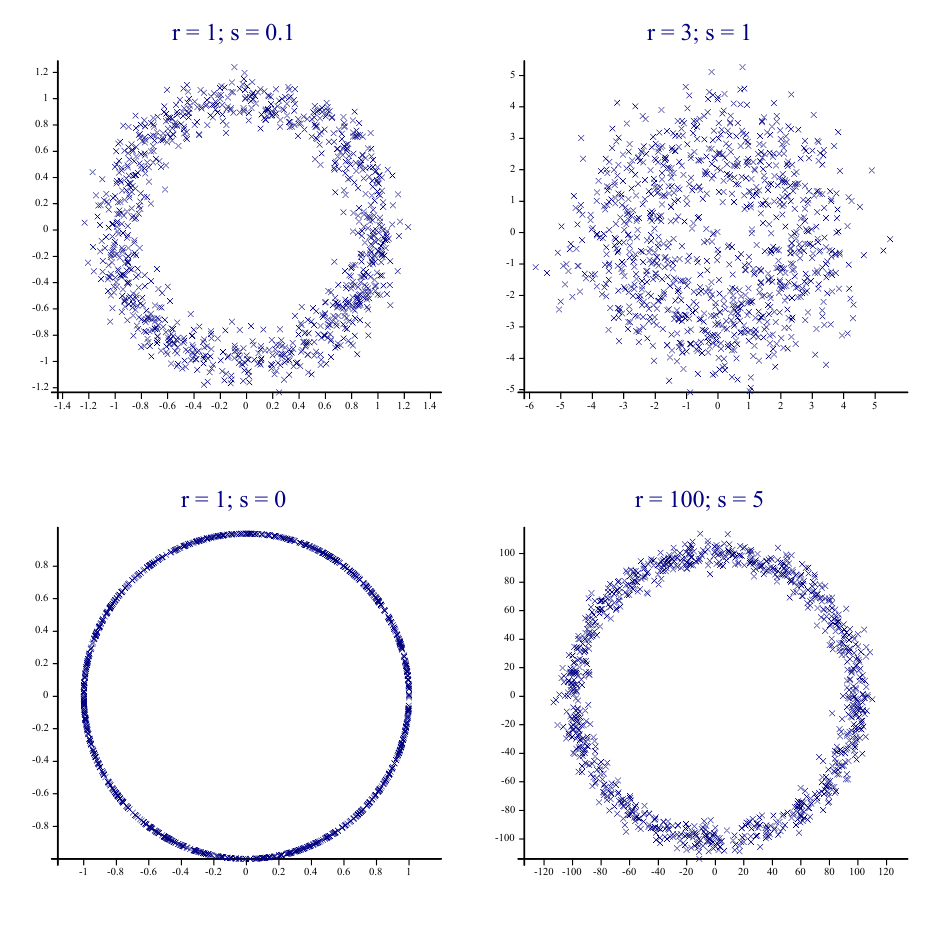 Inputs are r, then s. Output is a complex number.

Uses method 2 described in the challenge.

Try it online! or plot the results at rdrr.io

RandomVariate@NormalDistribution is costly (and, as noted by Ben Izd, doesn't work with stdev=0), so this uses Box-Muller to generate a normal distribution from two uniform ones.

uses the second formula. output is a complex number. randn gives a random number from a normal distribution (0,1), and rand from a uniform distribtion in [0,1) 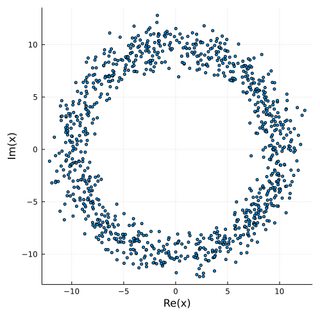 Following the first method, we could have:

then visualize it by: 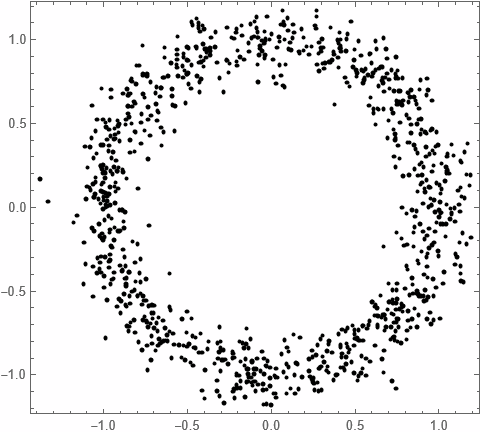 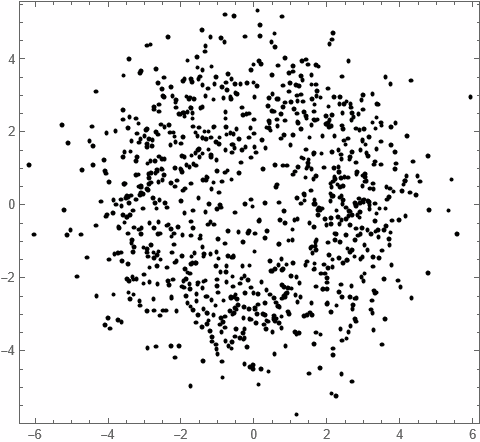 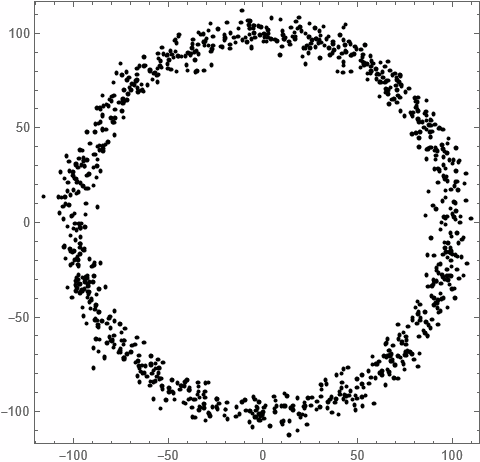 Might not be the shortest, but here is the base-case for python i guess.

Uses the first method in the description, of course using the neat fact that \$e^{i\theta}=\cos(\theta)+i\sin(\theta)\$. Longer than Dominic van Essen's answer by 5 bytes, though.

This is a BiFunction<Double, Double, P> where P is a record P(double x, double y) {}

Takes an extra argument t as the seed, which is the only way to re-use the function to get different samples without pressing the randomize button.

Try it on Desmos!

-10 bytes thanks to Aiden Chow

All functions in Desmos are pure, so they can't return a different value when evaluated at different times, even in a list comprehension. This causes an issue with the CGSE policy of functions being re-usable.

There's a randomize button to re-seed all of the random seed-dependent function calls:

. This doesn't vibe with me because it requires user interaction to re-seed, but it would allow the following 53-byte submission:

In this submission, I opted to take the random seed as an extra argument, which is a common design decision in Desmos if a program needs to avoid user action when re-seeding. This is the only way to get different outputs from random functions without the user pressing the randomize button.

Uses the first method described in the challenge description.

However, 05AB1E lacks a Gaussian distribution random builtin, as well as a builtin to get a random decimal number given a range. Both of those are therefore done manually.

Not the answer you're looking for? Browse other questions tagged code-golf math arithmetic geometry random or ask your own question.