Which character to change (Robbers)

The robber winner is the user with the most cracks.
I will declare the winner cop and robber a week after this challenge is posted.

The clue was in the exists("c") bit: c is a built-in function in R, so exists("c") will always be TRUE, even without the definition of a variable c on the first line. So we look for built-in variables starting with c... wait... there's one called co2 - one character away from c=2.
The first element of co2 is 315, and 315/4 equals 78.75, which after addition of pi and rounding to an integer equals 82, the ACII value of "R".

Replaces the newline at the end of the second line with ﬆ. This is LATIN SMALL LIGATURE ST which is U+FB06, but Python 3 is apparently willing to interpret it as st in str. I spent some time thinking "if only I could make two letters" until I googled for "st ligature" which does just that.

The second line now redefines str as sum, and len as str, so len(str(r)) is now str(sum(r)), which is just the stringification of its length of r, which is 8**9. Also apparently the r=r in the trio of assignments overrules the left r=..., causing r to retain its original value.

My complete lack of knowledge of Vyxal may have helped here as it allowed me to just try random things instead of trying to figure out what the obscure hack might be.

I solved this by brute forcing the change needed to the modulus and exploiting the fact that \$a^x = a^{x \bmod \lambda(n)} \pmod n\$, where \$\lambda\$ is Carmichael's lambda function. This requires factoring \$n\$. Fortunately, the modulus is relatively small; had it been larger, we'd need to factor a large semiprime just to verify a guess.

Once I realized A) the lambda is useless because it always returns 1, and B) the target string consists only of lowercase letters and whitespace, the crack became trivial.

Replacing the newline moves the print to occur before the assignment; choosing x as the replacement character creates a hexadecimal value greater than 9.

I don't know how this language works, I just looked through the docs and found a PZ function.

JavaScript (Node.js) by A username, 155 bytes

I mostly found this by narrowing down after which digit the console.log ended and then just spamming guesses until I found something syntactically valid that would eval to the same thing as console.log itself.

Changes the first y in the while loop condition to a 7.

Preamble: R code encourages the use of the right-to-left assignment operator <- instead of = (as in x<-3 instead of x=3); this isn't seen much in code golf, of course, as it's one character longer. There is also a - much less used - left-to-right version, -> (so 3->x is equivalent to x<-3 and x=3), and - even less used - versions that assign into the parent scope: <<- and ->>.
The crack of Robin's answer uses this last one to sneakily assign x+yy directly to the variable yy, replacing the comparison in the while condition.

I know nothing about Japt, but found the c function while scrolling through the docs, which seems to map each character X -> f(X) by ASCII value. This works out nicely since "1,2" and "3.4" differ by an ASCII value of 2.

Changes | (logical OR) for ^ (exponentiation). Zero raised to the power of zero is one, and so truthy.

After drawing some execution paths by hand, I replaced a / in the first line with a space.

The relevant commands are 1 9 + n ; I don't really know how the IP gets to this path, but here is the end of the new execution path: 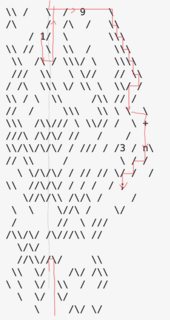 I just went through each command and found what it did in the docs, and figured out that the condition on the last ¿ statement needed to return true, so I just put a True in there, and it worked. Here's some golfed code to achieve the same result:

If you don't want to run the code yourself, this is what it looks like:

as.numeric returns its argument coerced to numeric form; is.numeric - which conveniently differs by only a single character - returns TRUE if its argument is already numeric, and FALSE otherwise. FALSE is the case here, since bb is a character string (of digits).

This was pretty simple. Shaggy's original started with ¤ instead of P, which converted the input (0 if not given) to a base 2 string ("0"). However, P is the empty string. After that, ùÅ pads to length 1 using s, which is useless for the original, but turns the cracked version into "s", which is exactly what we want. Ô reverses the string and Ì gets the last character, so they're both basically no-ops for single-character strings.

This time, the Å is replaced with ¤, so that it pads with s to a length of two instead of just one, making the string s0. Ô reverses it and Ì picks the last character, s.

Not the answer you're looking for? Browse other questions tagged string source-layout cops-and-robbers or ask your own question.

20
Which character to change (Cops)
11
What's the Missing Code? (Robbers)