The matrix \$\mathbf M \$ can be displayed as an image, where the value of each entry determines the color of a pixel, using a colormap to translate numbers between \$0\$ and \$1\$ into colors. The simplest colormap is to directly consider each number as grey intensity, with \$0\$ corresponding to black and \$1\$ to white. 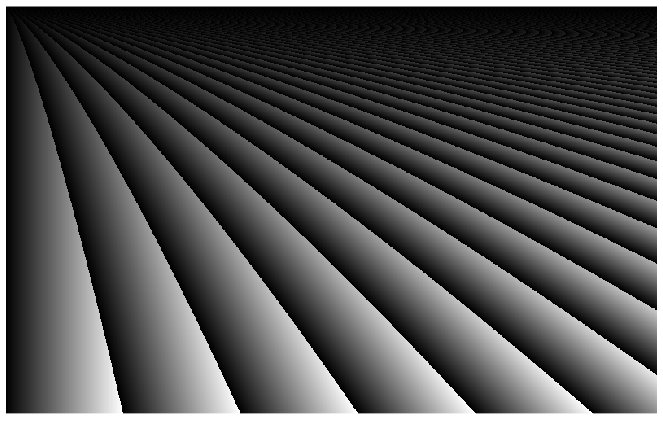 Given two positive integers \$100 \leq R, C \leq 2000 \$ and a number \$0 < s \leq 1\$, display the above defined matrix \$\mathbf M\$ as an image. You can use any colormap of your choice, not necessarily consistent across images, as long as it satisfies the very lax requirements described next.

Although the terms reasonably gradual and clearly different are somewhat subjective, this is not likely to be a contentious point. The sole purpose of these requirements is to prevent abuse. If your programming language offers a default colormap, it is most likely fine. If it doesn't, using grey is probably the shortest option.

Each of the following uses a different colormap, to illustrate some possibilities (and not incidentally to produce lively pictures).

(r#c)s returns the lines of a PGM file.

After writing it like this, I learned I could probably just return a matrix of float values but I don't think that's very interesting. 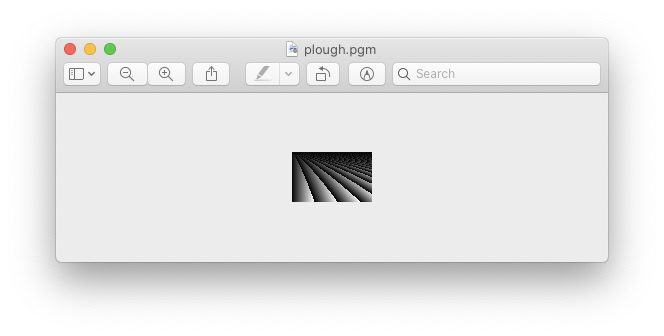 A J adverb, which uses the library function viewmat to do all the heavy lifting -- we merely need to construct the matrix values.

Assuming the adverb has been assigned to f, called like: 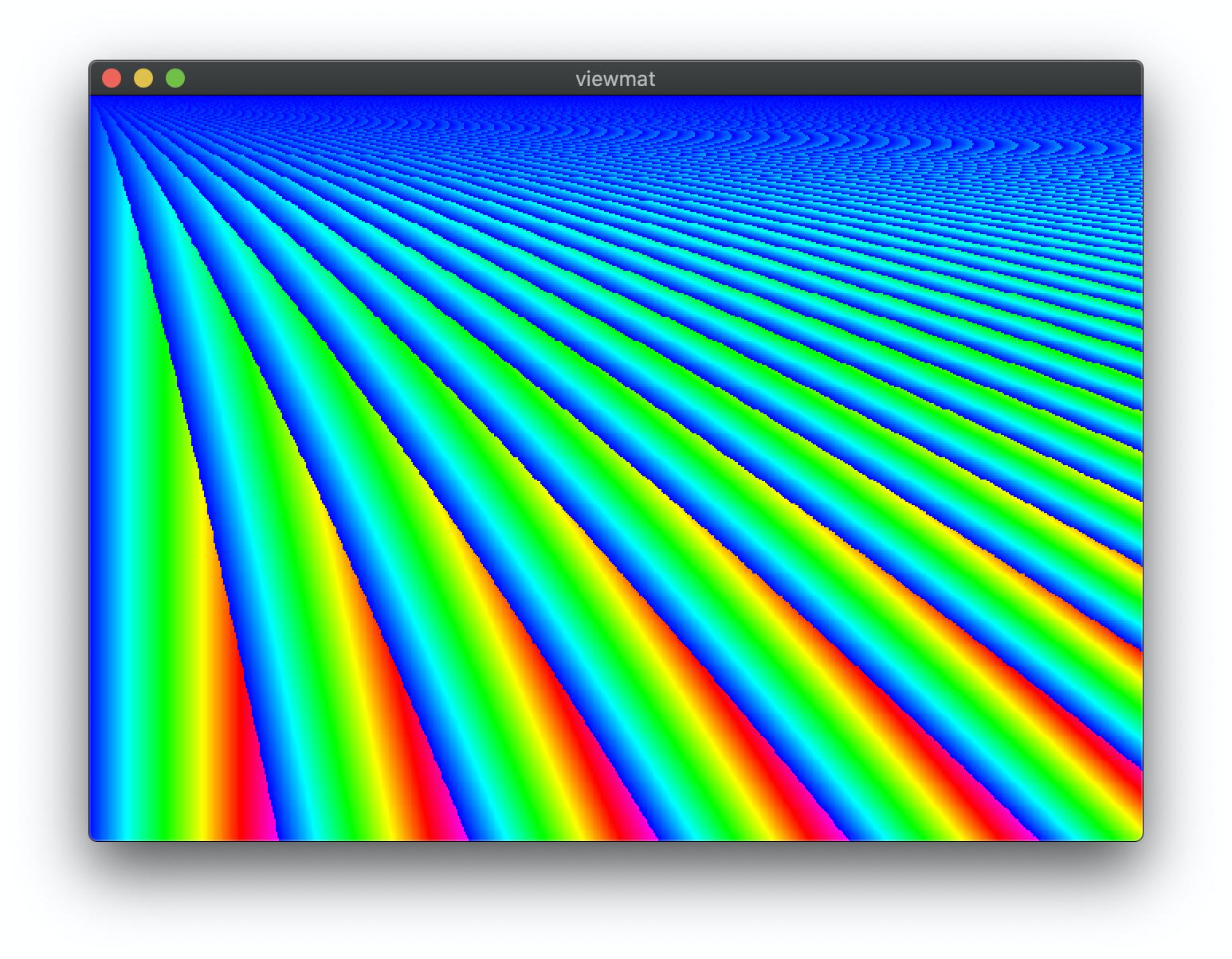 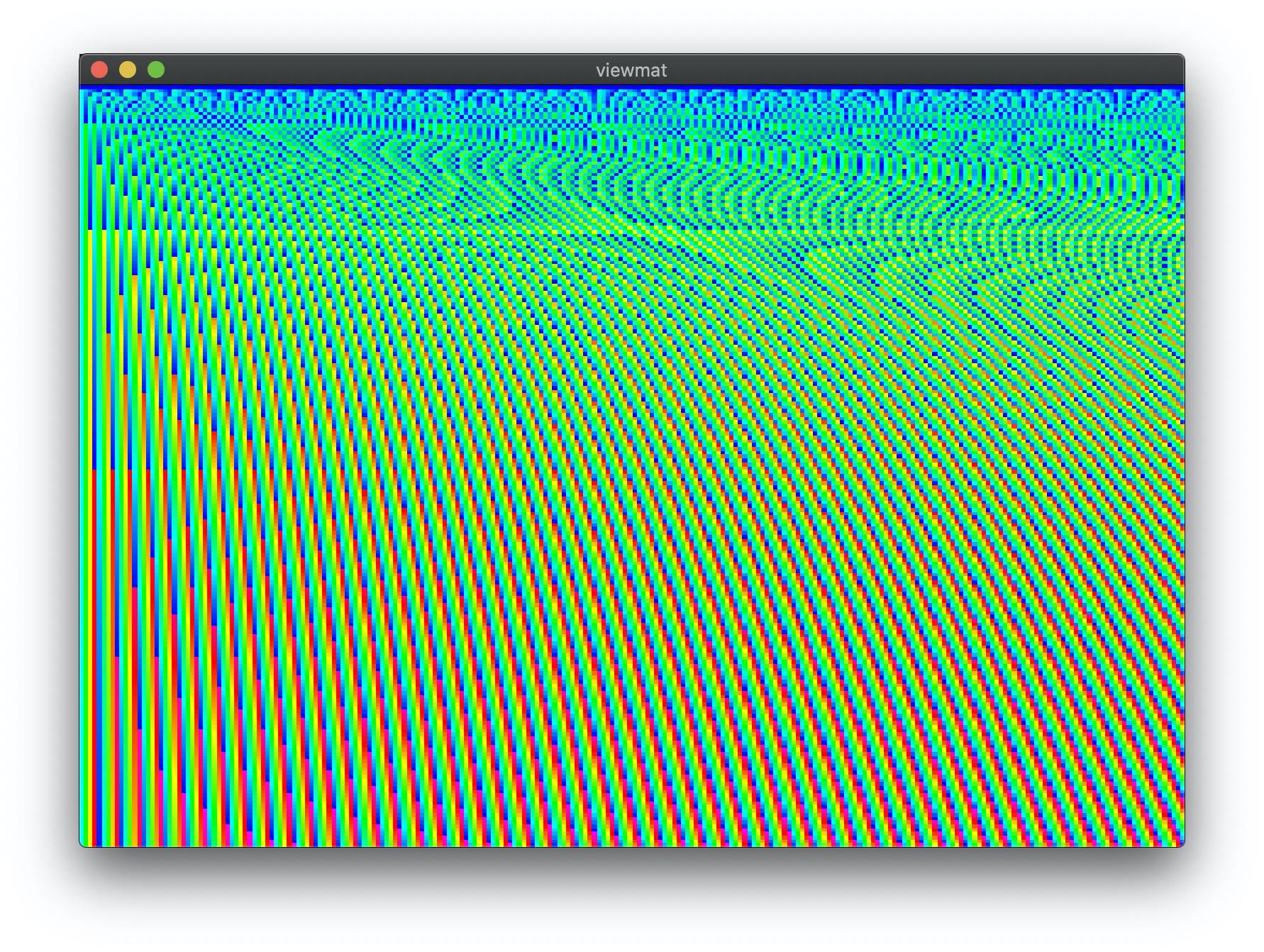 Shortened heavily and made to work with the help of JohnE and coltim at the k tree.

A function which takes input as R, C, s.

-2 thanks to some basic pointers from hyper-neutrino
+4 to correct an off-by-one error, thanks Tipping Octopus

Fairly straightforward, my first code golf attempt so I may be missing something easily golfable. Executes nested list comprehension inside the imshow() to immediately create image. Needs the show() to actually display the image. 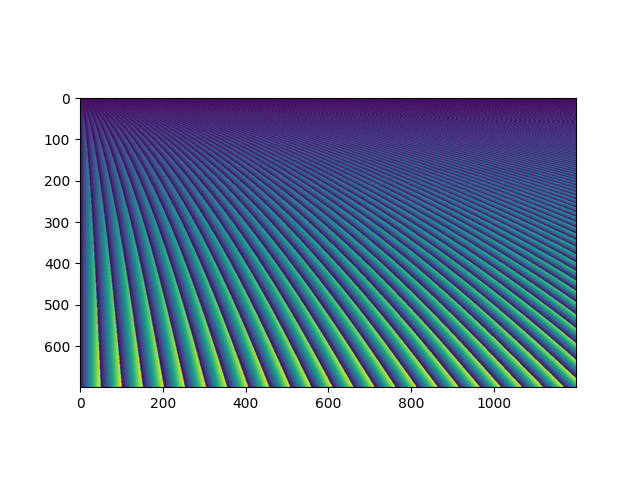 I kinda think that pajonk's answer is close to the shortest possible using R's built-in graphics... so here's a completely different approach, which actually turns-out to be 4 bytes shorter...

Outputs the contents of a greyscale PGM file. At least on my laptop using Apple's 'Preview' program, the newline characters separating lines appear to be superfluous. 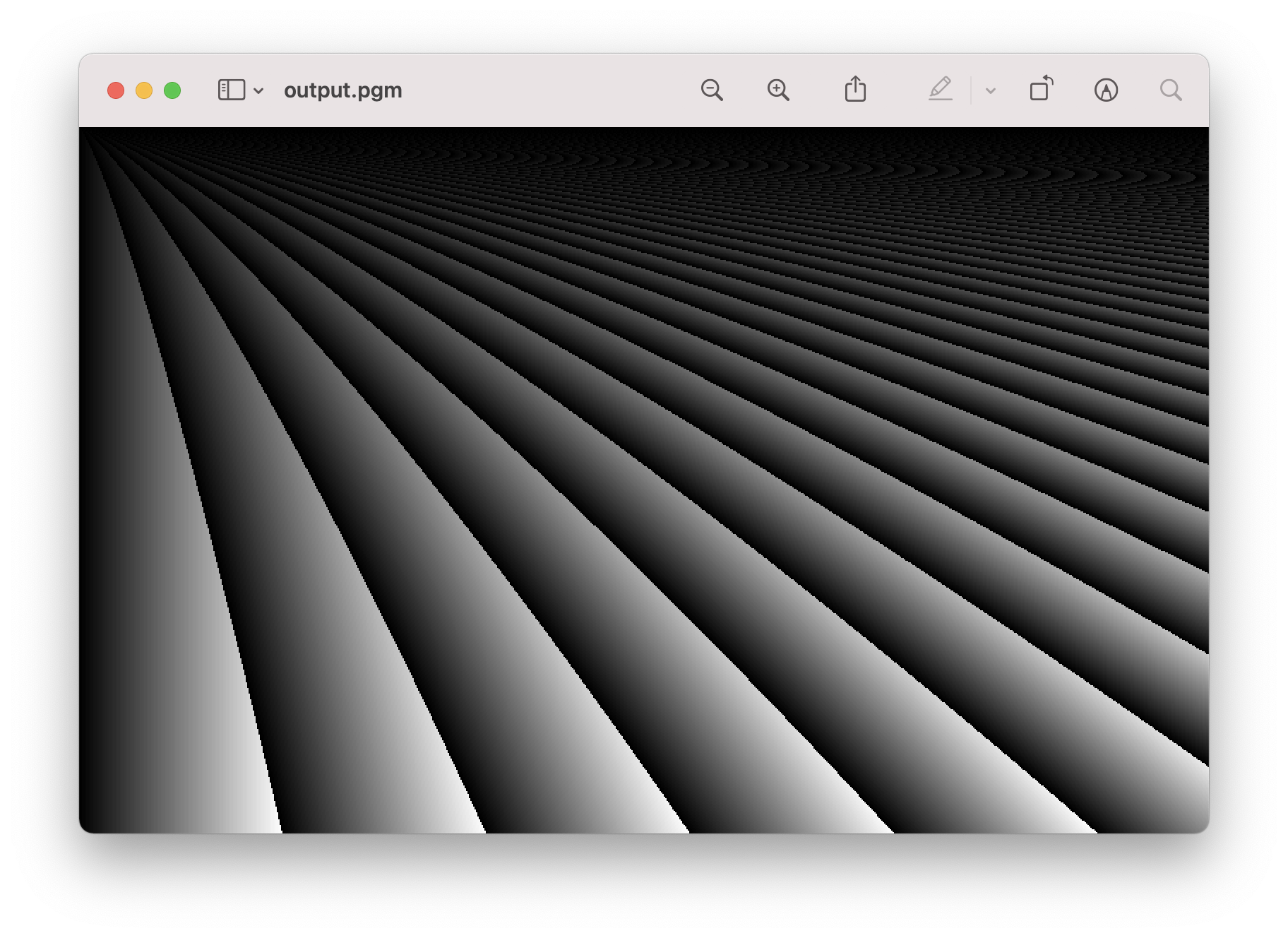 Heavily based on Danica's answer, I would have commented but I have 0 reputation.

Thanks to ovs this shortens to 74 bytes

-14 bytes thanks to @Dominic

Try it on rdrr.io with graphical output 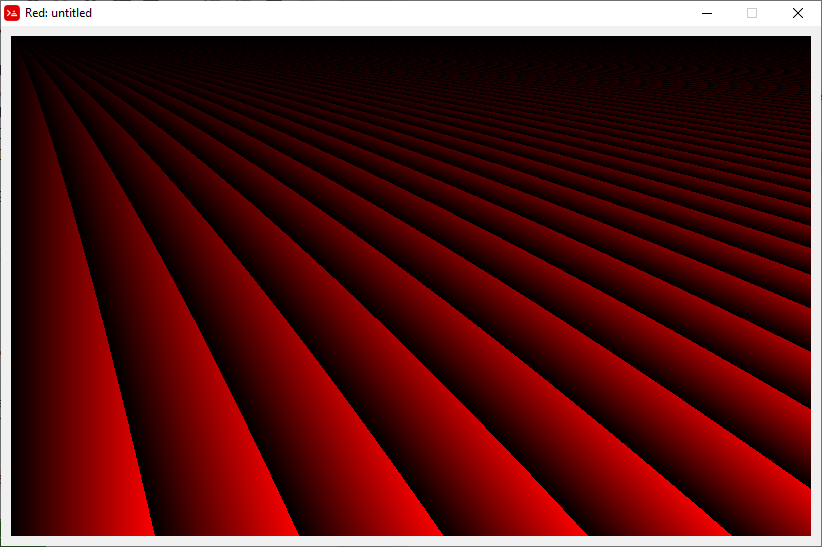 Not the answer you're looking for? Browse other questions tagged code-golf number arithmetic graphical-output or ask your own question.