Link-a-Pix is a puzzle on a rectangular grid, where the objective is to reveal the hidden pixel art by the following rules:

The following is an example puzzle and its unique solution. 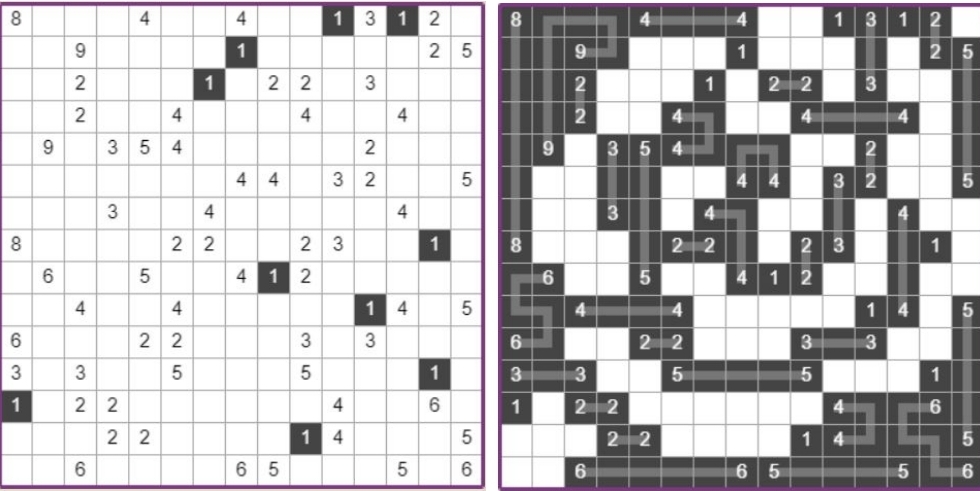 (Source: The NP completeness of some lesser known logic puzzles, 2019)

A polylink is defined as a single line on a Link-a-Pix puzzle. It is identified by the collection of cells (i.e. a polyomino) the line passes through, the endpoints, and the path (i.e. a Hamiltonian path) defined by the line. It is somewhat similar to a polystrip, except that the strip can touch itself side-by-side, and the two endpoints of the strip are marked.

The following are pairwise distinct polylinks (X's are the endpoint cells and O's are the other cells on the strip). A rotation or reflection of a polylink is different from the original unless they perfectly coincide.

Some distinct polylinks have the same underlying polyomino and endpoints, as follows. When such a link is used in a Link-a-Pix puzzle, it makes the entire puzzle have multiple solutions, which is not desirable.

Therefore, let's define a uniquely solvable polylink as one which does not have another different polylink with the same polyomino and endpoints.

The "uniquely solvable" makes the sequence deviate from A002900 from n = 9. There are exactly 10 "ambiguous" polylinks of 9 cells, all of which happen to have the shape of a 3x3 square:

a(6) through a(13) were generated using a reference program in Python.

Builds up paths starting with 0 0, filtering the ones that cross themselves. Then it normalizes each path so that every coordinate is non-negative. To check if the path is a unique solvable polylink, the end tiles and the path tiles get sorted and the results are compared to each other. If the count is 1 (for n=1) or 2 (both directions are created), it's a hit.

A pair of links that takes an integer and returns the value of \$a(n)\$. The last two bytes handle the special case of \$n=1\$ since that’s the the only situation where there aren’t pairs of poly links swapping start and end. Handles up to \$n=10\$ in the time limit on TIO but times out for higher values.

Takes a list of lists of coordinates and extends it by moving each final coordinate up, down, left and right, filtering out any intersections with the existing list

Not the answer you're looking for? Browse other questions tagged code-golf combinatorics grid puzzle-solver polyomino or ask your own question.