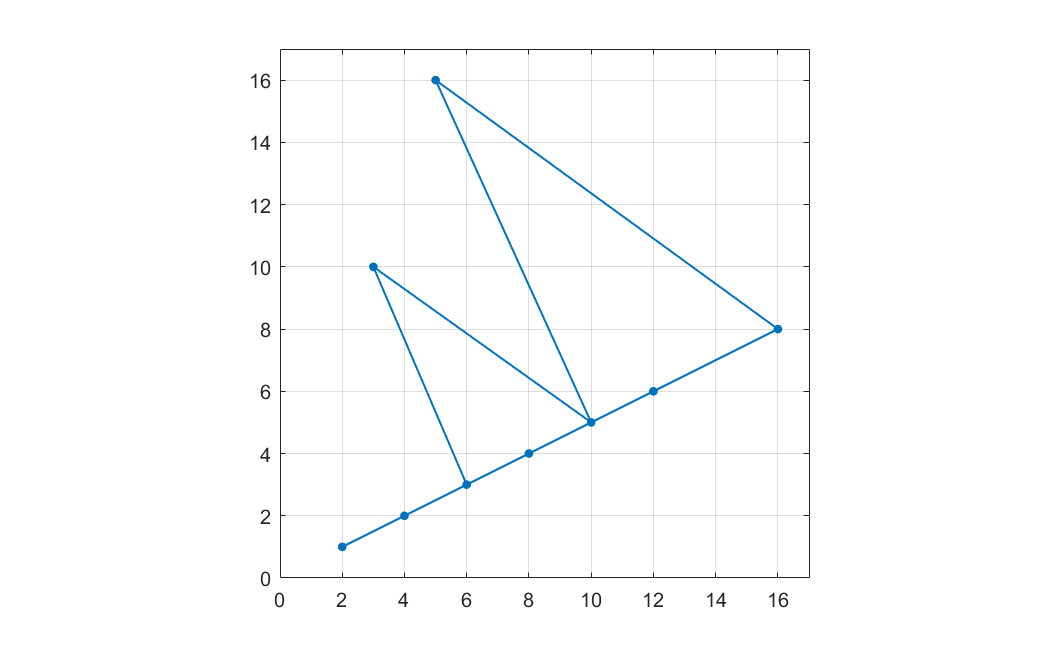 A pair of links that takes an integer argument and returns an RGB matrix on the (0 to 1) scale. Approach is the same as PBM output below but loses some bytes from the simpler output format.

A full program that takes an integer argument and prints the contents of a PBM file.

Thanks to @cairdcoinheringaahing for some nice golfs totally 5 bytes!

A full program taking an integer argument and printing an SVG. 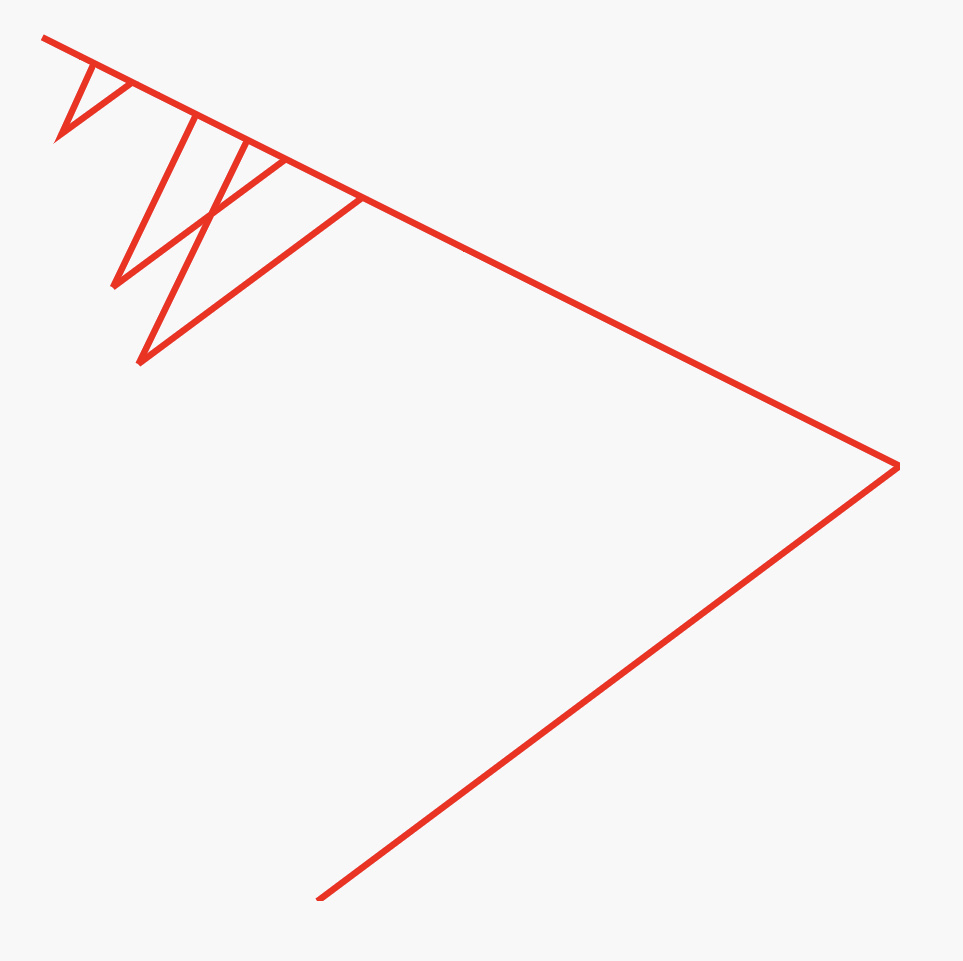 Thanks to Noodle9 for catching a mistake!

Wasn't sure if loading the graphics lib counted towards byte count, so I included it.

Here's an image of calling f 27 in the J console: 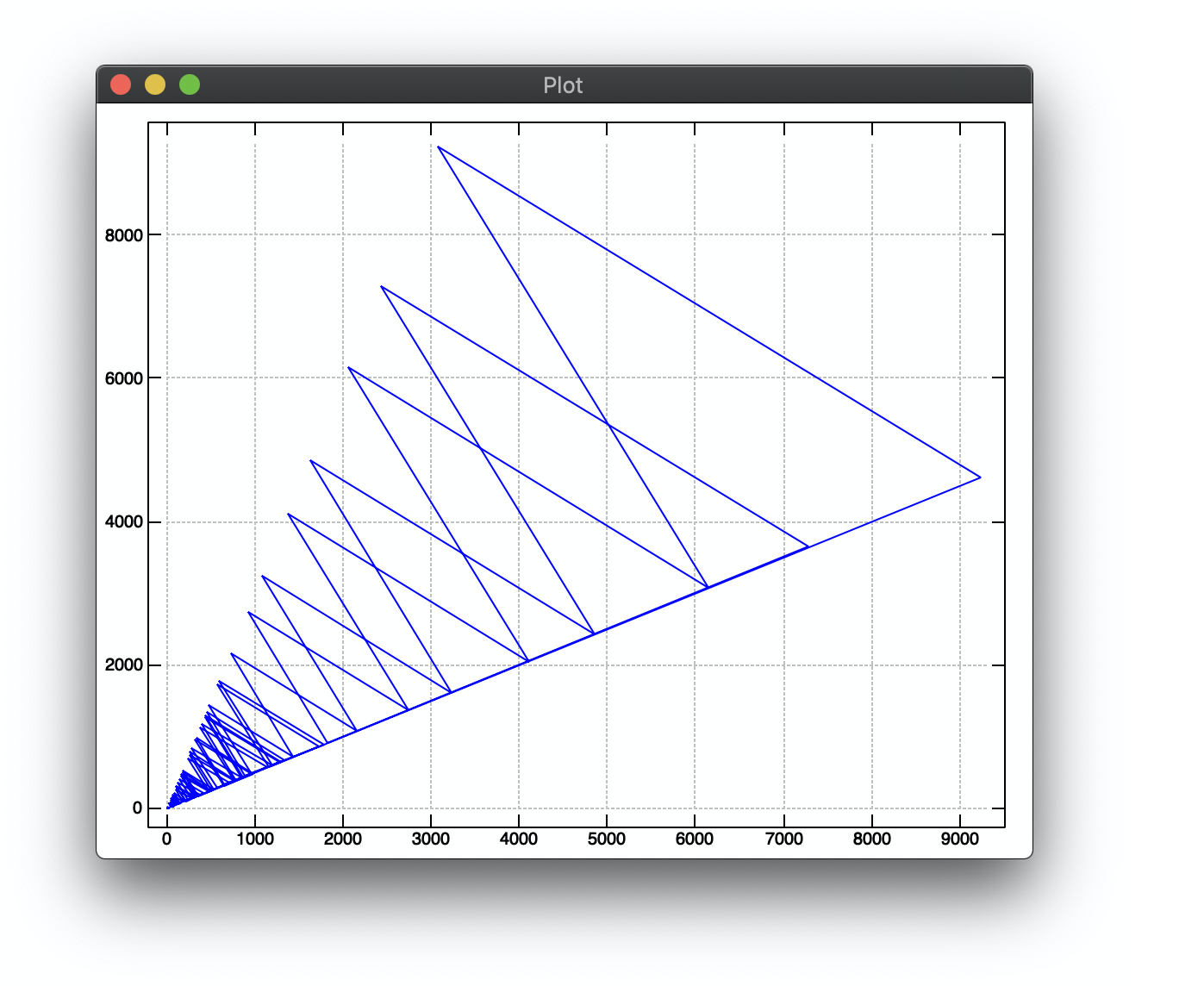 Thanks to @DominicVanEssen for saving 7 bytes! 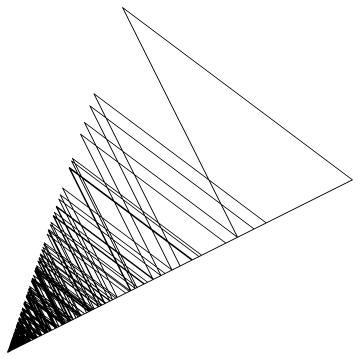 Even better version by @MarcMush:

Improved version thanks to the tips found here:

What has been done: 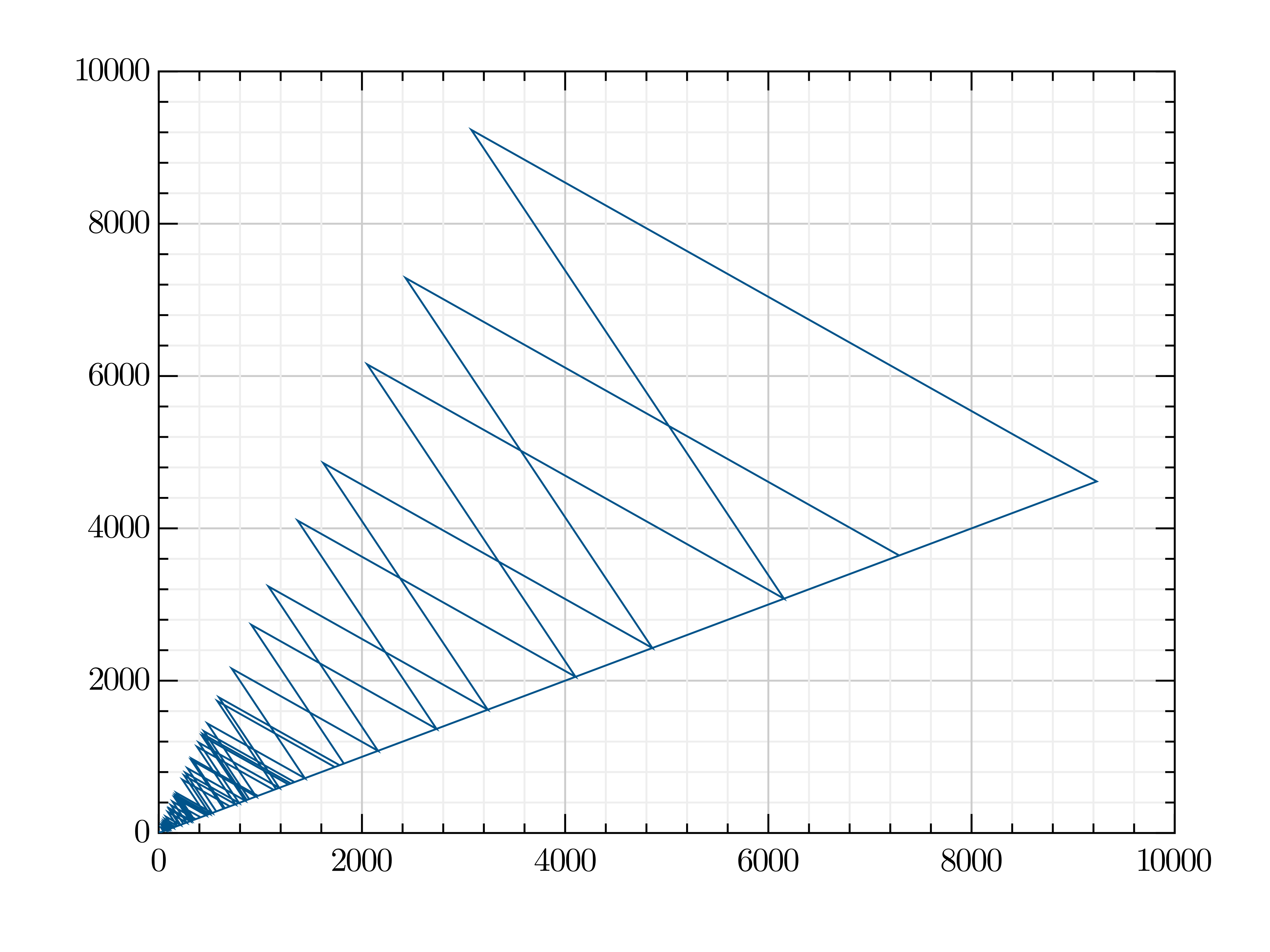 Saved 3 bytes thanks to dingledooper!!!

I don't know if red has a scalable plotting mechanism, but this was what I managed to get using the draw dialect. All outputs are scaled to 500x500 and there may be some inaccuracies for larger inputs due to downscaling and pairs being integers.

In the red interpreter, you will have to redefine the function before each run because the words get messed up. 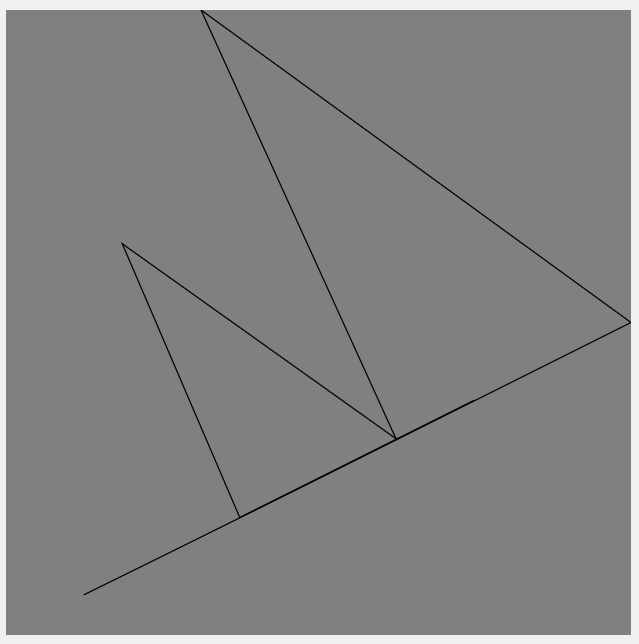 It's quotation (anonymous function) that accepts an integer from the data stack and opens a window with the chart in it. This only works in recent-ish builds of Factor, as the chart gadget is fairly new; I used build 2074. Here's what it looks like for an input of 27: 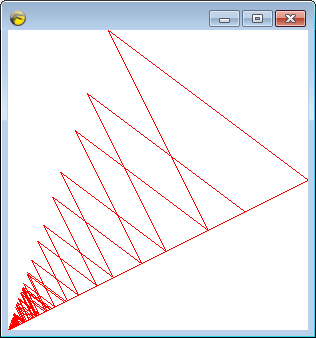 This is a pretty basic implementation that renders to the DOM using an HTML canvas. A good chunk of the code is spent scaling the output to fit within the canvas. Anyone got any better ideas to handle this?

The input is specified inline in the code, set the number inside x=[...].

No TIO link because Pygame is not supported there. 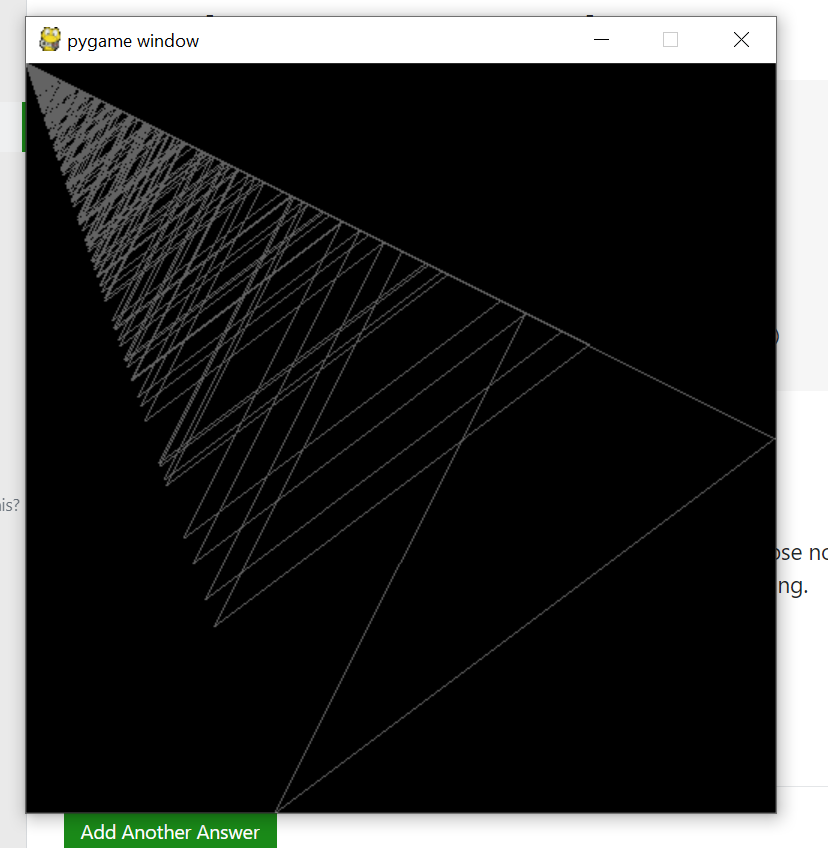 Not the answer you're looking for? Browse other questions tagged code-golf number arithmetic integer graphical-output or ask your own question.