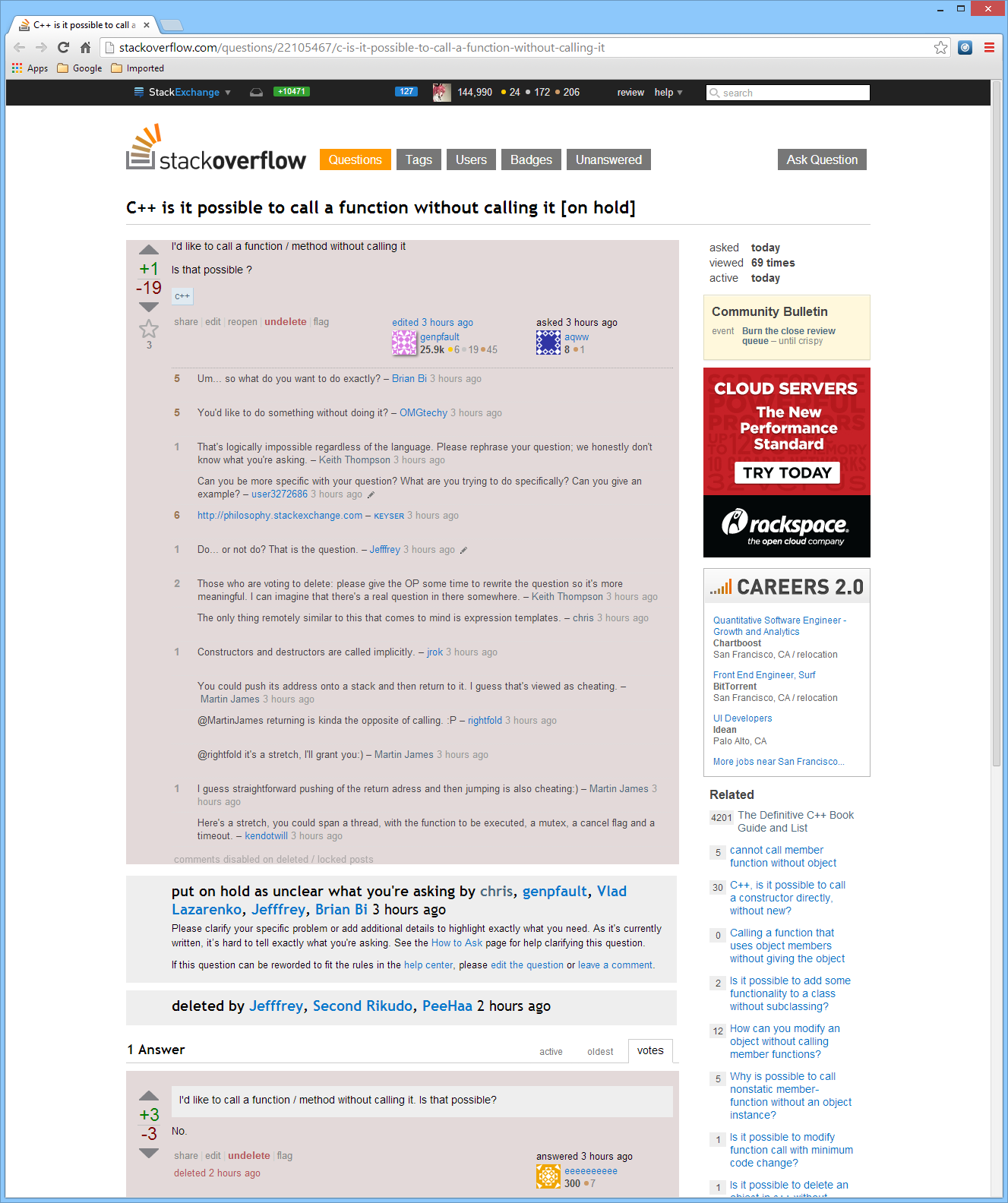 TitusTitus
14.4k11 gold badge1818 silver badges4141 bronze badges
\$\endgroup\$
Add a comment  |
Prev 1 2
3
Welcome to Code Golf and Coding Challenges Stack Exchange! This is a site for recreational programming competitions, not general programming questions. Challenges must have an objective scoring criterion, and it is highly recommended to first post proposed challenges in the Sandbox.
Visit chat