Conway's Game of Life is a well known cellular automaton "played" on an infinite grid, filled with cells that are either alive or dead. Once given an initial state, the board evolves according to rules indefinitely. Those rules are:

Game of Life is known for having simple rules yet structures can quickly become chaotic with minimal change.

In 5 generations, this reaches this configuration, which is a period 2 oscillator. However, by adding in 8 live cells next to it:

we end up with a completely empty board after 54 generations.

That is, CGCC made up of living cells. Each letter is in a \$4\times6\$ bounding box, with a single empty column of cells between boxes, for a total bounding box of \$19\times6\$. This is a zoomed-in version.

From this point, no meaningful change will happen: there are 2 oscillators which do not interact with anything else, and the rest are still lifes.

Your task is to "destroy" this by adding in living cells around the initial configuration.

You will start with the CGCC initial state, as shown above. You will add \$n\$ living cells to the board. Those cells must be outside of the \$19\times6\$ bounding box of the CGCC (but may touch against the outside). When this new initial state (with your added cells) is run, it must eventually result in an empty board.

Note that the board is considered infinite, so if your configuration produces any spaceships, it is not a valid configuration.

Your score is equal to \$n\$. The lowest score wins, ties are broken by the fewest generations required to empty the board. Please provide either a testing environment to demonstrate your solution, or provide a video/gif of it running.

Here is a pre-filled CGCC pattern in a GoL simulator

Sorry, but I guess I wrecked the challenge. I brute-forced all meaningful one-dot additions by hand, and found no other answer that wins against this. 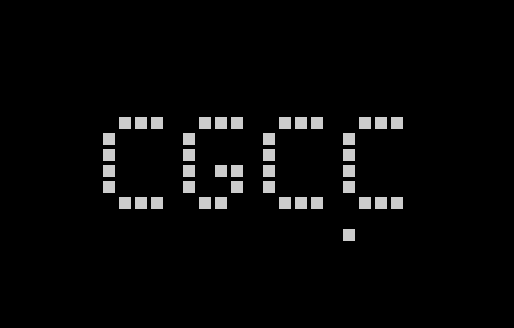 Try this pattern on copy.sh!

Run it online here. Here's what the initial position looks like:

This is what I promised for in the comment, but it got already beaten by Dingus...

I can't upload images right now, so I include a text-based initial configuration and the copy.sh export format.

Not the answer you're looking for? Browse other questions tagged code-challenge cellular-automata game-of-life or ask your own question.