The : generates a range from 1 to input inclusive and the p reduces it on product

The program sends the ! to the end of the input, then makes several more substitutions. After completing the substitutions that exist in the initial program, each 1 from the input has been replaced with the following "1 code" (line breaks added for clarity):

Each copy of the "1 code" multiplies the number of full stops between the single quotes by 1, then increases the multiplier of the subsequent copies by 1. Many backslashes have been used to ensure that the rest of the code is not modified by earlier copies' execution.

The multiplication is done by adding a | at the end, then moving it left, replacing each . it passes with ., then removing it. To increase the multiplier, |. is changed to |.., with the intermediate step of xx.

Finally, the last substitution removes the single quotes, and the result is printed. 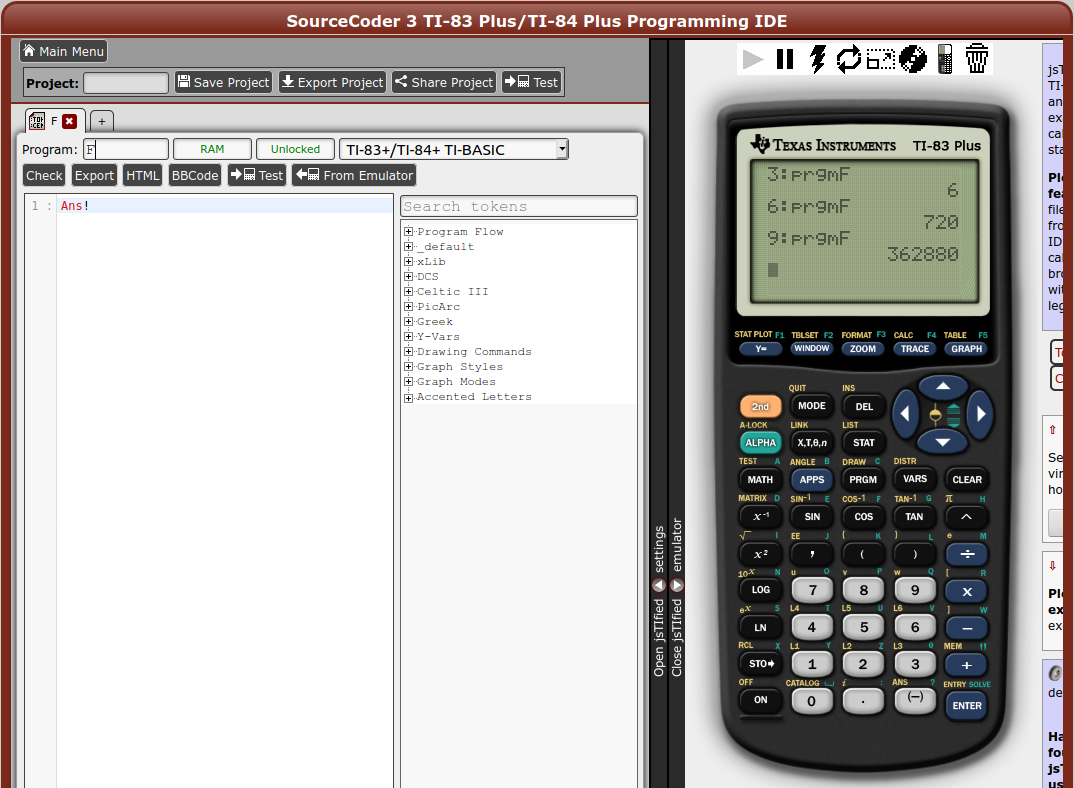 Steffan's answer is much shorter at 28 bytes, but this predicate was created to be as general as possible. It can be used to:

The last section feels like it can be golfed, especially as it has both 0>1 as always true and 0<1 as always false, but I've been staring at it for a while and can't figure out anything better. Pity that \+! doesn't work.