In the description of this challenge, the following board will be used as a reference for positions:

For instance, in a game of ordinary tic-tac-toe, B E A C G D F H I describes the following:

In quantum tic-tac-toe, players' moves are superpositions of moves in classical tic-tac-toe. Players mark two cells per move instead of just one, and those cells become entangled. Each quantum mark is given a subscript telling the number of the turn in which it was placed. 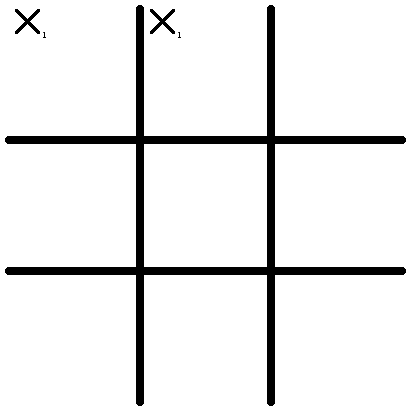 In the above board, A and B are entangled, and so it is said that X made the move AB: X1 is either in A or B but the true position cannot be known with certainty until later in the game. 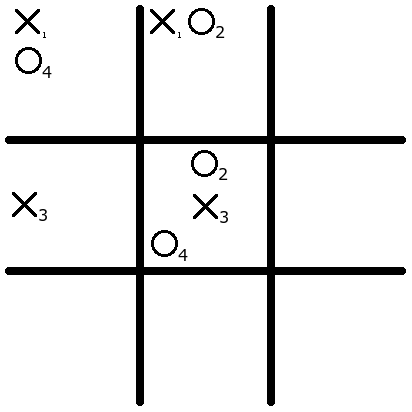 Here, there has arisen a cyclic entanglement between cells A, B and E. Consider the following image, in which a line represents an entanglement: 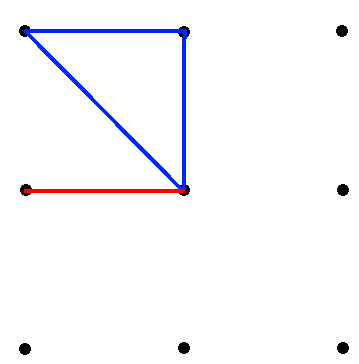 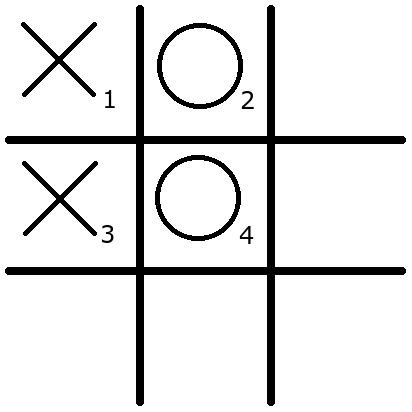 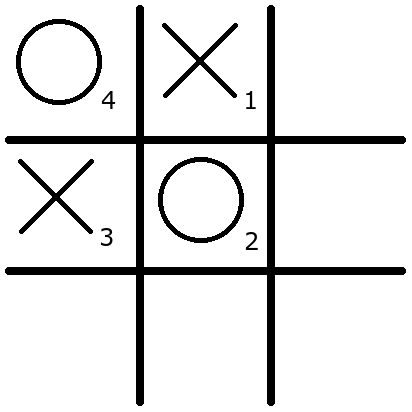 There are only ever two possible states to choose from, because all individual entanglements only involve two cells. To record which state was chosen, the following methodology will be used:

Since either X1 or O4 will occupy A, either 1 or 4 will be written. This would mean the above boards would be described by the sequences AB BE DE AE 1 and AB BE DE AE 4, respectively. After measurement occurs, no more moves can be made in A, B, D or E because it is now known what lies in those cells.

A single-cell entanglement, e.g. AA 1, is not allowed under ordinary circumstances, as that would mimic the behavior of a classical mark. This sort of move is only allowed when just one cell not occupied by a classical mark remains.

A game continues until at least one tic-tac-toe is formed or until the board is filled with classical marks. Multiple tic-tac-toes can be made only if they appear simultaneously after a measurement; this is because the presence of one or multiple tic-tac-toes disallows the placement of any additional quantum marks.

The first number corresponds to X's score and the second to O's.

For clarification on that last point, consider the board made by the sequence AI EG BE EH DG AI 1 BC CE 3: 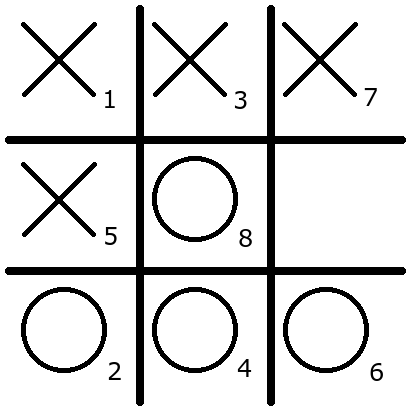 Given a series of moves from a game of quantum tic-tac-toe, determine the score of each player.

Takes input with A-I translated to 0-8 in tuples. The collapse choice is represented by the cell the last entanglement collapses to.