In computer science, a suffix automaton is the smallest partial deterministic finite automaton that recognizes the set of suffixes of a given string. (Wikipedia)

Given a string \$S\$ consisting of lowercase letters (a-z), construct the suffix automaton for it.

A suffix automaton is an array of states, 0-indexed or 1-indexed, depending on your implementation. The ID of a states is defined to be its location in the aforementioned array. The initial state \$t_0\$ is the state that corresponds to the empty string, and must be first in the array of states.

A state is defined as a sequence of 27 integers:

For further information on a suffix automaton and how to construct it, see the wikipedia page and the CP-algorithms page.

The input string will be given in any acceptable format.

Output the array of states in any acceptable format. Be sure to state the "special values that is not a state ID".

For the string abbbcccaabbccabcabc, the suffix automaton's states should be structured similarly to this (blue edges = transition pointer, green dashed edges = suffix link): 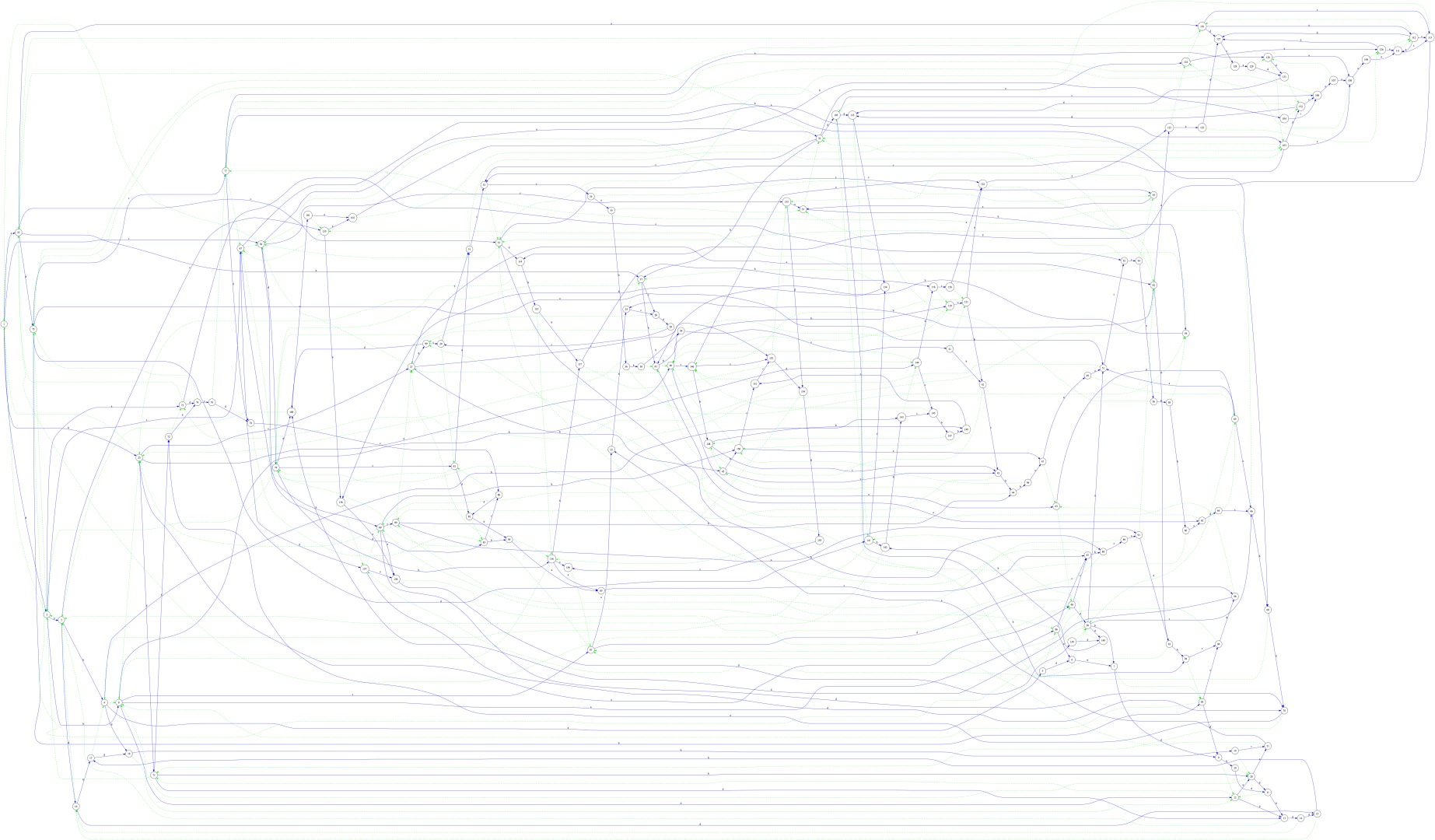 This is code-golf, so shortest program (in bytes) wins.

Your code should run reasonably fast (in at most 10 seconds) for a string of length \$10^6\$. (If this requirement is too strict, I will relax the limit.)

Browse other questions tagged code-golf string or ask your own question.

19
Counting creatures on a hexagonal tiling