Ask Question
Asked 4 months ago
Active 4 months ago
Viewed 93 times
1
\$\begingroup\$
Closed. This question is off-topic. It is not currently accepting answers.

A directed graph G is given with Vertices V and Edges E, representing train stations and unidirectional train routes respectively.

Trains of different train numbers move in between pairs of Vertices in a single direction.

Vertices of G are connected with one another through trains with allotted train numbers.

Given two Vertices V1 and V2, how would one go about calculating the minimum number of hops needed to reach V2 starting from V1? 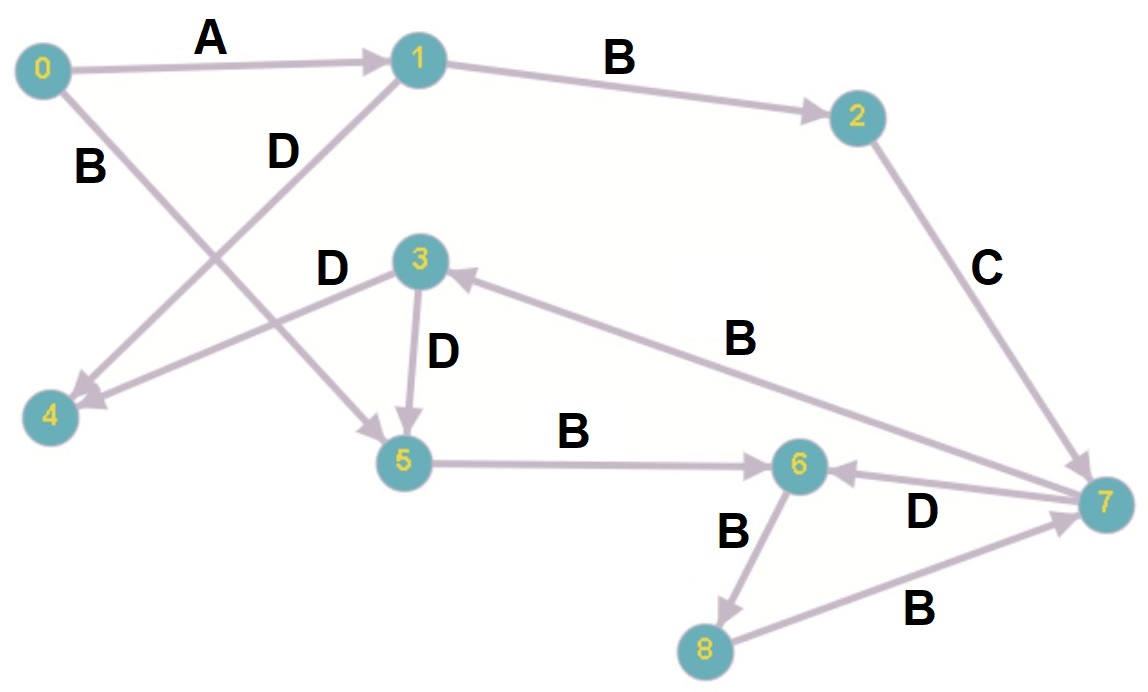 In the above example, the minimum number of hops between Vertices 0 and 3 is 1.

There are two paths from 0 to 3, these are

Hop Count is 4 as the passenger has to shift from Train A to B then C and B again.

Hop Count is 1 as the passenger needs only one train route, B to get from Vertices 0 to 3

Thus the minimum hop count is 1. 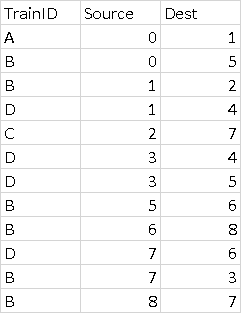 Input To be solved

Browse other questions tagged graph-theory fastest-algorithm or ask your own question.