An ordinary N-digit combination lock consists of N rotating discs. Each disc has digits 0-9 inscribed in order, and you need to turn them to the correct password to open it. Obviously, if you don't know the password, you will need to try at most 10N times before unlocking it. That's not interesting. 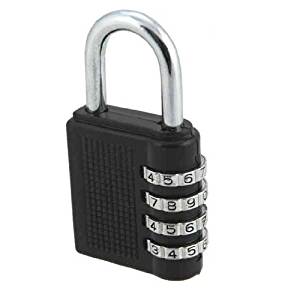 So let's consider a variant of combination lock, name it distance-revealing lock.

In every unsuccessful attempt to open an distance-revealing lock, it will respond the minimum number of movements to unlock.

Given a distance-revealing lock with its password unknown, try to open the lock with a minimal number of attempts (not movements), while keeping the program from getting too long.

Lines starting with > represent input, and others represent program output.

You can have a password in your mind and interact with your program to test it.

EDIT: Maybe the input/output format above was not clear. Here's a sample program in Python.

Thanks to Jonah for simplifying the challenge.

Hopefully C# in this format works for you. It is in the form of a complete program, so there should be a way to compile to an executable. Let me know if there's anything I can do to make it easier. Bytes are part of the scoring even though the Code Golf tag is removed so my official submission removes all the unneeded whitespace and useful names. My explanation below will use fragments of the ungolfed code:

This program uses only a single helper method:

This writes the guess to stdout, then reads the distance from stdin. It also immediately ends the program if a guess is the exact combination. I call it a lot. Next the initial setup:

This gets the length of the combination, then starts guessing with all 0s. Afterwards, it iterates through each digit in a for loop.

For each digit, it guesses 5, then decides on the next step based on how the distance changed since the previous guess (where that digit was 0).

If the distance increased by 5, then 0 was correct for that distance. Adjust that digit back to 0. Altering the recorded distance manually prevents an extra guess.

If the distance decreased by 5, then 5 is the correct digit and we move to the next digit immediately.

After that things are tricky. Using 5 and 0 for my initial guesses means that the remaining difference possibilities are 3, 1, -1, -3 with 2 possibilities for each, which need 1 additional guess to distinguish. Each of these cases takes a similar form

Some of the numbers change, but essentially we try one of the two possibilities, and check whether the change was the correct one for that digit. If it wasn't, then the other digit is correct so we set that digit then adjust the difference manually.

This method means we should require, at most, 1 guess for the initial 0s, 2 guesses per digit, and then 1 final guess to ensure the last digit doesn't fall through.

It might be buggy though, it works as far as I've checked manually but that's no guarantee. Bug found and squashed thanks to Colera Su

This program takes ceil(log(n))*10 attempts per combination or every single digit takes 10 attempts (so, 333 takes 30 attempts).

Huge thanks to Colera Su for helping me with the input/output functionality.

I wrote a version of the lock code inside of Python. You can go ahead and use if you're trying to solve this in Python (like me). The following works in Python 2 and 3. It made a lot more sense just to implement lock as a class you can test against and I decided to create a generator function for guessing the inputs.

Stdin-stdout version, as requested by the OP, no boilerplates. Thanks to Colera Su for fixing an initial bug. This is a marginally shorter version than the one in the comments.

The total number of tests is thus 3*L 2*L + 1, where L is the length of the code: an initial check against all zeros, then two checks for each digit, one against 5 and one against 4.

The improvement from a factor 3 to a factor 2 was inspired by Kamil Drakari's submission.

The rest of the TIO submission is boilerplate for R. The TIO submission showcases the running time and the total number of operations for 1000 runs with L=1...200, 5 replicates for each value of L.

Not the answer you're looking for? Browse other questions tagged code-challenge atomic-code-golf or ask your own question.

3
Arithmetic Golf: Reach 2011
19
Print the QWERTY keyboard using keys that are as close together as possible
11
Egg hunting in Collatz style
11
A guess the word game
6
Average number of strings with Levenshtein distance up to 3
20
Break The Chain
9
Efficient table-lookup computation