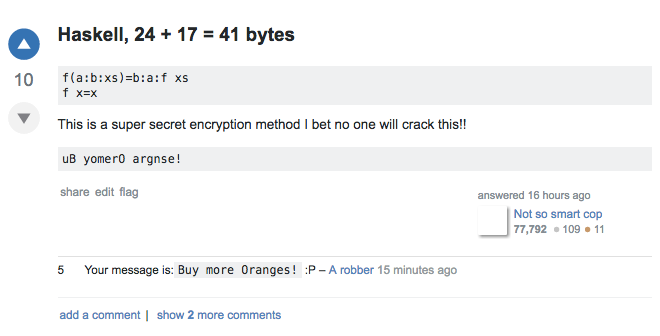 16
"Hello, World!" (Cops' thread)
16
Hidden Inversions (Robbers' Thread)
25
All your bijective base are belong to us