In a desolate, war-torn world, where cities have been overrun by thugs and thieves, civilization has reinvented itself in the form of small, isolated, industrial cooperatives, scattered throughout the previously uninhabited landscape. The existence of these communities is reliant on teams of mercenary workers called "scrappers", who search the untamed territory for valuable materials to sell to the coops. As these materials have grown more scarce, scrapping has become an ever more difficult and dangerous profession. Fragile human workers have mostly been replaced with remote robotic stand-ins, called “bots”, and a typical mercenary is more likely to be a skilled programmer than an armed welder. As the human presence in scrapping has declined, so too has the respect between mercenary groups for one another. Bots are equipped not only to collect scrap, but to defend it, and in some cases take it by force. Bot programmers work tirelessly devising new strategies to outsmart rival scrappers, resulting in increasingly aggressive bots, and yet another danger for humans who venture outside the walls of their communities.

(yeah, the logo gets cropped hilariously)

This is an early version of Scrappers in which scrap collection and factories have not been implemented. It’s basically a “shoot ‘em up”.

You are a mercenary programmer tasked with creating a program to remotely conduct your bots to victory over rival scrapper groups. Your bots are spider-like machines consisting of power and shield generators at their core, surrounded by many appendages equipped with gripping, cutting, and attacking implements. The power generator is capable of producing 12 power units (pu) per tick (a scrapper's unit of time). You are in control of how this power is distributed amongst a bot's three primary needs: movement, shields, and firepower.

Scrapper bots are exceptionally agile machines, and can easily move over, under, and around any obstacles they encounter. Thus, collision is not something that your program needs take into consideration. You are free to allocate all, some, or none of the 12pu available to your bot for movement, as long as you deal in whole numbers. Allocating 0pu to a bot's movement functions would render it immobile. Allocating 2pu would enable a bot to move 2 distance units (du) per tick, 5pu would result in 5du/tick, 11pu would result in 11du/tick, and so on.

Your bots’ shield generators project a bubble of deflective energy around their body. A shield can deflect up to 1 damage before popping, thus leaving your bot exposed until it's shield generator builds enough power to snap the shield back into place. You are free to allocate all, some, or none of the 12pu available to your bot towards it’s shield. Allocating 0pu to a bot's shield means that it will never generate a shield. Allocating 2pu would allow a bot to generate a new shield 2 out of 12 ticks, or once every 6 ticks. 5pu would result in shield regeneration 5 out of every 12 ticks, and so on.

By building up a charge in their welding lasers, your bots can fire damaging beams over short distances with fair accuracy. Like shield generation, your bots’ rate of fire depends on the power allocated to their lasers. Allocating 0pu to a bot's lasers means that it will never fire. Allocating 2pu would allow a bot to fire 2 out of every 12 ticks, and so on. A bot’s laser will travel until it encounters an object or disperses into uselessness, so be mindful of friendly fire. Although your bots are quite accurate, they aren’t perfect. You should expect +/- 2.5 degrees of variance in accuracy. As the laser beam travels, its particles are incrementally deflected by the atmosphere until the beam becomes effectively harmless with enough distance. A laser does 1 damage at point blank range, and 2.5% less damage every bot-length it travels. In other words, the closer you are to your target, the more likely you are to hit it, and the more damage you will cause.

Scrapper bots are autonomous enough to handle basic functions, but rely on you, their programmer, to make them useful as a group. As a programmer, you may issue the following commands for each individual bot:

You can download the game engine from here. When the game is launched, it will begin listening on port 50000 (currently not configurable) for player connections. Once it receives two player connections, it sends the READY message to the players and begins the game. Player programs send commands to the game via the TCP API. When the game is over, a JSON file named scrappers.json (also, currently not configurable) is created. This is what the renderer uses to create a GIF of the game.

Player programs and the game engine communicate by passing newline-terminated JSON strings back and fourth over a TCP connection. There are just five different JSON messages that can be sent or received.

The READY message is sent from the game to the player programs and is only sent once. This message tells the player program what its player ID (PID) is and provides a list of all the bots in the game. The PID is the only way to determine which Bots are friendly vs enemy. More info on the bot fields below.

The BOT message is sent from the game to the player programs and is sent when a bot's attributes change. For instance, when shields are projected, or health changes, a BOT message is sent. The Bot ID (BID) is only unique within a particular player.

The MOVE message is a command from the player program to the game (but think of it as a command to a bot). Simply identify the bot you want to move, and the coordinates. It's assumed that you are commanding your own bot, so no PID is necessary.

The TARGET message tells one of your bots to target some other bot.

The POWER message reallocates the 12pu available to your bot between movement, firepower, and shields.

If you're brave enough to explore the untamed lands, you'll be entered into a double-elimination tournament against your mercenary peers. Please create an answer for your submission and either paste your code or provide a link to a git repo, gist, etc. Any language is acceptable, but you should assume I know nothing about the language and include instructions for running your program. Create as many submissions as you like, and be sure to give them names!

The sample player programs will be included in the tournament, so I highly recommend testing your bot against them. The tournament will commence roughly two weeks after we get four unique program submissions. Good luck! 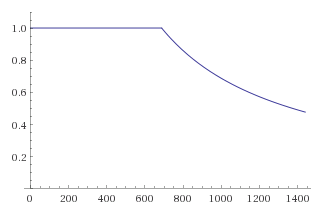 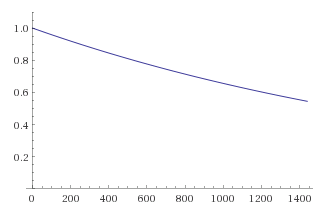 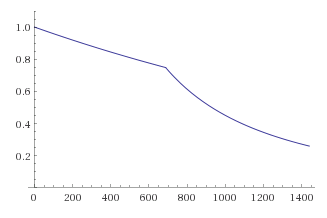 This bot will always devote all of its power to one thing: shielding if it isn't shielded, moving if it is out of position, and firing otherwise. Beats all of the sample bots except death-dish.

Originally, I planned to slightly modify the Reckless Abandon sample program so that bots would not fire if a friendly bot was in the way. I ended up with bots that pick new targets when a friend is in the way, which I guess is better. It'll beat the first two programs.

The code isn't perfect. The logic to determine if a shot is clear uses some pretty random guesswork.

There doesn't seem to be a mechanism to target "nobody". That might be a good feature to add.

The TCP API is nice in that any language can play, but it also means a lot of boilerplate code. If I wasn't familiar with the language the sample bots were written in, I probably wouldn't have been motivated to play around with this. A collection of boilerplate samples in various languages would be a great addition to your other git repos.

Trigger Happy is a simple evolution of my original, but no longer viable, Bombard bot. It is a very simple bot that will simply fire on the currently targeted enemy if there is a clear shot, otherwise performs a random walk to try to get into a better position. All the time attempting to have a shield.

However, for all its simplicity it is very effective. And will readily destroy the sample bots.

Note, there are multiple bugs with the bot such as will sometimes fire even when not a clear shot and may not maintain a shield... but it is still effective so will just submit this entry as-is

Not the answer you're looking for? Browse other questions tagged king-of-the-hill or ask your own question.