Splix.io - King of the land

You are an enterprising dot who wants to increase the land under its control. This is quite simple - travel outside your current land and loop back into your land and everything in that loop is now owned by you. But there is a catch. If some other dot somehow finds your loop and crosses it, you die.

If you haven't already tried it, go to Splix.io and try a game. Use the arrow keys to control your movement.

All players start at random positions on a 200x200 board. (I reserve the right to change this :). You will have a certain amount of moves to amass the greatest number of points possible. Points are tallied by:

This brings up the point that others can steal your land. If they start a loop that intersects some of your land, they can claim it. If you die during the round, you lose all points for that round.

Each round has a randomly selected group of players (max 5 unique players) (subject to change). Every player participates in an equal number of rounds. Your bot's final score is determined by its average per-game score. Each game consists of 2000 turns (also subject to change). All bots make their moves at the same time. 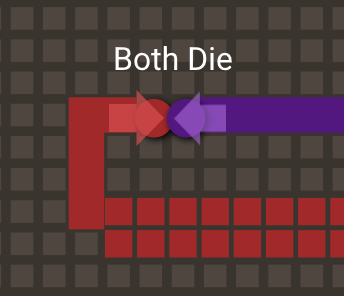 Both players die when they head butt each other. This is still true even when both players are at the edge of their space. 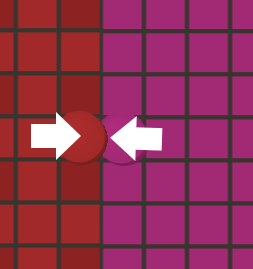 However, when only one of the players is in his land, the other player dies. 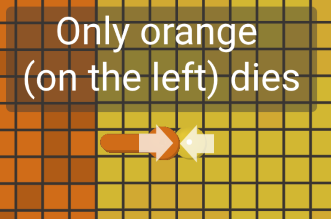 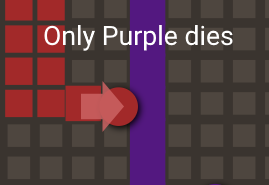 In this case, only the purple player dies.

You can't cross your own line. 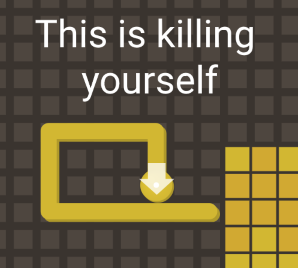 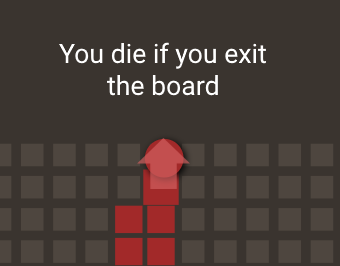 If a player attempts to exit the board, he will die and lose all points.

A player will capture area when he has a trail and he enters his own land again. 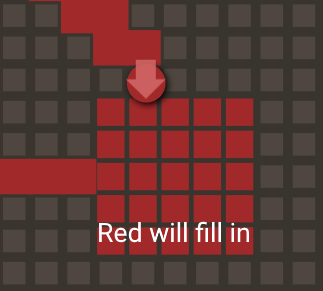 Red fills in between the two red lines. The only case where a player does not fill in is when another player is inside the loop. To be clear, this only applies when the other player himself is in the loop, not just land owned by him. A player can capture land from another person. If a player cannot fill in the area surrounded by his trail, the trail is converted directly to normal land. If the player inside another players land loop dies, the area in that loop is filled. Every time a player dies, the board is reexamined for an area that can be filled in.

The controller is here. It is very similar to the original game, but small changes have been made to make this a better fit for KotH and for technical reasons. It is built with @NathanMerrill's KotHComm library, and with substantial help from @NathanMerrill as well. Please let me know of any bugs you find in the controller in the chat room. To be consistent with KotHComm, I have used Eclipse collections throughout the controller, but bots can be written using only the Java Collections library.

Everything is packaged in an uberjar on the github releases page. To use it, download it and attach it to your project so you can use it for auto-compleat (instructions for IntelliJ, Eclipse). To test your submissions, you run the jar with java -jar SplixKoTH-all.jar -d path\to\submissions\folder. Ensure that path\to\submissions\folder has a subfoler named java, and to place all your files there. Do not use package names in your bots (although it may be possible with KotHComm, it's just a bit more trouble). To see all options, use --help. To load all the bots, use --question-id 126815.

To start writing a bot, you must extend SplixPlayer.

This is the class where you access the board. You can either get a local view (20x20) of the board with the player positions shown, or a global view (the entire board) with only the information of who owns and claims positions on the board. This is also where you get your position.

ReadOnlyGame only provides access to the number of turns left in the game through int getRemainingIterations().

The Clojure compiler is bundled with the SplixKoTH-all.jar, so you can use Clojure for your bot! Refer to my random_bot to see how to use it.

The controller comes with a debugger to help test strategies. To start it, run the jar with the --gui option. 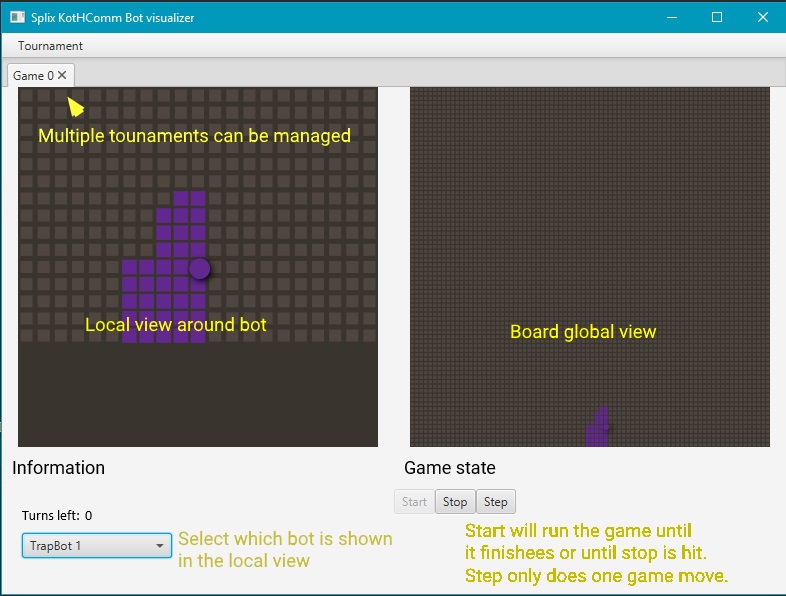 If you are using a debugger with your code, you can use this to help visualize what your bot is seeing. Set a breakpoint at the beginning of makeMove on your bot, and ensure that it only pauses the current thread. Next, click the start button on the UI and step through your code.

Now, to put it all together:

To run your bots with others, you need to run the jar on the releases page. Here is a list of flags:

Also, do not use a package declaration.

Please let me know if any portion of the rules are unclear, or if you find any errors in the controller in the chat room.

This is perhaps the most simple bot. All it does is trace out the edge of the board, doubling back on itself to reduce risk of being killed.

This is RandomBot, but I had to stick to naming conventions, and some issues prevent me from using the hyphen in the name, so underscores reign! The make-move fn returns a vec with the first item being the Direction you want to move in, and the second being the state you want to be passed back to you on the next turn. Do not use any external atoms, since this code may be running multiple games in parallel.

One of the most basic bots. It searches the board for spots to kill others, and it will follow the shortest path possible to get to a killing position. If it is outside its territory, it will make random moves until it has another opening to kill another player. It has some logic to prevent it fomr running over itself, and when all other players are dead it goes back to its home. Once home it just goes in a little square.