Is it a Cactus?

In graph theory, a Cactus is a connected graph such that any distinct two simple cycles in the graph share at most one vertex.

Here is a Cactus with 3 simple cycles outlined with dashed lines. 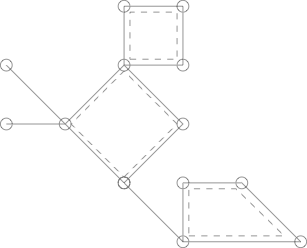 The following graph is similar to the one pictured above but is not a Cactus because the two vertices labeled in red are shared by two simple cycles. 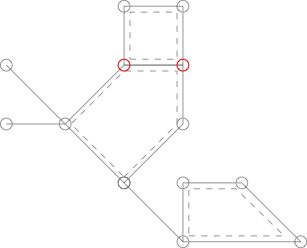 Things can get a little bit trickier, for example the following graph: 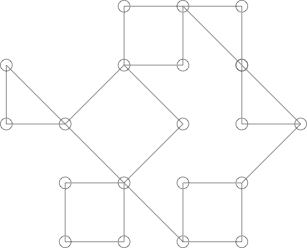 Might look like a Cactus but it is not. This can be shown by highlighting the following cycle: 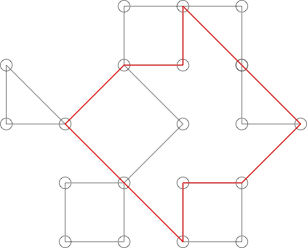 This cycle shares more than one point with a lot of the more obvious cycles in the graph.

Take a simple graph as input and decide whether it is a Cactus graph. You should output two distinct values one for True and one for False. You may take input in any format you see fit.

This is code-golf so you should aim to minimize the byte count of your answers.

Checks: (find all cycles, there are no duplicate edges) and (The graph is a connected graph)

Try it online! (simulates STDIN to run all test cases at once)

Takes input as an adjacency matrix from STDIN.

To detect these conjoined cycles, we:

The first bullet has the side-benefit of making the connectedness easy to test: if a path exists between every pair of distinct vertices, then the graph is connected.

If input could be taken via STDIN as n followed by n*n rows of boolean values, 13 bytes could be saved, but it doesn't feel right.

A lot of generator for-loop code is repeated, so surely there's a better way. I tried itertools.product, but that ended up with a net cost of +9 bytes. I might have to go with exec/string-replacement abuse like in Baba, which could especially help with for i in Q being used four times.

Not the answer you're looking for? Browse other questions tagged code-golf decision-problem graph-theory or ask your own question.

2
Racketeer Taxi Driver
13
Find the Chromatic Number
11
Count the trees
12
Build a 4-vertex Connectedness Tester using NAND gates
16
Strongly Connected Components
15
Calculate Treewidth
23
Determine if a Graph is Toroidal
13
Is it bipartite?
16
Is it a Hamiltonian cycle on a grid?
14
Spanning tree of a rectangular grid