(This is basically the same operation as reversing a hashtable/dictionary, except applied to arrays instead.)

As a code-golf challenge, shorter is better.

Most of the work is done by Matlab's higher-order function accumarray, which groups elements in the second input according to matching values in the first, and applies a specified function to each group. The function in this case is @(x){sort(x).'}, which outputs the sorted elements in each group and causes the results for all groups to be packed in a cell array. 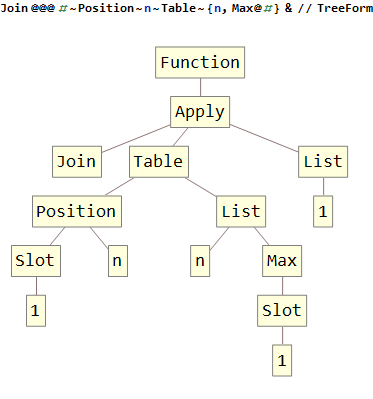 s takes a list of integers and returns a list of lists. 1-indexed to keep the test case inputs unmodified (although the output gets some extra empty lists).

These are pretty straightforward nested list comprehensions. The only slight tweak is taking advantage of the option to make a longer list by using sum instead of maximum.

Surprisingly, a lot more straightforward than the longer solutions. Takes a vector x from STDIN, creates a vector from 1 to max(x), implicitly generates a list of length max(x), and checks which indices in x correspond with those in the new list. Implicitly prints output.

Slightly different approach to the other R answer. Takes a vector to STDIN, creates a list with length equal to the maximum value in the input. Loops over the input and adds the index into the right place.

I am programming on my phone but I really liked this challenge. I can most definitely golf this further.

Saved 2 bytes thanks to @SteveBennett

Too bad there is no built-in for array max value.

I'll run it for you

Returns zero based indexes, to get 1 based use cross operator (X) combined with + op. (33 bytes)

1-indexed, takes X from stdin. Returns a list of vectors of the indices, with NULL as the empty set.

It's a port of the Python answer by Uriel.

I/O: input array via arguments, output to stdout, one per line, separated by spaces.

The order of indices in sets is reversed because P calls itself recursively before updating A$2 (call executed in the evaluation of the right-hand side).

1-based indexing, returns the sets as lists.

zgrepzgrep
1,50177 silver badges99 bronze badges
\$\endgroup\$
Add a comment  |
Welcome to Code Golf and Coding Challenges Stack Exchange! This is a site for recreational programming competitions, not general programming questions. Challenges must have an objective scoring criterion, and it is highly recommended to first post proposed challenges in the Sandbox.