code-golf number integer
Share
Improve this question
edited May 2 '17 at 16:40

Pure function with replaces 0 with 1. The space is necessary or it thinks we are dividing by .0.

The last line isn't code; it's the input number.

Clearly, the best way to approach this challenge is to define 0 to be 1. Problem solved.

Seriously. That's exactly what this program does. 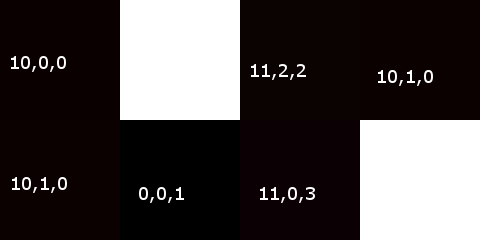 Dash (or other POSIX-compliant shell), 17 bytes

Outputs the max of the input and 1. I think this is the optimal answer, since to use any binary function, there must be a second line with at least two characters.

You can also do the more traditional x+!x for 8 bytes.

Thanks caird coinheringaahing for saving an extra byte!

26
Parity of sum of other elements
28
Halve the falses
29
Swap the parity
35
Remove character at specified index
20
Find an Unrelated Number
16
How many partitions contain only perfect squares?
33
The leading zeroes challenge
19
Make Zero From First 'n' Numbers
19
Round towards zero
34
Round away from zero