Team of The Hill!

This challenge was inspired by @HelkaHomba's excellent challenge Red vs. Blue - Pixel Team Battlebots. That challenge was probably the best one I've seen on this site. Ever.

My challenge is still a lot different, but @HelkaHomba deserves credit for the inspiration.

This is a team king-of-the-hill where your team wins by having all players alive on your team. In other words, last team standing wins. Draws will be re-done.

You are on a board. You know your position on the first round (tick 0). You also know who is in the area around you:

In this case, you are all alone (or so you think) with no-one around you. You can see surrounding items in the first argument to your ontick handler. More about the API later.

Your team is determined by your user ID. To find that out, click on your profile picture: 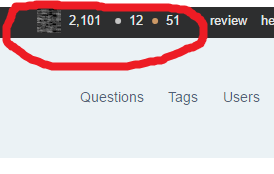 Then find your user ID in the address bar:

If it is odd, you are on the blue team.

If it is even, you are on the red team.

You're welcome for the hand-drawn circles.

The red players will start near the top of the map, and the blue will start near the bottom. You are given special info on the first tick (turn) in the environment parameter for the ontick function. I recommend storing that. See the API for details.

Turn order is randomized initially, but then stays the same.

You may only do one action per turn.

If you move into a wall, or another player, nothing happens.

The array indexes are from starting in the top left, going right, than down, not including yourself:

There are 23 in total, and their relative locations are stored in the global constant fiveByFive:

When you want to talk to someone, you call this.sendMessage(recipients, team, data). The data can be anything you want, and you can send it to anyone you want, even players on other teams. This can be used to trick poorly-programmed bots, but all players can see who sent a message and who's team they are on.

Send something to a bot named "redisbest":

Send something to the entire red team

Send something to everyone

Send something to the entire red team and a bot named "blueiscool":

Your code must consist of a single call to the createBot function. Nothing else. Sample code:

(You are free to copy-paste this. Just modify it for your team, etc.)

On the first tick

The indexes of the array are explained here:

Your bot effectively sees this:

Useful for passing data to the move function as well as interpreting aroundMe. See above.

Useful for the this.dig() function in the ontick handler.

The controller will be run from my machine on localhost for performance reasons, but you can use the CodePen to test your bot out.

Note that you must paste your code in the console and press Enter before you click run. You can paste in as many bots as you'd like. The "Test bots" are examples for you to test against. If you can beat or tie all of them, you have at least a decent bot.

Rules (enforced by the controller)

Rules (enforced by me, can result in DQ)

Here are some bots:

This bot randomly chooses an action. Well, it's a weighted random, but still pretty random. If you can kill this bot (it will eventually kill itself, that doesn't count), than you have at least a decent bot. Post it and see what happens!

My bots have a name beginning with "x" and a team of "none". You are welcome to use some of this code, but please do at least some modification. If you can't be bothered to at least tweak a number, you won't win.

Please use this format:

Comment below! Please check to see if there is already a comment with that. If there is one already, upvote it.

Want to talk to your team?

Use the chat rooms for red and blue.

Currently, only JS and something that compiles to JS is supported, but if you know of a way to get other languages to work with Nodejs I would be happy to port the controller to Nodejs.

Help your team! Creating a bot that is designed to help another bot and work together. This strategy worked well for Red vs. Blue - Pixel Team Battlebots

I will accept the highest voted answer on the winning team. Keep in mind that earlier answers tend to get more votes, but their weaknesses are more likely to be found and exploited.

Very scared of people. Goes away from the first person (or landmine) it sees. Otherwise, it moves randomly. Note that this is not competing, just an example. Try to beat it!

As warned in chat, I never wrote anything in javascript in my life, so if you find any mistake, please tell me! (Thanks to @programmer5000 for already helping me with it)
The concept of this bot is that it communicates with other bots from the same team and send them its position along with a map of the mines it found. It tries to join the closest blue bot (if one send its position data [given as an [x,y] array]), and stays near it (with its back to it as much as possible), killing approaching red bots or looking ahead for mines.

Blue, blue, my world is blue

Mostly random, but will bomb if surrounded, and favors checking around and killing over moving.

This bot searches for a spot with at least 1 free cell on each side then plants a mine. It camps on it until an enemy approaches. When someone draws near, he'll step back back and forth on his mine to bait the other bot on it. He'll also rotate and kill if needed. When he doesn't have any mine left, he'll seek refuge on the top-left corner with its back to the wall and retaliate if he's threatened.

No special teamplay here, apart from broadcasting his position to his team with self keyword.

Backup 1 another blue bot (forgot to do this earlier)

Blue fighter moves and landmines randomly and rotates toward red players. If the surrounding blocks have more red than blue, it bombs. If it is facing a red player, it kills it.

SuperStormerSuperStormer
1,01766 silver badges1616 bronze badges
\$\endgroup\$
Add a comment  |
Welcome to Code Golf and Coding Challenges Stack Exchange! This is a site for recreational programming competitions, not general programming questions. Challenges must have an objective scoring criterion, and it is highly recommended to first post proposed challenges in the Sandbox.

17
Food shortage in the Snakepit
133
Red vs. Blue - Pixel Team Battlebots
12
Capture The Flag
27
King of the Hill - Firefighters
10
Guard your can with your life!
4
King of the Torus!
47
Let's Play Mafia!
61
Art Attack KoTH
17
Ball game King of the hill
15
King of the Ziggurat