Sum the numbers on standard in

Consider a stream/file with one integer per line. For example:

Your code should output the sum of these numbers, that is 227.

The input format is strictly one integer per line. You cannot, for example, assume the input is on one line as an array of integers.

You can take input either from STDIN, in form of a filename, or a file with a name of your choice; you can choose which one. No other ways of getting input are allowed.

The input will contain at least one integer. You can assume all integers are non-negative and that their total sum is less than 232.

We initialize i and s to 0. For each iteration, we add s to i and load in a new s from stdin. Lua has implicit string -> number coercions when doing numeric operations on a string.

Takes entire stdin and turns it into a string, gsubs over the entire string to extract lines, uses implicit number conversion and adds the lines to i, then prints i.

Note the trailing space after the +.

A Ly builtin that would beat the accepted answer if it wasn't a 2-byte builtin...

The IP starts from the top of the triangle, moving Southeast. So the first code that is executed is this:

That simply reads integers as input until there is no more input.

This is how the interpreter sees the next part:

Read in the file called f, cast to longs, sum up:

The solution in K4 is 10 bytes. Eequivalent to sum value each read0 `:f in Q:

As long as there are numbers left to read, the program loops through the first line:

Once we run out of numbers to add, control flow goes to the second line:

-4 bytes thanks to @JoKing

As a bonus, this works if no numbers are passed, and supports pretty much any separator other than digits and -.

Firstly, we should make our file, so using direct mode, type:

To make sure that they are there, print them to the screen, as follows:

This should appear on the display: 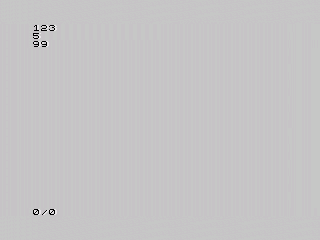 Now, to save this to file (as the variable stack is saved along with other important memory locations used by the interpreter), simply type:

If you're using a real ZX81 then press play and record on tape, whilst emulators like EightyOne will create a tape image for you.

Now clear the RAMs with:

Now rewind the tape (or the emulator should auto-detect and start the virtual tape from the beginning), and type:

So our file is back in memories, so we need to add it together. Simply:

And the answer is: 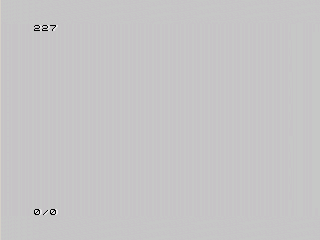 *I specify 16K because any less and the ZX81 will typically rearrange the memory and this could affect the var stack (mostly to do with collapsing the DFILE), as the DFILE is static with 16K then this should be less of an issue.

**The ZX81 file is saving more than just the VAR stack of three whole variables above, and although each number appears to be an integer, the ZX81 is storing these variables as 24-bit floating point numbers rather than 1 byte integers.

If we could take each integer as an individual argument of our function then we could do this:

If we have to take a file name as input then use this version instead:

Also prints intermediate results, which doesn't appear to be disallowed

We have std::istream_iterator to read input as whitespace-separated integers, and std::accumulate to add them up.

Try it online! (Chicken Scheme, but this works on other schemes as well)

The integer input mode handles the input format requirement. Then it is straightforward reduction over the stack.

BubblerBubbler
41.5k44 gold badges7474 silver badges235235 bronze badges
\$\endgroup\$
Add a comment  |
Prev 1 2
3
Welcome to Code Golf and Coding Challenges Stack Exchange! This is a site for recreational programming competitions, not general programming questions. Challenges must have an objective scoring criterion, and it is highly recommended to first post proposed challenges in the Sandbox.