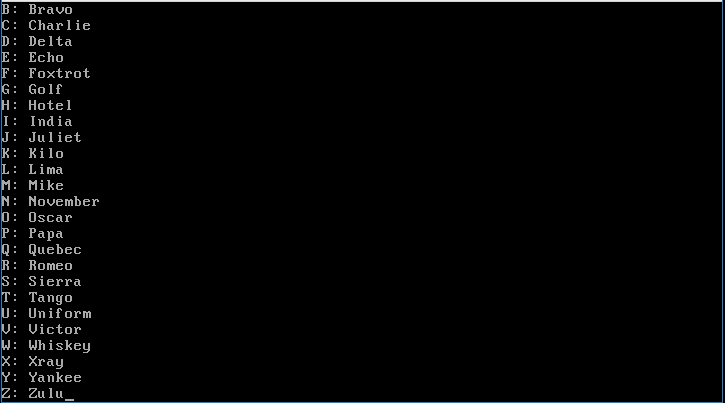 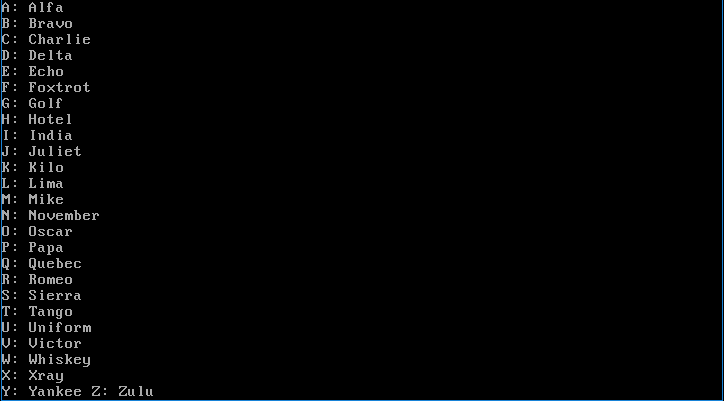 285
We're no strangers to code golf, you know the rules, and so do I
57
Create an Alphabet Song
19
Write a function/method that takes in a string and spells that word out using the NATO Phonetic Alphabet. Titlecase optional
6
Using Symbols for Letters