It's factors all the way down!

This challenge is inspired by this fantastic animated diagram (thanks to flawr for posting it in chat).

Given an input n, draw all of its prime factors as nested polygons of dots, as specified.

For example, given the number 357 = 17x7x3, you arrange 3 dots in a triangle, 7 versions of those triangles in a heptagon, and 17 versions of those heptagons in a 17-gon. In short, nested polygons going from the largest prime factor on the outside to the smallest on the inside. For 357, your answer should look a little like this (with or without color): 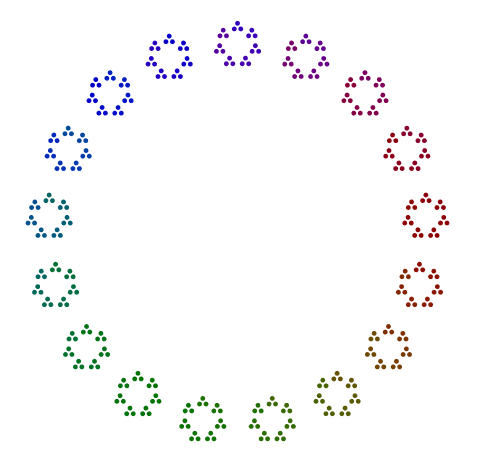 Every polygon of every prime >= 3 should not be rotated around the diagram.

The only exception is the prime 2, specifically for odd powers of 2. As you can see in the example for 376 = 47x2x2x2 below, the 8s rotate and are not single lines of 2s, but are vertical stacks for 4s in a square. Even powers of 2, arranged in squares, do not need to be rotated in this way. 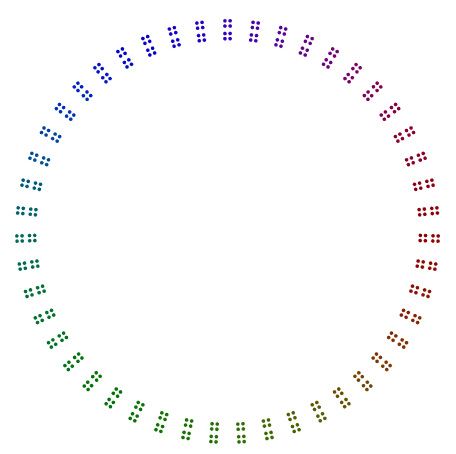 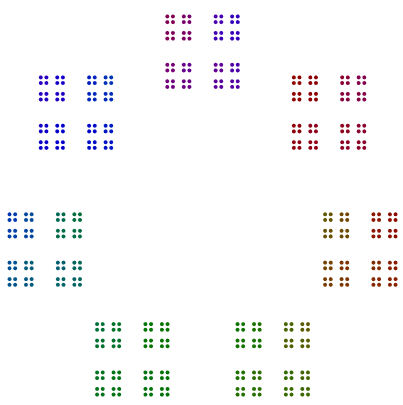 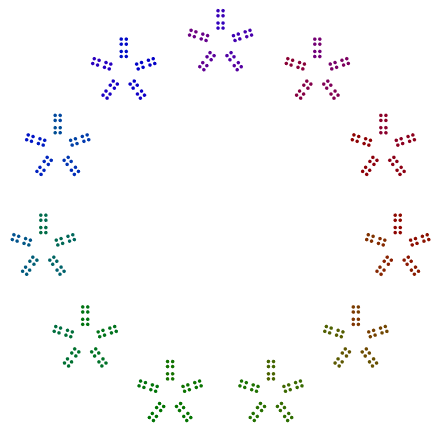 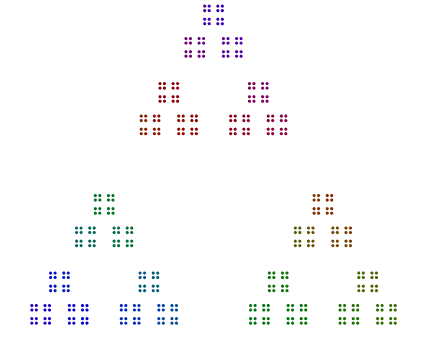 And finally, here is a minimal example, 10 = 5x2, without color that I mocked up with Python and its turtle module. 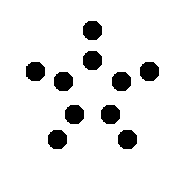 Thanks to Conor O'Brien, EasterlyIrk, Martin Ender, Kritixi Lithos, Mego, DJ McMayhem, and El'endia Starman for their help in writing this question.

It took quite a bit of messing with the spacing of the polygons (and the specification, too, to be honest) to get this answer to work, but I finally did it and hopefully other answers can start coming in. 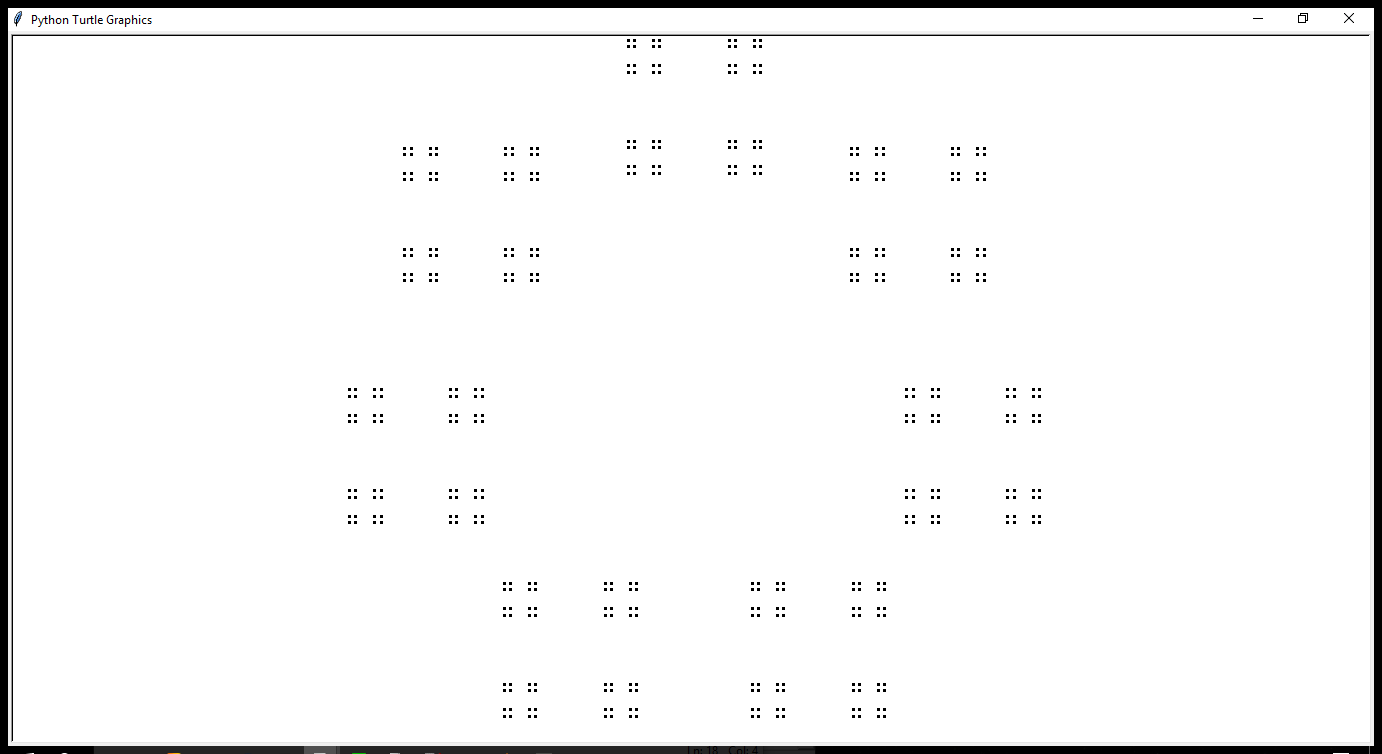 Not the answer you're looking for? Browse other questions tagged code-golf graphical-output primes fractal or ask your own question.