The A series paper sizes are defined by the following requirements:

given an input f[n] output A0 divided into n subdivisions.

Here, A0 is given by f[1], but this indexing isn't essential.

Much shorter than before! I always forget about the bitshift operators in BBC BASIC for windows as they weren't available on my old computer back in the day.

Uses zero indexing, which I prefer. Thus 0 outputs the paper for A0, 1 outputs A0 divided into a pair of A1s, etc.

It is necessary to alternate between halving the X and Y coordinates, but doing that in an array would have cost too many bytes. Instead I use the fact that BBC basic has a block of static integer variables A%..Z% of 4 bytes each stored in contiguous memory. I store the X and Y values in A% and C% and access using the pointer to %B modified by the value of d, which alternates between 4 and -4. 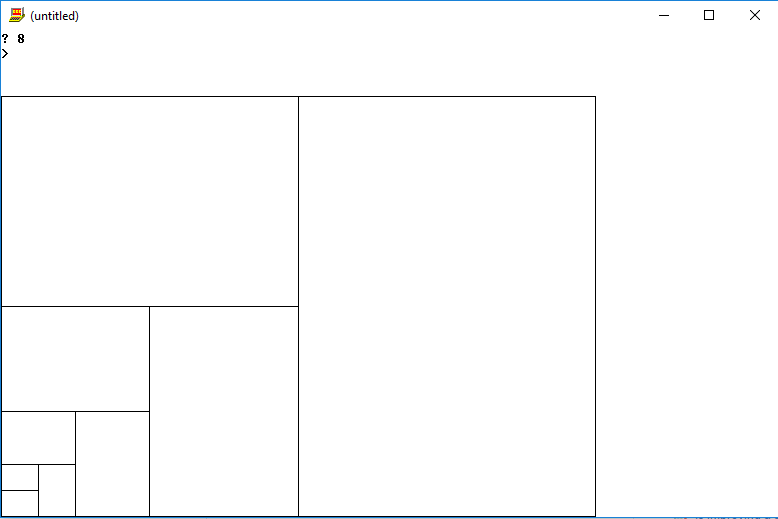 Thanks @martin for 1 byte.